This project is in “limited-maintenance” mode. I will not spend any of my time supporting it. You can still open PRs if you must, or you can take over if you wish. I'll mark the project as deprecated and stop supporting it altogether in some months.

This is an Emacs interface to the Stack Haskell development tool. 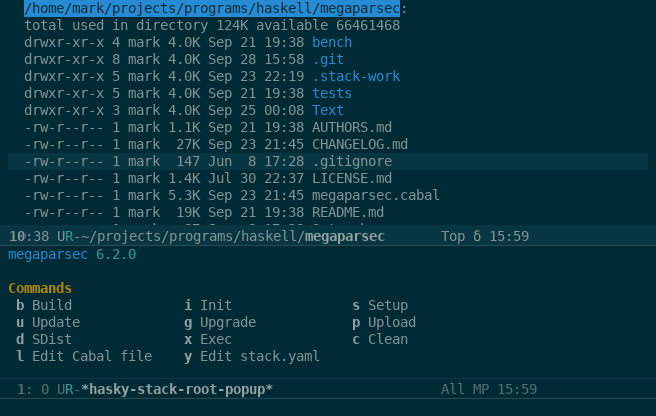 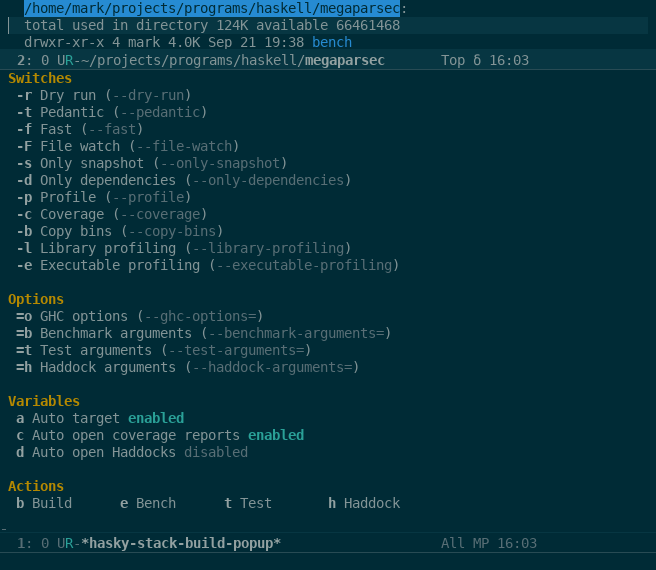 Download this package and place it somewhere, so Emacs can see it. Then put (require 'hasky-stack) into your configuration file. Done!

It's available via MELPA, so you can just M-x package-install RET hasky-stack.

There is a number of variables that control various aspects of the package. They can be set with setq or via the customization mechanisms. This way one can change their default values. However, sometimes it's desirable to quickly toggle the variables and it's possible to do directly from the popup menus: just hit the key displayed under the “variables” section.

There is a number of customization options that are available via M-x customize-group hasky-stack.