A 6DOF arm control system designed to inspire and educate the next generation of scientists and engineers. http://flappyarm.xyz
Find file

Flappy Arm is a team based game in which a team of players controls joints on a robotic arm to cooperatively pick up and move objects. The aim of Flappy Arm is to inspire and educate younger students about the multi-disciplinary effort required to create similar real world robots and systems. Furthermore the arm acts as a proof of concept reflecting on real world possibilities and applications including: 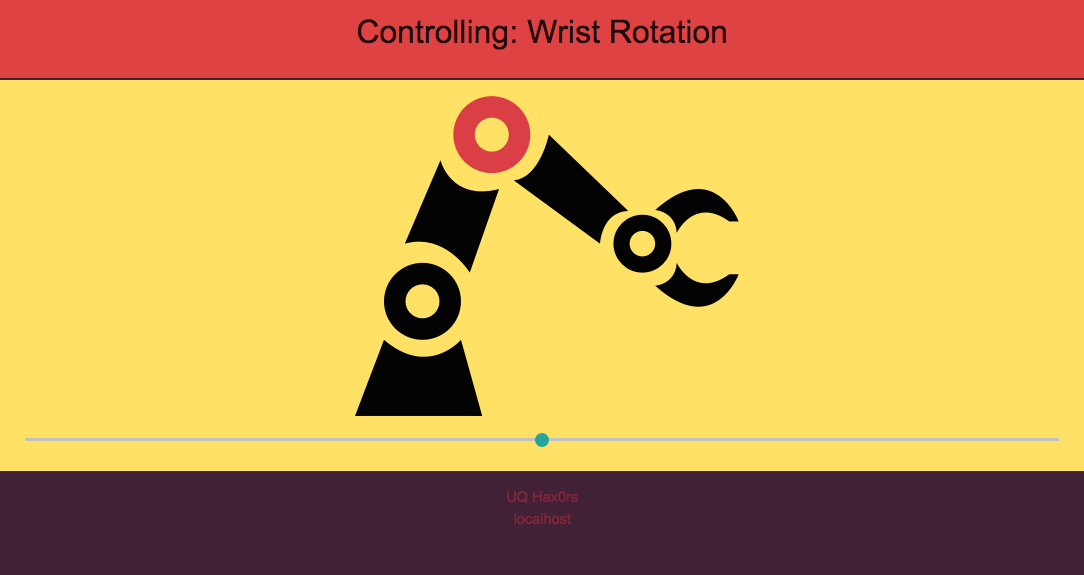 The key features of the control interface are:

The Robotic Arm is based off the "Robotic arm with 6 DOF" ancastrog. It is a 6 Degree of Freedom (DOF) arm with an extra axis for the pincer allowing for 7 concurrent players. Currently the control system has not been generalised as to allow any arm to be connected however it is a planned feature. If you would like to connect an identical arm ensure that the scripts in the 'RPI' folder are stored and ran on the Raspberry Pi that is the main controller of the arm.

The program was developed in Python 3 and is not backwards compatible. To run the control interface simply run python3 main.py under main-controller.

If you would like to contribute to the project, you can find it on GitHub.

FlappyArm is licensed under the MIT license. For more information, refer to LICENSE.