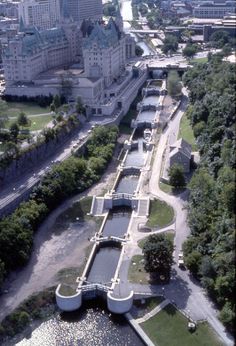 This is a new lock manager that allow a bit more concurrency for some of our resource management.

The manager may, in some rare circumstances, allocate for more resources than what is expected (see the Algorithm section for details on this), which we tend to find preferable to under-allocation in our production systems where it is being used.

Do I need this Library?

Probably not. It's for a very particular kind of locking that assumes:

Under such a scenario using a single counter as a lock, we could get the following chain of events:

And from there, it's possible to get a very, very messy interleaving where counters get nothing less than corrupted. The interleaving above would yield the following counter values:

And here, A, B, C and D all got a lock, but E didn't, while the counter got stuck indicating 5 locks. Just because of this, we now have the potential case where we are undercounting locks, and enough of these interleavings could leave us in a state where all locks are seen as used, but none are actually in use. A perpetual livelock.

If this problem happens to you, then this library might be for you. See Behaviour Under Concurrent Resizes for details on how this library would make the interleaving above work.

The tests currently include EUnit tests, and a bunch of property-based tests that are commented out because they take a long time to run. Uncomment them if you wish. All of these tests can be run by calling:

There is also a Concuerror suite to test all the potential interleavings of a sequence of locks and resource resizing.

Somehow the test takes very long to finish (it's been run for days without either finishing nor finding an error), but more work would be required to make it terminate in a reasonable amount of time in the future.

To run that suite:

The canal lock manager works by using two parameters: buckets and a number of resources per bucket. For example, assuming we would like 3 connections per database back-end at most, and that we have 1 backend, the Buckets value would be 1, and the MaxPer would be 3.

The lock manager does allow more than one lock acquired per process and will monitor for failures.

It's a well-known secret in the Erlang community that ETS tables are an easy way to optimize your code. They provide destructive updates in a well-isolated context, concurrency primitives other than a mailbox, and decent concurrent access.

ETS tables are basically an in-memory key-value store living within any Erlang VM, implemented in C. They have automated read and write lock management, but no transactions. They provide optimized modes for read-only or write-only sequences of operations, easily scaling to many cores. They also offer atomic access to counters, with the following properties:

With these primitives only, it becomes possible to write a user-land mutex. So if I want to have a mutex allowing 5 locks to be acquired, I start with a counter set to 0. I can then do as follows:

To release a lock, just decrement the counter with a floor value set to 0. If I have lock 1 and decrement by 1, the counter is back at 0 and we're fine. Now there's a fun problem here: Because our atomicicity constraint limits us to writing before we read anything, and because between those two writes anyone else can touch the value, there's no good way to react when we decrement the counter and see the value 5 being returned. This means we just decremented a null lock, from 6 to 5, and the next person to lock will hit 6 again!

There's a conundrum for you. The correct way to fix this one given our constraints is that whenever we hit 5, we try to unlock a second time (so that 6 --> 4, freeing the lock we had acquired properly). But it's possible that in between these two operations, someone else attempts to acquire the lock! Whoops.

We enter a potential infinite livelock where the operation order is:

If any unlock sequence can manage to do its thing twice in a row, we'll be fine, but there's no guarantee this will ever happen!

This leaves us oscillating between 5 and 6 nearly indefinitely. So what we do is add a liveliness constraint to the problem. We say that when we try the above more than say, 10 times unsuccessfully, we say "forget it" and decrement by 2. This has the nice effect of never livelocking, but the nefarious effect of sometimes leaking a request:

What we built on these foundations was a simple prototype that showed very good performance, entirely satisfactory. But this would have been too easy if it had worked right out of the box.

My locks keep being resized

One of the very tricky aspects of locking dynos is that numbers of dynos isn't fixed. This means that at any given time, the lock itself may need to be made larger or truncated!

To see how this happens, let's imagine the following scenario, where 6 requests in their own processes (A, B, C, D, and E, started in that order) try to lock the same application. The router allows only 3 locks per dyno, and the app has 1 dyno.

At the time A and B were started, 3 locks at most were allowed. Concurrently, the user boots a dyno, so by the time C and D get started, 6 locks were made available in total. Then the user scales down, and only 3 locks are available again.

This gives us an interleaving where the following locks are owned or active at each request:

Which works fine. But if we imagine a more compact timeline, we could very well end up with:

For the following lock values:

And all of a sudden, we're stuck with 5 locks, with only 4 of them actually acquired! Instead of leaking requests through, we're leaking locks through. This means that under a system with these properties, individual apps would eventually become unable to acquire any resource! The problem is that a single counter like that is not amenable to being resized safely, because we use an overflow value (Limit+1) to know when it's full. D'oh!

Canal lock is the next level to make this work. The gotcha at the core of canal lock is that there is no reason for us to have only one counter per application if the counter value is per-dyno. We can just go back to a per-dyno counter (without a queue!) and iterate through them. So rather than having 3 locks available and then 6 within the same counter, we start a second counter for the app. So for one dyno I have a single [3] counter. For two dynos, I have [3,3], for three dynos, [3,3,3], and so on.

What we do then is to try to lock each single counter in order, starting from the first one:

And so on. Each of these locks is like an individual one.

To decrement them, we do the opposite:

So rather than having a O(1) algorithm, we end up with O(n) where n is the number of dynos, but unless someone has millions of dynos (which just doesn't happen), the lock mechanism should be very fast.

For the earlier case of A, B, C, D, and E with maximal interleaving, we now see:

What's interesting about this one is that we properly respect the number of locks registered to the number of locks acquired, and that even though locks are acquired in any order, they get accepted or denied based on how many resources each request thinks it should respect. This means that no matter what the interleaving is, requests spawned at a time where many dynos were available will be able to act as such, and peacefully coexist with requests created when fewer dynos existed. This means that we maintain both the global lock constraints while maintaining each requests' own local view of what they should be able to use.

The manager must be started first, with a single parameter being the maximal number of locks per bucket (in the example abov, 50). This value will be used by the lock manager when decrementing counters.

When trying to acquire a lock, the caller will know:

These values must be tracked and reused for releasing the locks.

When acquiring the first lock a call is made with these. Automatically, the algorithm will begin at bucket 1, and will try an atomic ets:update_counter/3 operation on {{Key, 1}, Counter}.

When a lock notification is received, the manager monitors the calling process and creates two entries in a private ETS table: {{Pid, Key}, MonitorRef} and {MonitorRef, Key}.

This is done asynchronously.

Two types of releases may happen: an orderly release following a 'release' call by the caller or the caller dying.

Releasing a lock is done synchronously, the idea being that if a caller tries to acquire multiple locks one after the other (sequentially), it should be rate-limited in its operations, to protect the lock manager.

This could become necessary when there are so many requests and locks that the manager cannot keep up with the notifications of "I just locked a thing", "I just released a lock", or "I died, please release my lock". Then there is a risk of eventually exploding the manager's mailbox and killing the node. A variant of the algorithm could be made asynchronous, but safety was deemed important for this initial version.

In any case, the first step is to identify the highest bucket active (done by looking for {Key, highest} in the table). Starting with that bucket, the lock counter is incremented atomically by -1 (thus reducing the lock count). Four return values are possible:

After each of these possible cases has returned, the unlock is consiered successful and a call is made to the lock manager, mentioning the key and process that released it.

Upon reception, the lock manager deletes the two internal entries it had, unmonitors the process.

If the caller died before sending its notification of release, the lock manager will receive a DOWN message for each individual lock the process had acquired.

On this release, the manager looks up the key associated with the caller by looking up MonitorRef (returning {Ref, Key}), and then deletes that entry from the table, and the {{Pid, Key}, Ref} entry.

It then starts an internal release process identical to the one the caller would have made on its own (this is why the lock manager is configured with a resource value indicating the max amounts of locks when started.)

It could be interesting to make that loop asynchronous, but benchmarking would be needed before considering it an optimization.

Given this timeline (the same as earlier):

The state transtions would now be:

Whenever the counter for one resource overflows and the call mentions more resources being expected, a new counter for a new resource is allocated.

This explains the requirement for always locking from lowest bucket to highest, and for releasing from highest to lowest.