A simple OpenGL application to simulate a flocking species using GPU programming with Nvidia's CUDA using the interopability between CUDA and OpenGL.

Using the CUDA Interopability, you can use CUDA and OpenGL together. To learn more about the interop, please read this https://www.3dgep.com/opengl-interoperability-with-cuda/

The steps for the interopability that this project uses:

Here's all the CUDA stuff is stored in. There are three GPU passes.

Contains all the OpenGL code. This example is just a simple OpenGL application with only one VBO and a single draw call.

Manages the imgui window and holds all the configurations.

All the flocking simulation is done in kernel.h. For each boid, following information is stored in seperate arrays, allocated on the device (GPU):

For simulation, all the boids are initialized in a random position, with a random direction (this is done in init_kernels()). Each frame, via the launch_update_kernel function, a kernel is launched with one thread per boid on the GPU (the update_kernel). Here, the following steps are calculated for each boid:

kernel: "CUDA C extends C by allowing the programmer to define C functions, called kernels, that, when called, are executed N times in parallel by N different CUDA threads, as opposed to only once like regular C functions." source

Shoot me an email: baguiov[at]posteo.net 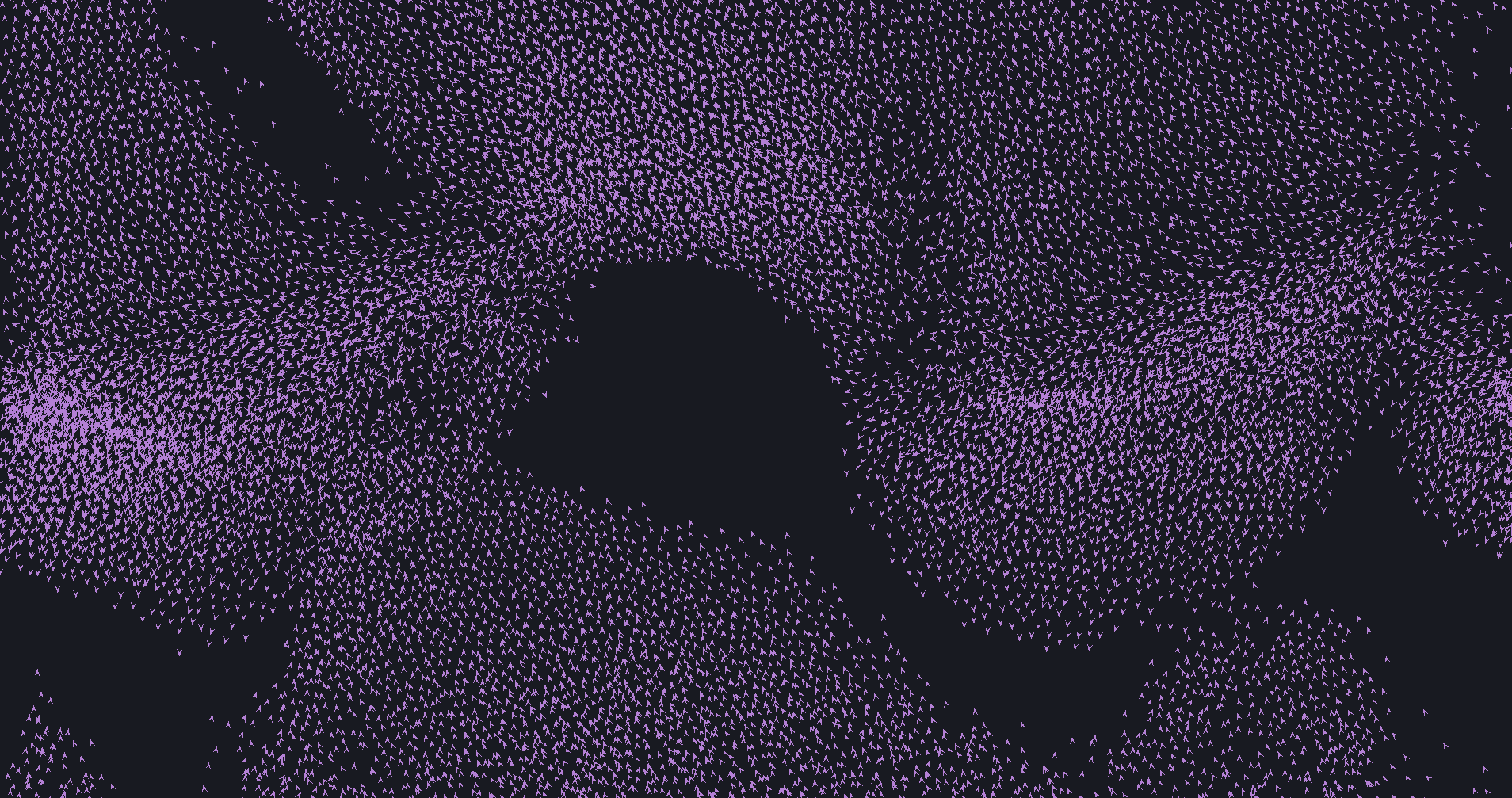 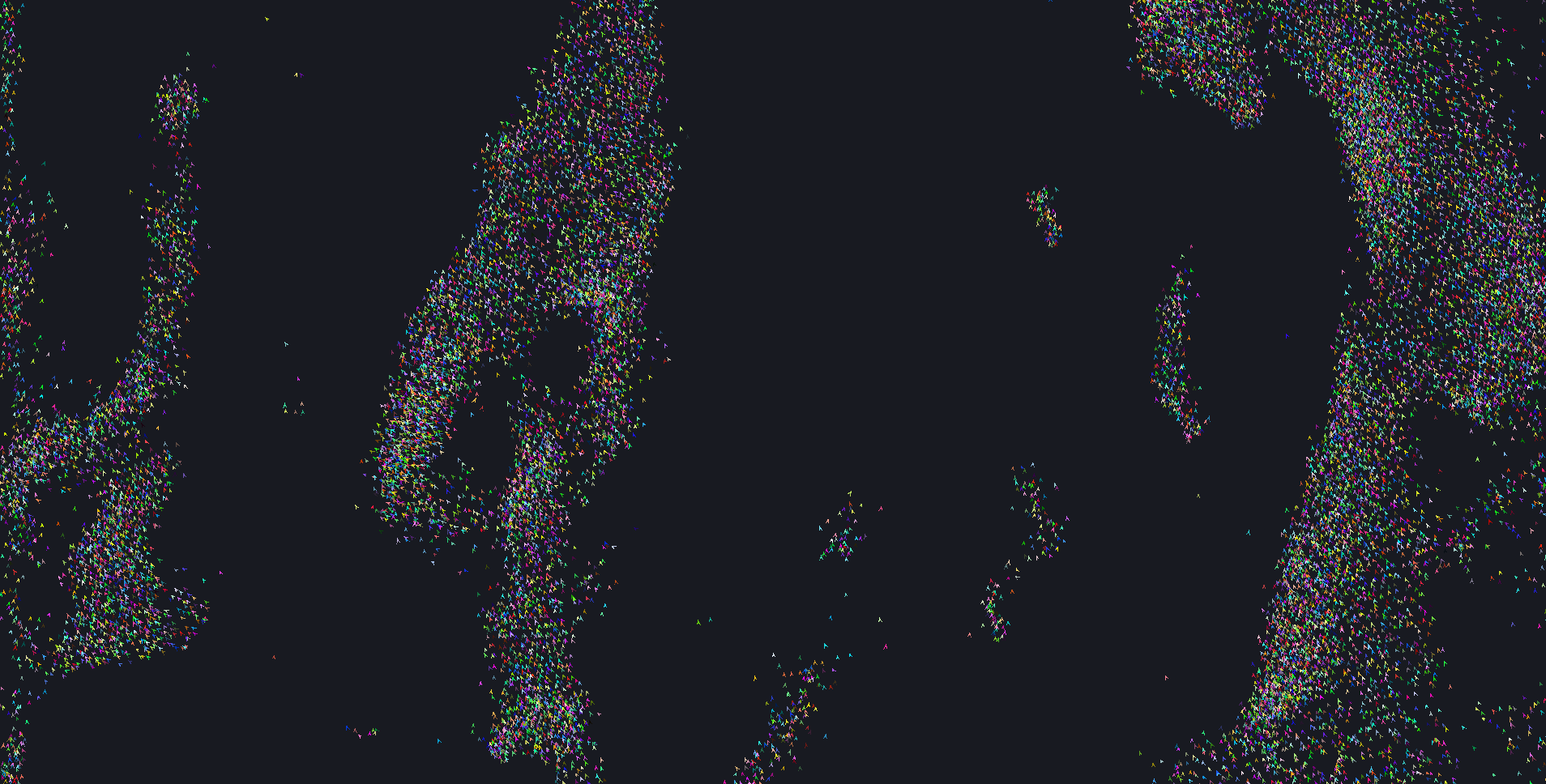 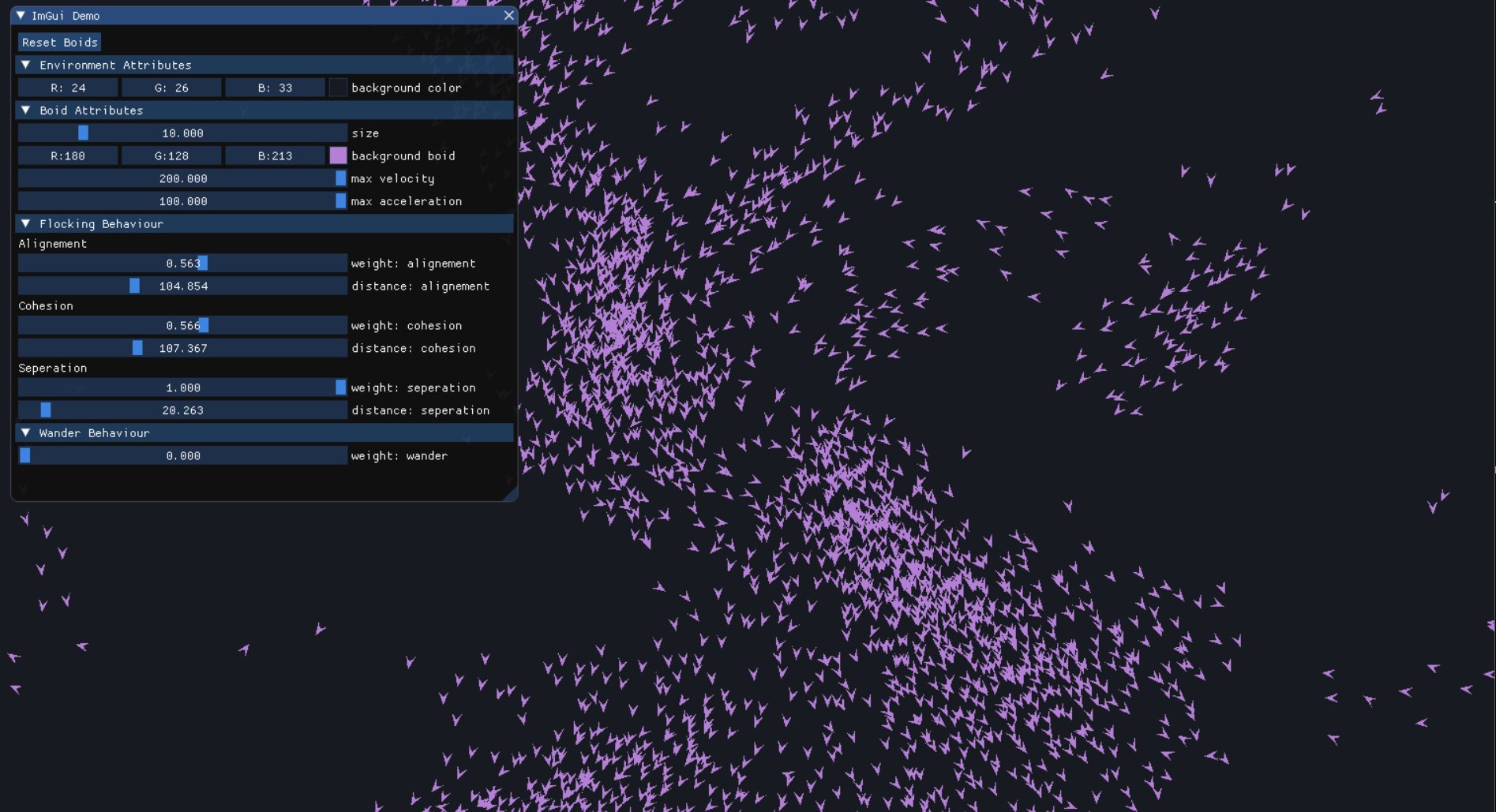