A mini release that will likely be the last before the migration to holochain-rust. This release includes additional bug fixes and an updated version of clutter.

Note: Please use the previous release for Windows

To be frank we would have liked to make much more progress but most of our dev efforts went to supporting the Holo ICO. That having been said, we were able to move things forward over the last months, and it's defintely time for a release, so: this Alpha 1 release includes a number of API additions and improvements, and experiments. as well as bug-fixes. Alongside of this release we have improved the UI and behavior of our sample apps.

Here are a few of the more noteworthy changes and the tickets where they were implemented, (for details please check the commit log):

Clutter lives in its own repository (https://github.com/holochain/clutter) but we continue including a copy in the Holochain release builds. With this release Clutter shows some major changes:

There is one thing to mention with regards to Clutter and following users that are not online when your node is online: Their handle and all their meows have been shared with the DHT when they were online. But, the only validation schema that is implemented in Holochain right now is source validation. That means that every node needs to verify every entry (handle, meow, ...) by checking it against the source, which is the node it originated from. If somebody came online in Clutter while you were offline, the DHT will gossip this information to you but you won't see them in the UI yet because these entries are held locally as unvalidated. Your node needs to see the source at least once to trust that these entries are real. Future version of Holochain will include proxy validation through DHT nodes.

This is an interim bug-fix and minor improvement release. Here are some noteworthy fixes and the tickets where they were implemented, for details please check the commit log:

This release marks the initial operational milestone of the major components of Holochain along with a whitepaper that describes the system.

The files below include a build of Holochain and our example app "Clutter" - a decentralized Twitter clone on Holochain. 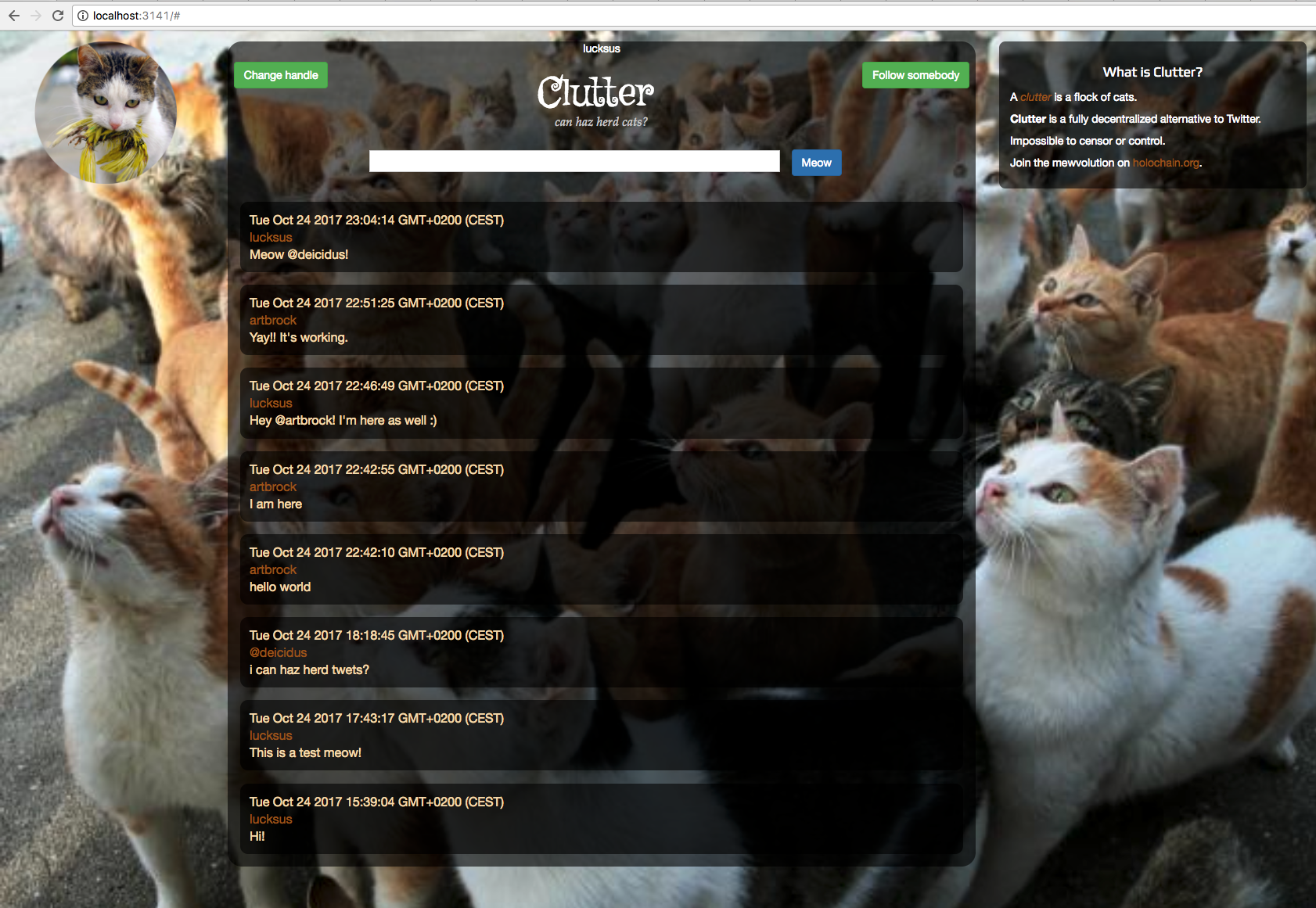 We call this the "Adventurer" release because it's an early release appropriate for those with an open adventursome spirit, to play with. Many things will change in upcoming releases, and we recognize that you will likely to encounter difficulties on the way. We invite you to contact us on our gitter channel if you need help.

Here are some things NOT included in this release:

Please see our Waffle for a more detailed list of missing features and known problems slated for the next releases.