Erlang grab bag of useful functions. it should have been called swiss army knife but katanas are deadlier 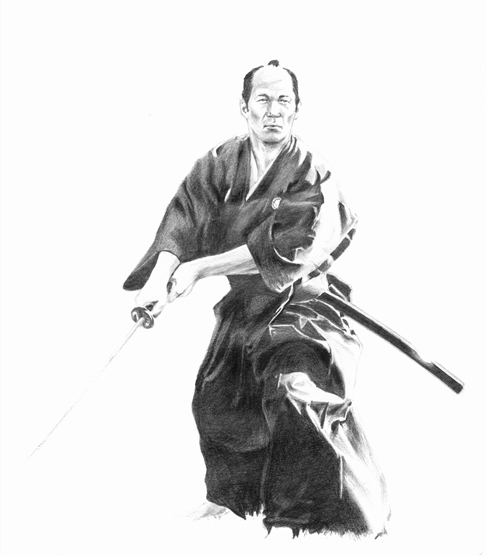 Even if you love Erlang as we do, from time to time you might ask yourself why some functions you normally find in other languages are not part of the erlang's standard library. When you ask yourself that type of question you should remember that an estimated 2 million people are currently working in COBOL and 1.5 million new lines of COBOL code are written every day. After feeling bad for those developers, you should send a pull request to erlang katana with the functions you use on a daily basis.

To sum up this is a grab bag of useful functions (ideally). 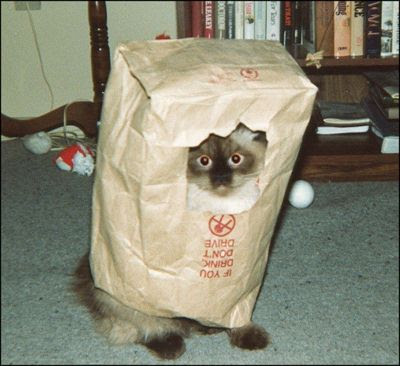 And you can check all of our open-source projects at inaka.github.io

This module contains functions to manipulate date and time values.

With shift_days(Datetime :: calendar:datetime(), N :: integer()) you can move the date expressed in DateTime, N days to the future or to the past.

With shift_months(Date :: calendar:date(), N :: integer()) you can move the date expressed in Date, N months to the future or to the past.

This module contains functions that are nice to have in your user default module, and thereby added to your shell. To use them, copy the ones you want into your ~/user_default.erl module.

test_response/3 provides some useful checks regarding request responses. The call to test itself does not fail, test_response will return ok if the test passed and {error, Reason} when it does not.

To have it fail on the same test use assert_response/4. test_response/4 is intended to be called as:

The first argument is what part of the response must be tested, and may be one of: status, headers or body.

The second argument must be a map with at least three keys:

The status test matches the response status agains some regex pattern. It has a short form for specifying return codes: the third argument must be a string, either representing the exact return code, a string representing a partial return code (using the ? character as a wildcard, e.g. "20?", "4??"), or a regular expression as processed by the re module. You cannot specify patterns with a ? in the second digit position, e.g. "2?1".

If the status test fails, it returns {error, {nomatch, Pattern, Status}} where Pattern is the provided pattern to match agains and Status is the response status.

The headers test compares a list of headers agains those present in a response. The comparison can check whether the set of headers provided matches exactly (with exact) or if it is a subset of the response headers (with partial). The headers list of is a list of {Header, Value} tuples. Note that the elements in both headers lists do not have to be in the same order, nor have the same case.

If the test should fail, the possible error values returned are:

The body test's third argument may specify whether the body must match a provided regex ({partial, Pattern}) or match a given body exactly ({match, Text}).

Possible error values for the body assert are:

What is a recipe?

Recipe (noun): A set of conditions and parameters of an industrial process to obtain a given result.

A recipe is a series of steps to obtain a result. This word was chosen because 'procedure' is overloaded in computer sciences, and it is not exactly a finite state machine.

ktn_recipe arose from the need to restructure code implementing large application business logic decision trees. Long functions, deeply nested case expressions, code with several responsibilities, all make for unreadable and unmaintainable code. Every time one needs to make a change or add a feature, one must think about the non-obvious data flow, complex logic, possible side effects. Exceptions pile upon exceptions, until the code is a house of cards. If one is lucky (or responsible), one has comprehensive test suites covering all cases.

A better way to structure the code would be preferable, one that makes the flow obvious and separates responsibilities into appropriate code segments. One way is a finite state machine. OTP even has a behaviour for exactly this purpose. However, gen_statem does not exactly fit our needs: To begin with, gen_statems run in their own process, which may not be what is needed. Second, logic flow is not immediately obvious because the FSM's state depends on the result of each state function. Finally, a gen_statem transitions only on receiving input, whereas we are looking for something that runs like normal code, "on its own". So, our FSM will be defined by something like a transition table, a single place you can look at and know how it executes. This specification will "drive" the recipe.

The most common case envisioned is a sequential series of steps, each of which makes a decision affecting later outcomes, so our design should be optimized for a single, linear execution flow, allowing for writing the minimum amount of code for this particular case. Keep the common case fast.

The simplest use case: create a module using the ktn_recipe behaviour. It must export transitions/0, process_result/1, process_error/1 and a series of unary functions called step functions. transitions/0 must return a list of atoms naming the step functions, in the order in which they must be called. Each step function takes a State variable as input and if the step was succesful emits {ok, NewState} with the updated state, or {error, NewState} if it was unsuccessful. After running all the steps, process_result will take the resulting state as input and should emit whatever you need. If one of the state functions returns {error, NewState}, then process_error/1 will be called taking the resulting state as input and should handle all expected error conditions.

The main functions are ktn_recipe:run/2-4. These will run a recipe and return the result.

Recipes may be specified in two ways, which we call "implicit" and "explicit", for lack of better words. In implicit mode, we pass run/2 a callback module implementing the ktn_recipe behavior, which implements all necessary functions. In explicit mode, we explicitly give run/4 the transition table, a function to process the state resulting from running all recipe steps to completion, a function to process erroneous states, and the initial state of the recipe.

Step functions have the following type:

The recipe state may be any value you need, a list, a proplist, a record, a map, etc. ktn_recipe does not use maps itself, although the test suite does.

The initial state passed to run/2-4 will be passed to the first step as-is, and the subsequent resulting states will be fed to each step.

The step functions should, if possible, have no side effects. If so, and the recipe ends in an error state, it can be aborted without worrying about rolling back the side effects.

For example, if the recipe involves making changes in a database, these should be made in the process_result/1 function, once it is certain that all steps completed successfully.

In implicit mode, the module must export process_error/1 and process_result/1; in explicit mode you may pass whichever function you desire. The purpose of the 'result processing function' is to transform the resulting state into a usable value. The purpose of the 'error processing function' is to extract the error value from the state and do something according. If you are unfortunate enough to have unavoidable side effects in your step functions, you may undo them here.

In explicit mode, a transition may be either be an external function, i.e. fun module:function/arity, or a ternary tuple {F1, I, F2} in which the F1 and F2 elements are explicit functions and the I is the transition input. This form reprensents a transition from step F1 to step F2, if F1 outputs {Input, State} instead of {ok, State}.

In implicit mode, in addition to the se two forms of specifying step functions, an atom may be used. The module in which the function resides is assumed to be the provided callback module, hence it is 'implicit'.

Also as stated, in any mode, the return value of step functions must be one of:

Before running a recipe, run/2-4 will 'normalize' the transition table to remove implicit assumptions and so that it is composed only of ternary tuples explicitly listing every transition. As a debugging aid, this function normalize/1 is exported by the ktn_recipe module.

We could implement this as a recipe with four steps:

get_conversation fetches it from the database. If it has already been deleted, it could return {error, NewState} and store the error in the state. Likewise for get_contact, and get_status. get_api_version would extract the api version from the request header or url, and store the result in the recipe state. If all steps complete successfully, process_result will effectively make the call to delete the conversation from the database.

Using ktn_recipes, you could structure your application as:

The handlers would have the sole responsibility of handling the request, i. e. parsing URL, header and body parameters, verfying them and invoking the correct recipe. Recipes would implement the business logic. Entity modules would abstract management of your systems entities, including issues such as caching, and eventually persisting the changes to the storage medium or obtaining the required information.

What if something goes wrong?

The function ktn_recipe:verify/1 takes either a recipe module or an explicit transition table and will run several checks to verify that it will run correctly. You may use this function to test your transition tables. Note that verify/1 is implemented as a ktn_recipe, so you can use it as an example.

If a step throws an exception, it will not be caught. That means you may see some of ktn_recipe's internal functions in the stacktrace. In general, the most common errors will be:

Erlang grab bag of useful functions. it should have been called swiss army knife but katanas are deadlier