A graph database written in rust 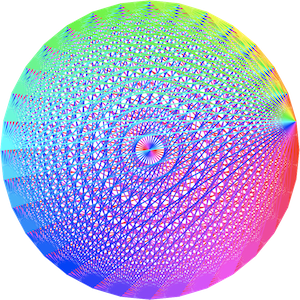 A graph database written in rust.

IndraDB consists of a server and an underlying library. Most users would use the server, which is available via releases as pre-compiled binaries. But if you're a rust developer that wants to embed a graph database directly in your application, you can use the library.

IndraDB's original design is heavily inspired by TAO, facebook's graph datastore. In particular, IndraDB emphasizes simplicity of implementation and query semantics, and is similarly designed with the assumption that it may be representing a graph large enough that full graph processing is not possible. IndraDB departs from TAO (and most graph databases) in its support for properties.

For more details, see the homepage.

This should start the default datastore.

By default, IndraDB starts a datastore that stores all values in-memory. This is the fastest implementation, but there's no support for graphs larger than what can fit in-memory, and data is only persisted to disk when explicitly requested.

If you want to use the standard datastore without support for persistence, don't pass a subcommand; e.g.:

If you want to use the standard datastore but persist to disk:

You'll need to explicitly call Sync() when you want to save the graph.

If you want to a datastore based on sled, use the sled subcommand; e.g.:

If the sled directory does not exist, it will be created.

NOTE: The sled datastore is not production-ready yet. sled itself is pre-1.0, and makes no guarantees about on-disk format stability. Upgrading IndraDB may require you to manually migrate the sled datastore. Additionally, there is a standing issue that prevents the sled datastore from having the same level of safety as the RocksDB datastore.

If you don't want to use the pre-built releases, you can build/install from source:

Use make test to run the test suite. Note that this will run the full test suite across the entire workspace, including tests for all datastore implementations. Similarly, you can run make bench to run the full benchmarking suite.

You can filter which tests run via the TEST_NAME environment variable. e.g. TEST_NAME=create_vertex make test will run tests with create_vertex in the name across all datastore implementations.

A graph database written in rust