This is our third tech demo of our new C++17 game engine which is based on Vulkan API. We are currently refactoring our engine so it makes extensive use of RAII. This means there is nothing new to see here compared with 0.1.0-alpha-2, but a lot has changed under the hood which is of interest for game engine programmers.

It is very important to keep testing when doing a refactoring. This way, we make sure everything that worked before refactoring is still working after it :). 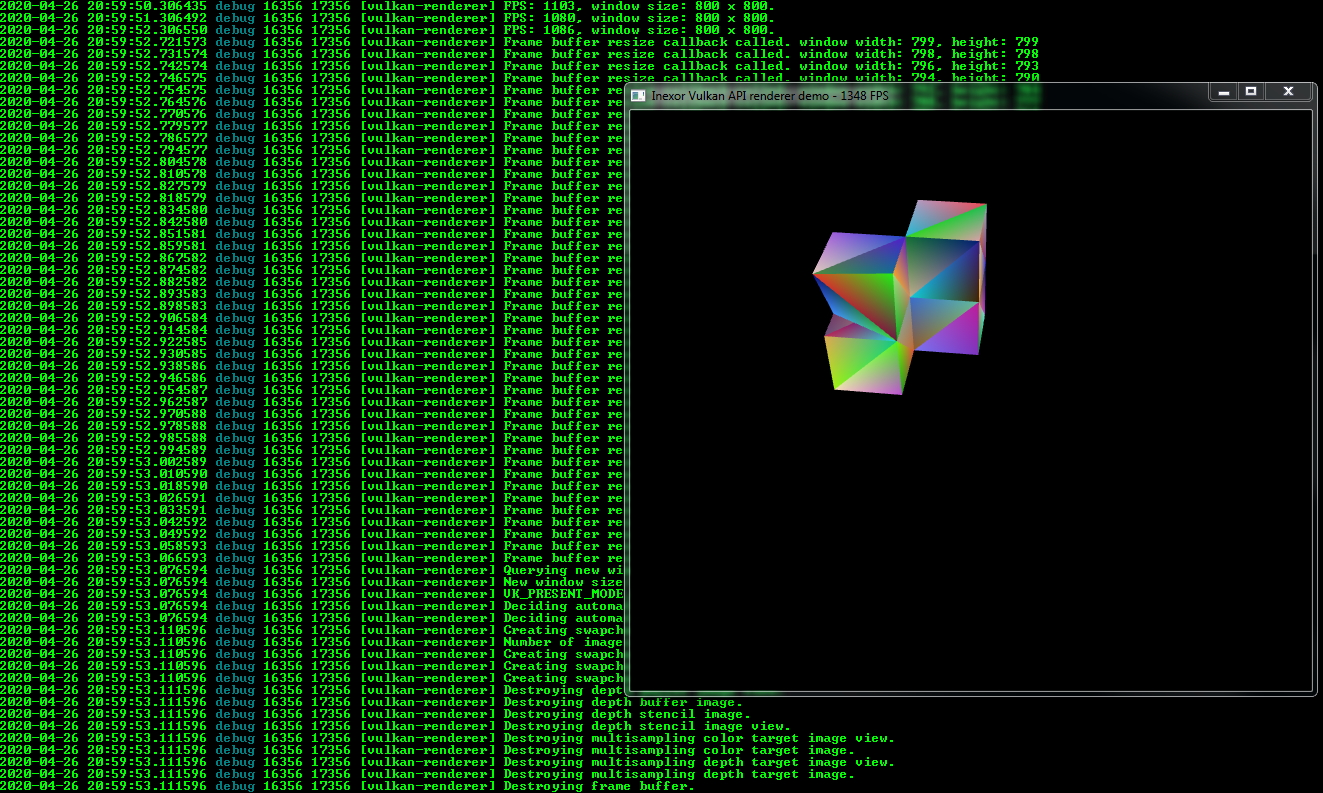 We need your feedback! Join our discord: https://discord.gg/acUW8k7.

Update your graphics card before testing :)

Hold down left mouse button and move the mouse to rotate the octree.

Let there be octree..

This is our second tech demo of our new C++17 game engine which is based on Vulkan API. In this tech demo, we added a simple implementation of an octree data structure which is being converted into vertex geometry.

We are working on a proper glTF 2.0 implementation.

We need your feedback! Join our discord: https://discord.gg/acUW8k7.

Thanks to the help of our contributors, we maanged to set up Travis and GitHub actions CI.

Update your graphics card before testing :)

Hold down left mouse button and move the mouse to rotate the octree.

This is our very first tech demo of our new game engine which is based on Vulkan API.
Vulkan is a new low-level application programming interface (API) for fast graphics programming and computation.
Click here if want to know more details about Vulkan API.

What is the point of Inexor?

Who is behind Inexor?

Why develop a new game engine?

When will Inexor be playable?

I found a bug in Inexor, what now?

Which systems will be supported?

Does Vulkan require a monster graphics card to even run properly?

Will you have an OpenGL fallback in Inexor for old graphics cards?

Is Inexor a fork of Cube2?

What will be different in Inexor compared with Cube2?

Will you use any code parts from cube-engine?

Will Inexor be compatible with Cube2 or other games?

Can I import my maps from Cube2 into Inexor?

We need your feedback! Join our Discord! 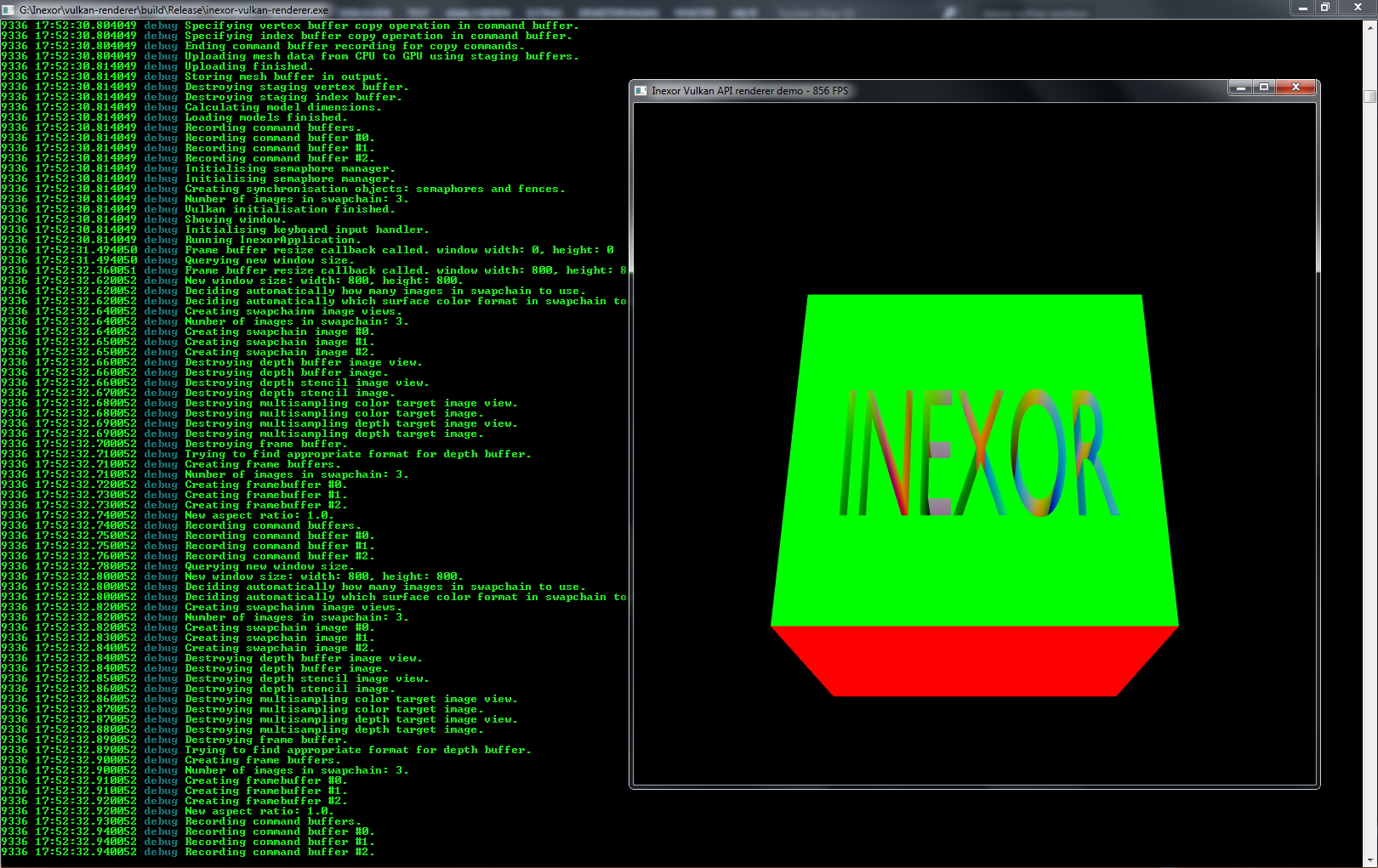 Inexor can be started with the following command line arguments:

-gpu <index> If there are multiple graphics cards installed which support Vulkan API, you can specify which one use with this argument. Just remind yourself that the first index is 0.

-nostats This will force the engine not to display extensive information about the graphics cards available.

-novalidation This will disable Vulkan API validation layers. Only relevant for debug mode.

-no_separate_data_queue This will force the engine to use one queue family for both graphics and data transfer. Keep in mind that this reduces performance! This argument is required to test performance on CPUs which do not offer separate queues.

-no_vk_debug_markers This will disable Vulkan debug markers. Only relevant for debug mode.

If we would live in a perfect world, signing your .exe files with a digital certificate would be free or at least cheap. But since we are not living in such a world, this would cost us at least 150 $ a year we guess. We can't handle this yet for the alpha releases.

Because inexor-vulkan-renderer.exe is not signed (yet), most anti virus programs are not happy with it.
Antivirus software has this tendency to mistrust unsigned binaries by default, which is good btw.
If you don't trust binaries in general, feel free to clone the code and build it yourself :)

UPDATE YOUR GRAPHICS DRIVERS BEFORE TESTING :)