A library to work with SQL syntax trees in F#. Can be used for:

It covers 100% of TSQL, because it leverages the existing TransactSql.ScriptDom C# library from Microsoft, and is able to convert losslessly* back and forth between Microsofts C# type hierarchy, and a new set of discriminated unions in F#.

Check out the intro blog post for an example of the first two. For script generation, you could check out the tests

The main output of this project is a class library, but it also has a windows application with some examples and tools to help use the library (and the C# library from Microsoft). 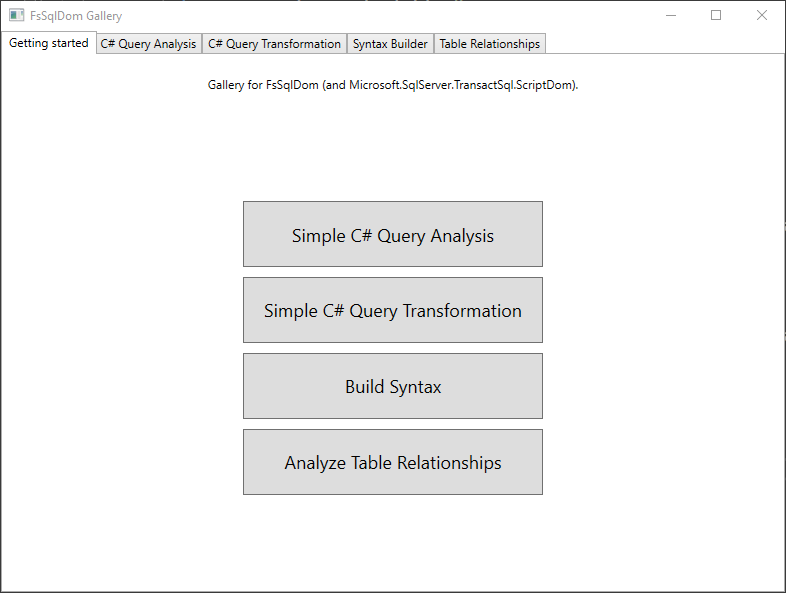 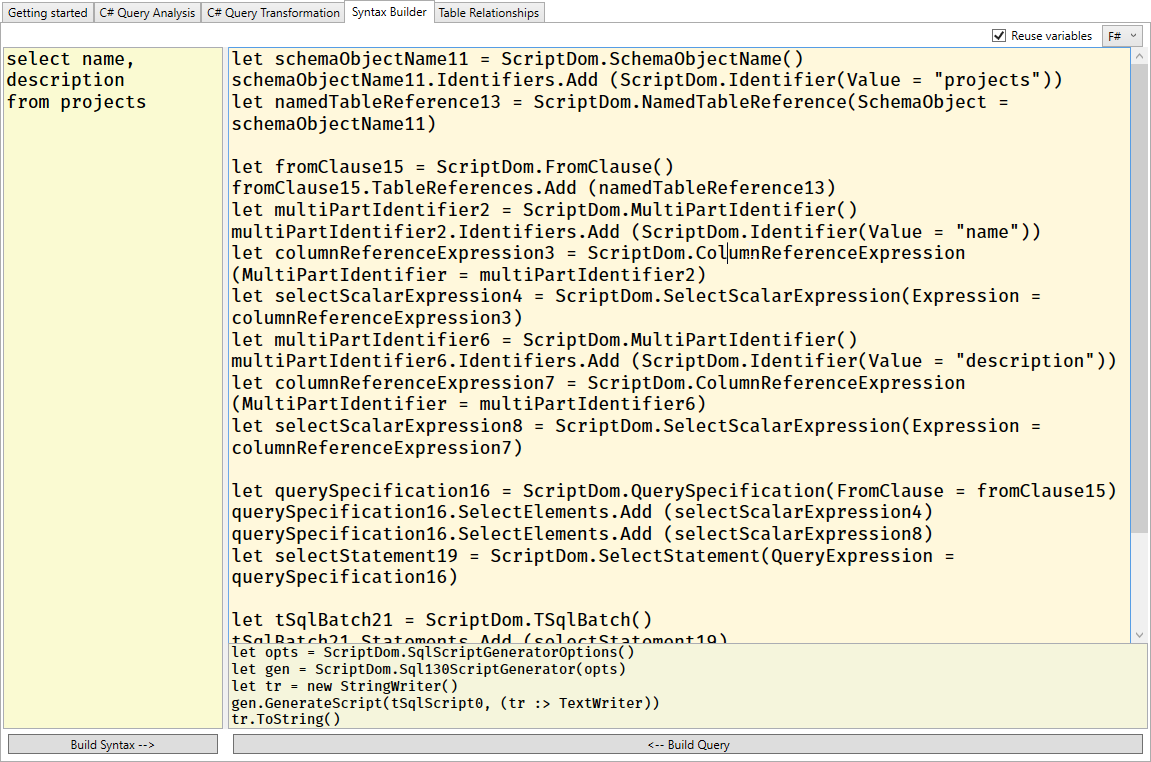