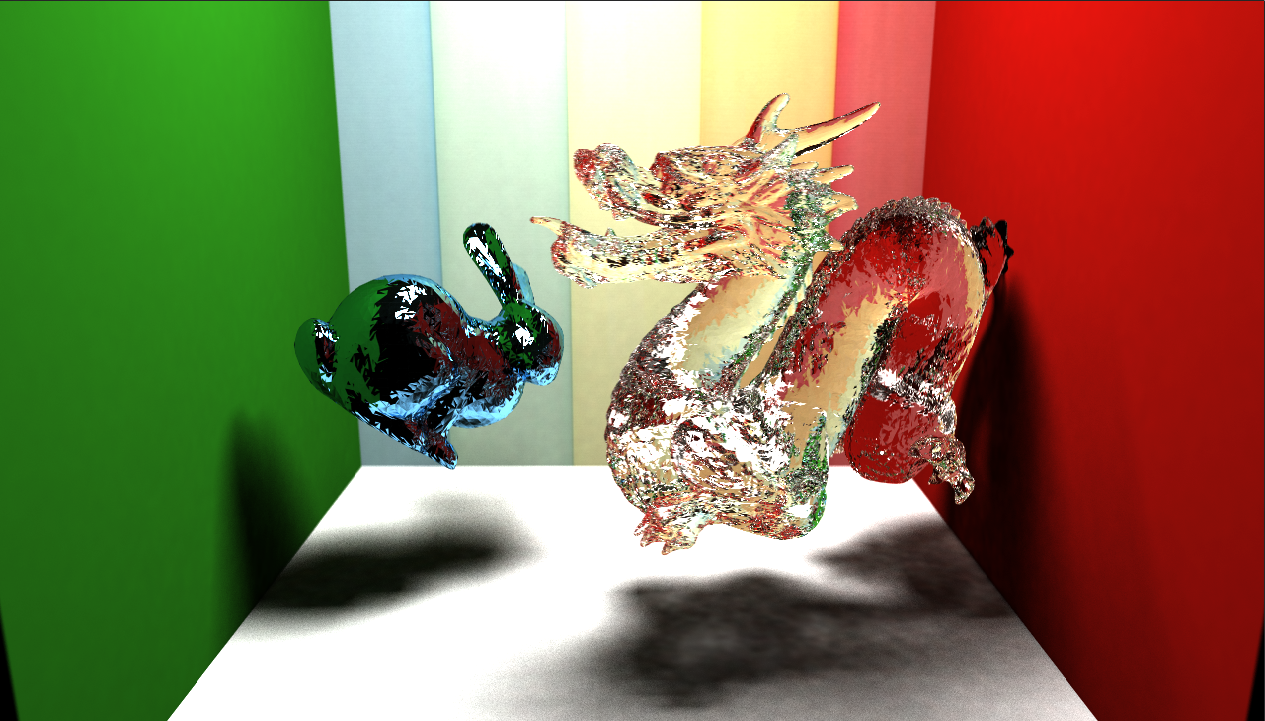 We need a large number of photons to produce a satisfying image. Due to limited memory on GPU, we chose to approach this in a progressive manner based on this paper: Progressive Photon Mapping by Toshiya Hachisuka et. al. We shoot a small number of photons every iteration and accumulate the color of the rendered image. In the ray tracing step, we jitter the sample point in pixels and the camera position such that we get nice anti-aliasing and depth of field.

In order to render large meshes such as Stanford bunny and dragon, we use a KD tree on GPU to accelerate ray and photon tracing. Our KD tree construction and traversal is based on Stackless KD-Tree Traversal for High Performance GPU Ray Tracing by Stefan Popov et. al. We first construct a basic KD tree on CPU, then add ropes (pointers to a node's neighbors) to the leaf nodes. Then we convert the KD tree to GPU compatible format by storing tree nodes in an array and replacing pointers with indices in the array. In intersection detection, we traverse the tree until we hit a leaf node and test intersections with the primitives inside the node. If any primitive is intersected, we stop the traversal and return the intersection. Otherwise, we use the ropes of that leaf node to test intersection of the ray with the its neighboring nodes.

In our program, we allow users to easily switch rendering modes with keyboard input.

2 - Path tracing with both direct and indirect illumination

Here are images of the same scene rendered with path tracing and photon mapping after the same number of iterations: 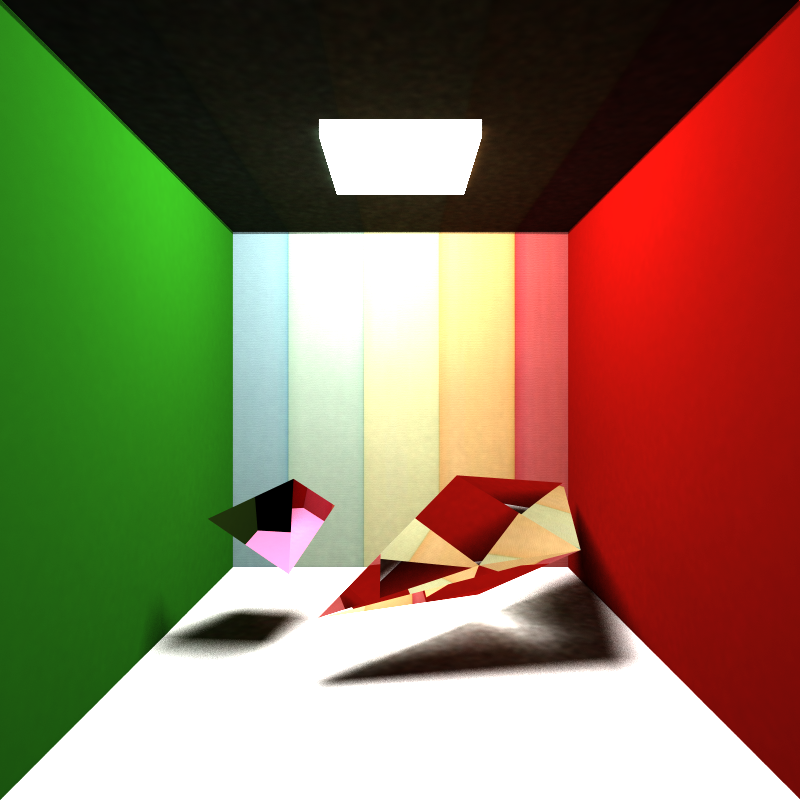 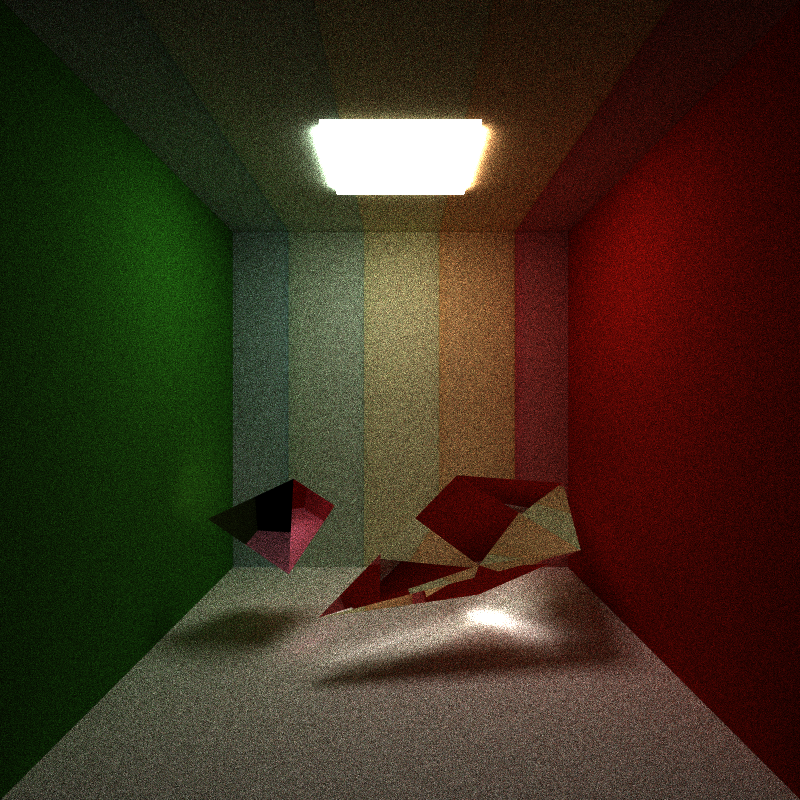 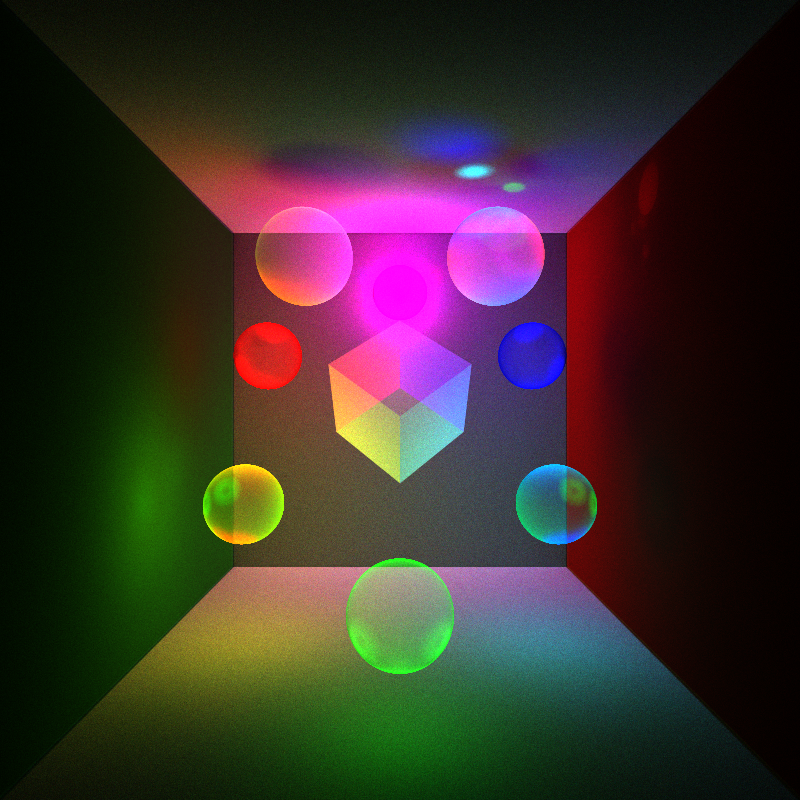 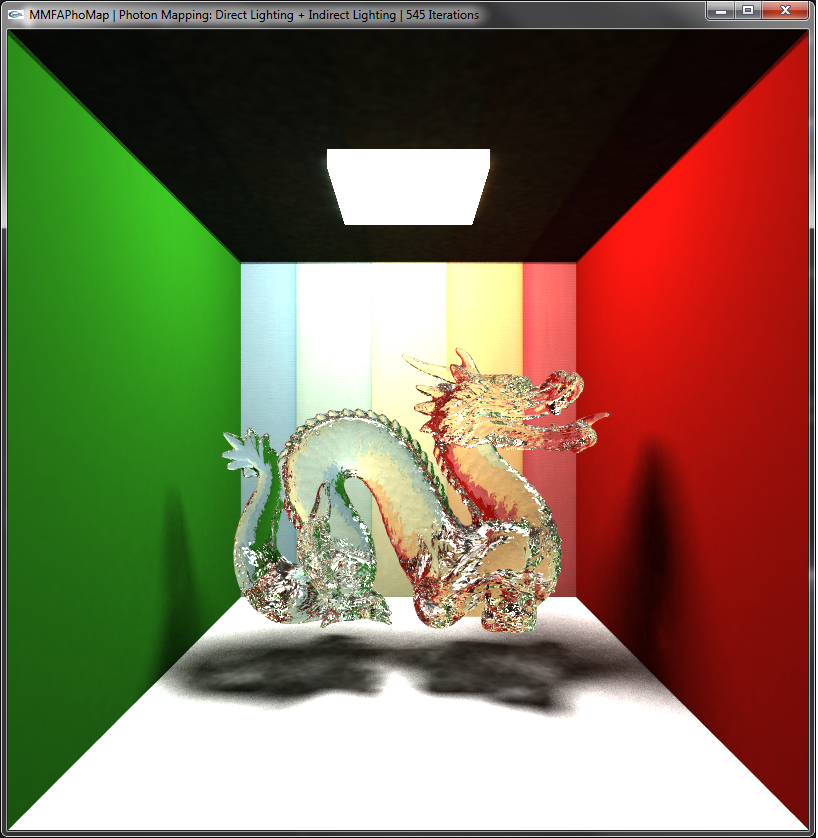 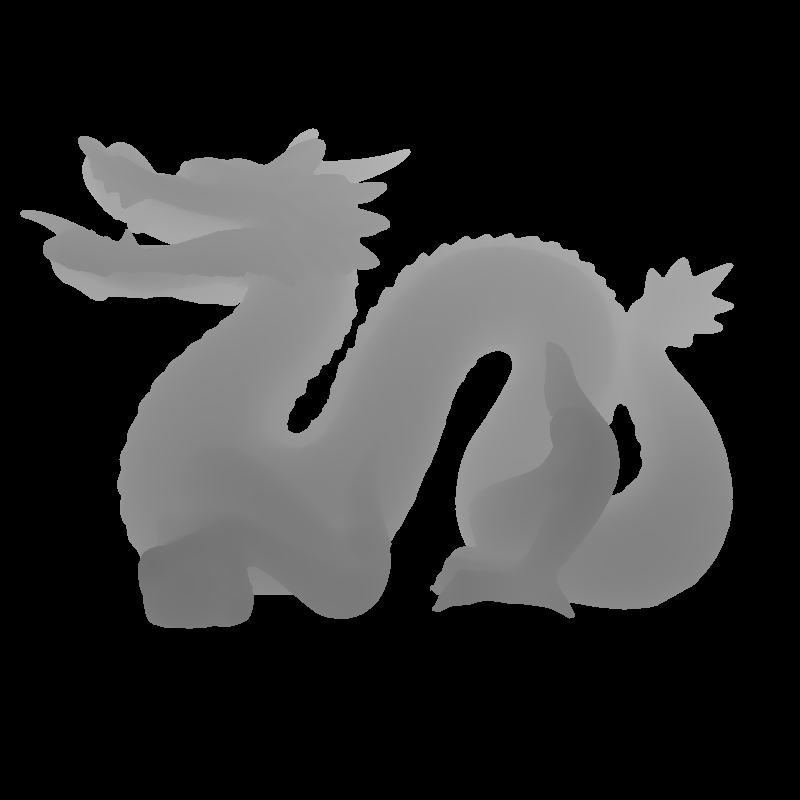 Video with screen captures of our program running: here 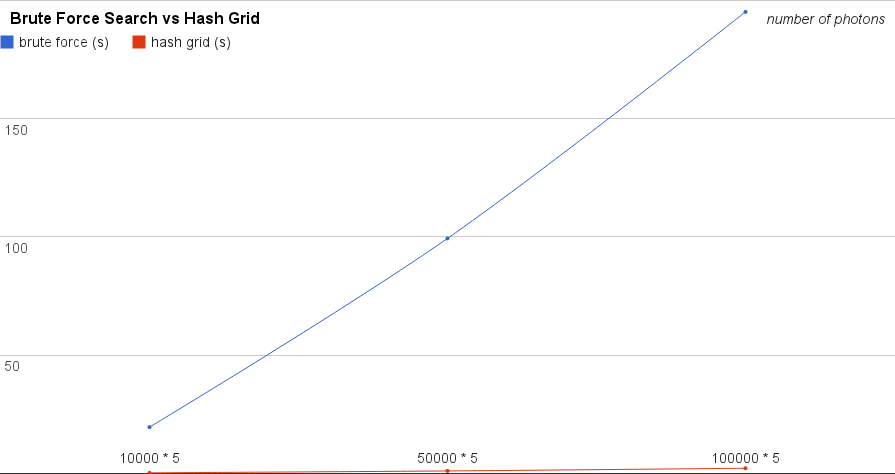 Speed up with KD tree: 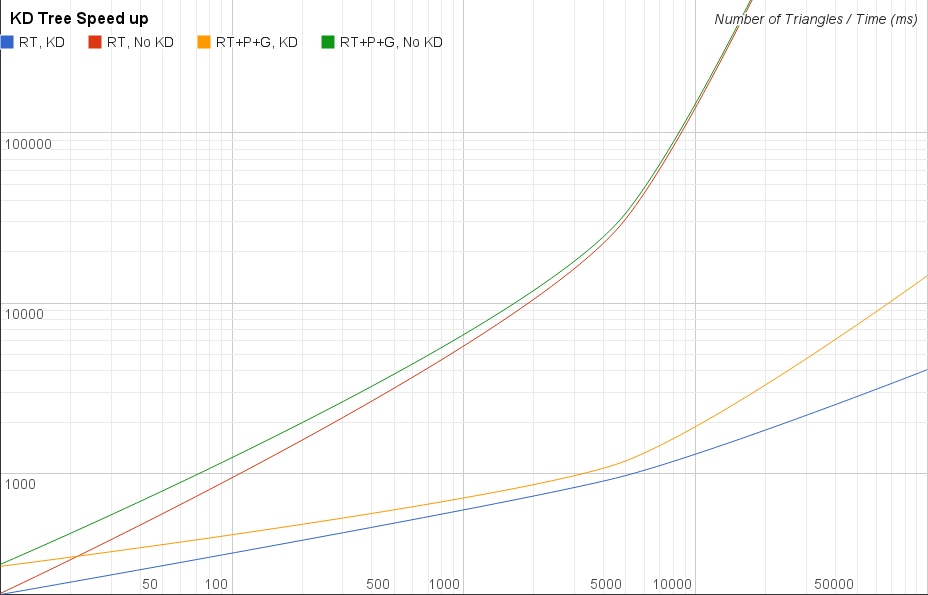 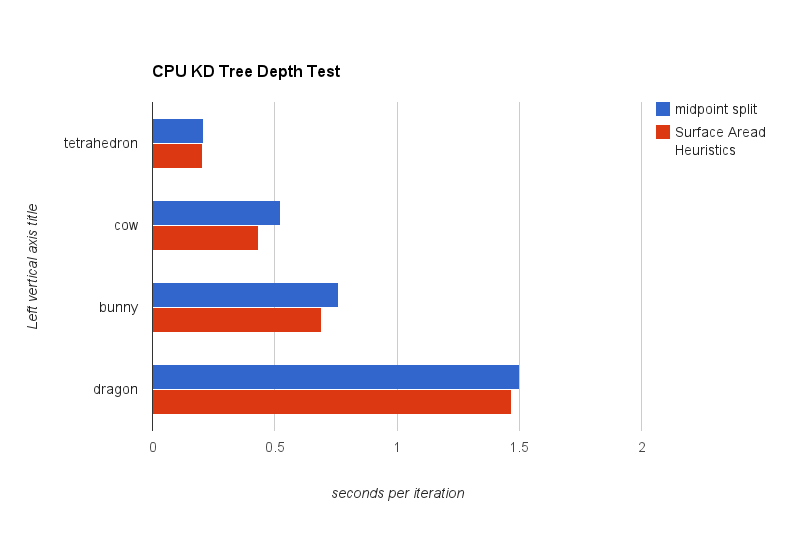 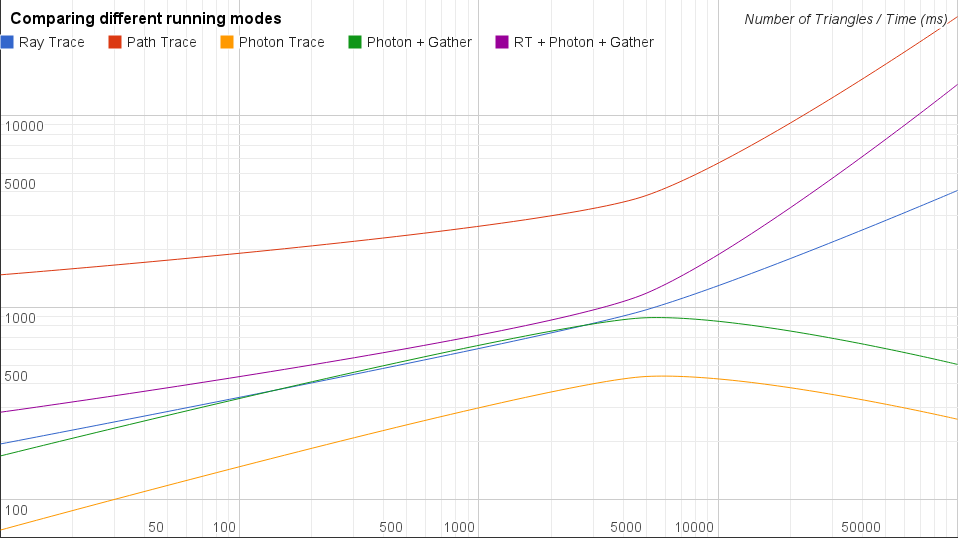