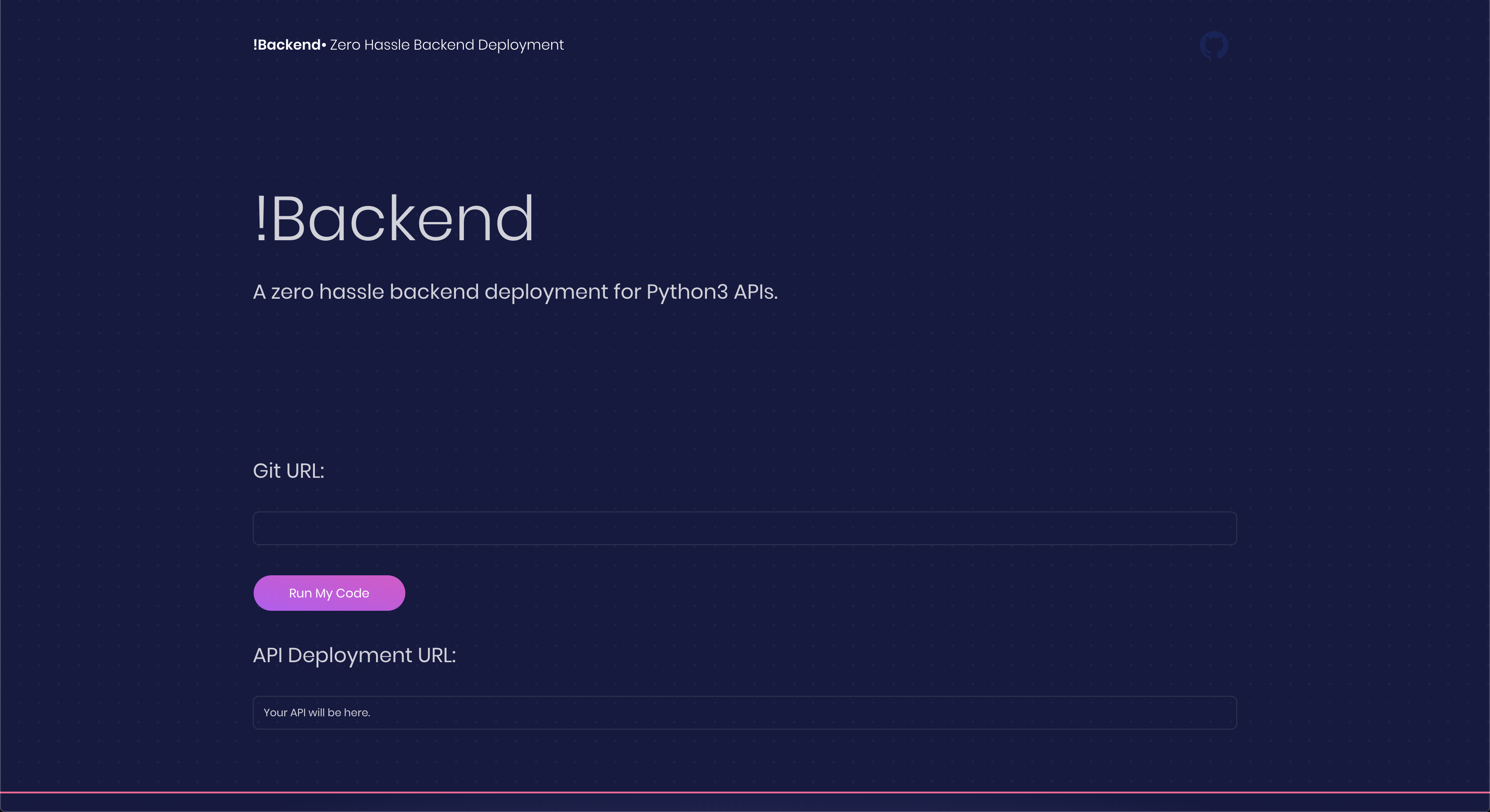 Do you need an API? Are you tired of AWS and its complicated UI? API design tools can be confusing for beginners, so we set out to create the most simple backend deployment tool on the market - !Backend(pronounced not backend)

!Backend takes a URL to a public GitHub repository, and gives you a link to run the functions as API requests.

The result is an API that looks like this: http://notbacken.tec/r/<unique_uuid>/<your_python_function>/<comma,seperated,args>

When a request is sent, if uses the UUID generated from step 4 to access the correct flask server, and runs the method with the parameters specified 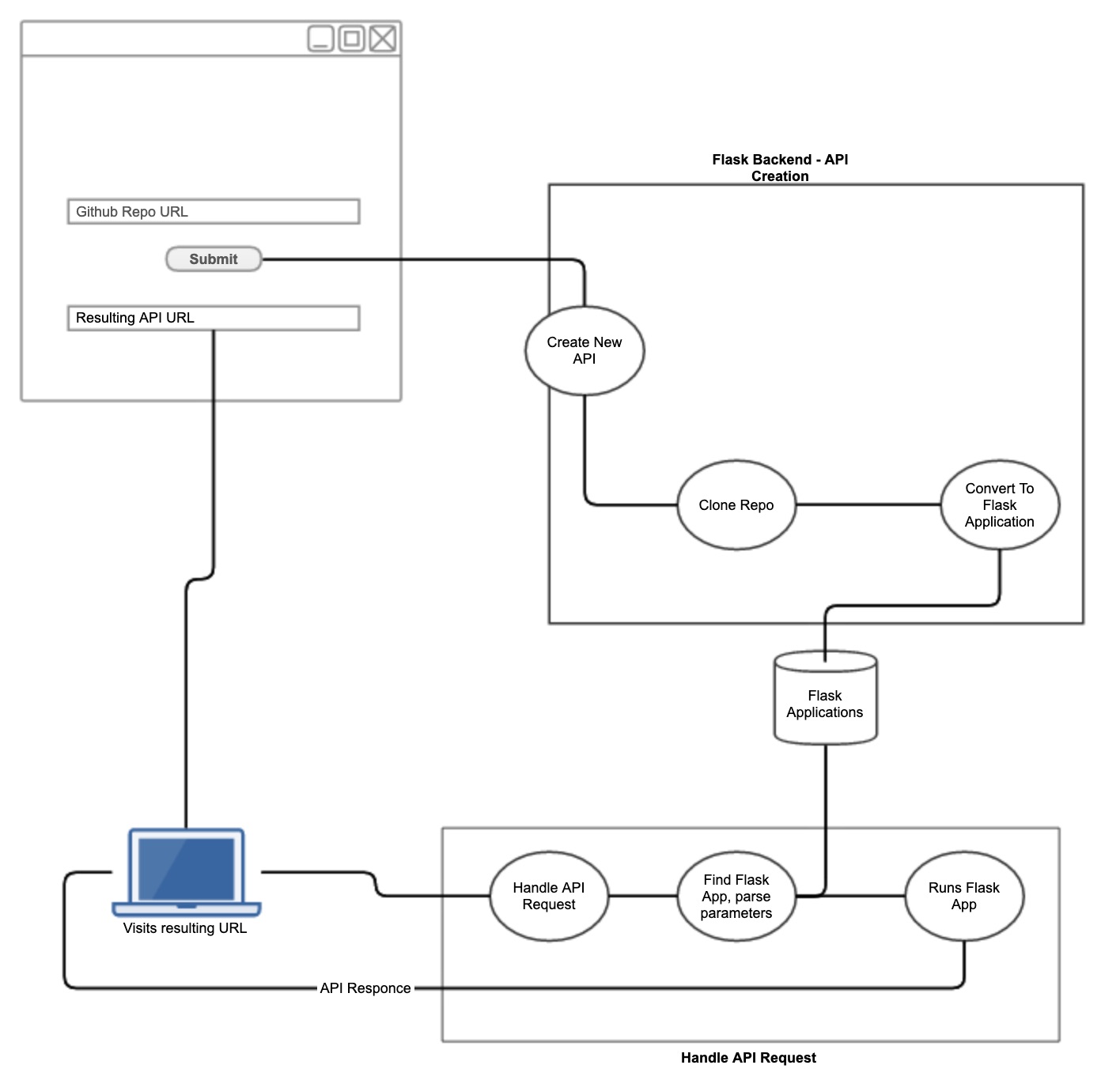 Overall we where not very experienced with web development and javascript, so some simple tasks like updating a field from the result of an API call to take a long time. Additionally, we initially wanted to deploy each API to a docker container, or run them all together, and had a difficult time deciding on a design that would enable us to do that (specifically most of these tools only allow one instance bound to a specificity).

Accomplishments that we're proud of

What's next for !Backend

Run npm install for dependencies and ng serve to start the website.