Status: In production use at Janelia. See wiki page for outside lab use of DVID.

Both high-level and detailed descriptions of DVID and its ecosystem can found here:

DVID aspires to be a "github for large image-oriented data" because each DVID server can manage multiple repositories, each of which contains an image-oriented repo with related data like an image volume, labels, annotations, and skeletons. The goal is to provide scientists with a github-like web client + server that can push/pull data to a collaborator's DVID server.

Each of the above is handled by built-in data types via a Level 2 REST HTTP API implemented by Go language packages within the datatype directory. When dealing with novel data, we typically use the generic keyvalue datatype and store JSON-encoded or binary data until we understand the desired access patterns and API. When we outgrow the keyvalue type's GET, POST, and DELETE operations, we create a custom datatype package with a specialized HTTP API.

DVID allows you to assign different storage systems to data instances within a single repo, which allows great flexibility in optimizing storage for particular use cases. For example, easily compressed label data can be store in fast, expensive SSDs while larger, immutable grayscale image data can be stored in petabyte-scale read-optimized systems.

DVID is written in Go and supports different storage backends, a REST HTTP API, and command-line access (likely minimized in near future). Some components written in C, e.g., storage engines like Leveldb and fast codecs like lz4, are embedded or linked as a library.

Mutations and activity logging can be sent to a Kafka server. We use kafka activity topics to feed Kibana for analyzing DVID performance.

DVID has been tested on MacOS X, Linux (Fedora 16, CentOS 6, Ubuntu), and Windows 10+ Bash Shell. It comes out-of-the-box with an embedded leveldb for storage although you can configure other storage backends.

Command-line and HTTP API documentation can be found in help constants within packages or by visiting the /api/help HTTP endpoint on a running DVID server. 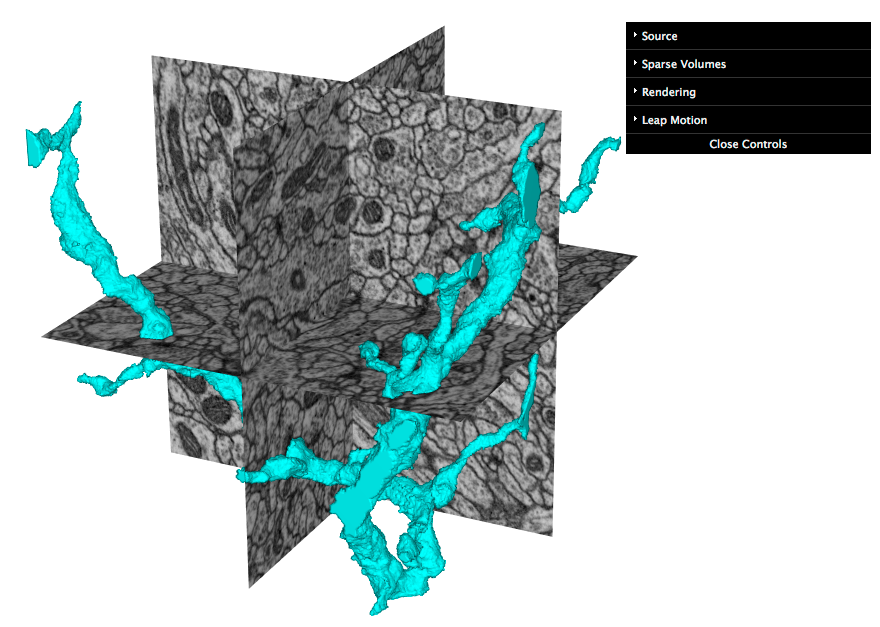