CATS is an IDE for TypeScript and Web developers. CATS is open source software released under the Apache 2.0 license and runs on Linux, Windows and OS X. CATS itself is also written in TypeScript, so you can easily customize it to your needs if required.

And who wants to develop cutting edge web applications in a boring, uninspiring IDE. So now CATS also can be completely themed to your taste. And the great thing, you can use plain CSS to do so. 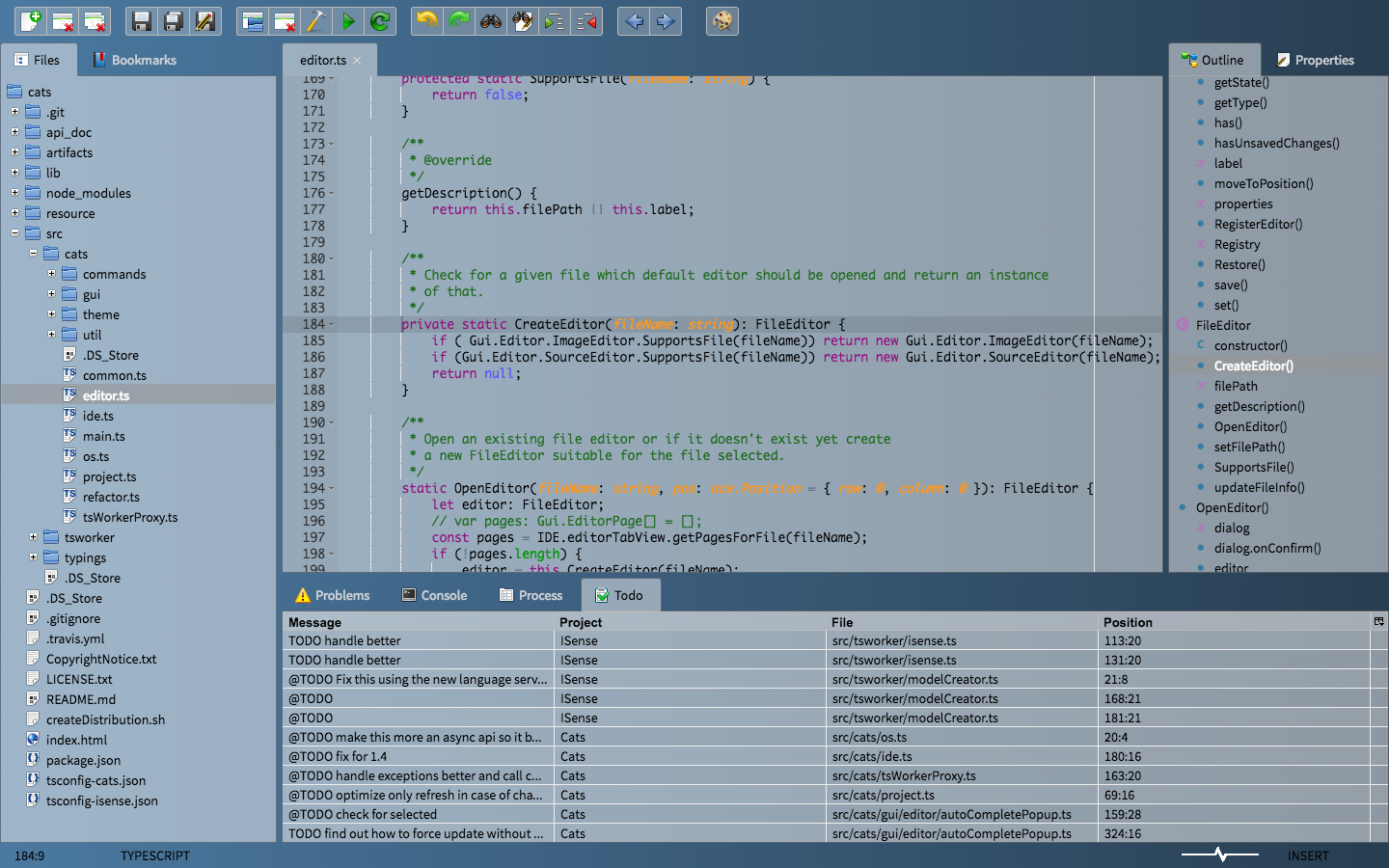 Although still new features are being added, CATS is already very usable and has built-in support for the following:

CATS always supports the latest versions of TypeScript, so you are able to use all the new features.

The easiest way to start using CATS it to follow these steps:

After you done just go to the directory where you downloaded the CATS package and type:

/path/to/nw is the binary file of NW.js. On Windows, it’s nw.exe; On Linux, it’s nw; On Mac, it’s nwjs.app/Contents/MacOS/nwjs.

If you already have a directory with TypeScript files, just select that directory from Project -> Open project... to start editing your files. Alternatively you can open any directory as a project and start adding the different TypeScript files as you go along with your project.

CATS will look for tsconfig files in the folder you opened from within IDE (Project -> Open Project....). If a tsconfig file was found, CATS will use the values configured in that file. Otherwise it will create an empty tsconfig file in the root directory and use that instead.

In case you encounter an issue, you can open a ticket on Github. Also enhancement requests can be entered here: Github issue tracker

The todo list items are tracked as enhancement requests on GitHub. You can check them out at:

There is also a milestone planning in there when some enhancements should be delivered.