This feature builds on the recent improvements to the blocks/group handler and adds the ability to define column layouts for each content row when row=on is set.

To try it out, add the following to your layout template:

This tag turns a page into an expandable set of rows of content blocks, which can now also contain up to 5 columns of content.

You'll see a new Content Layout button next to the up/down arrows in the block edit buttons. The buttons in the first column now control the properties for the entire row, and each column now has its own edit button too. 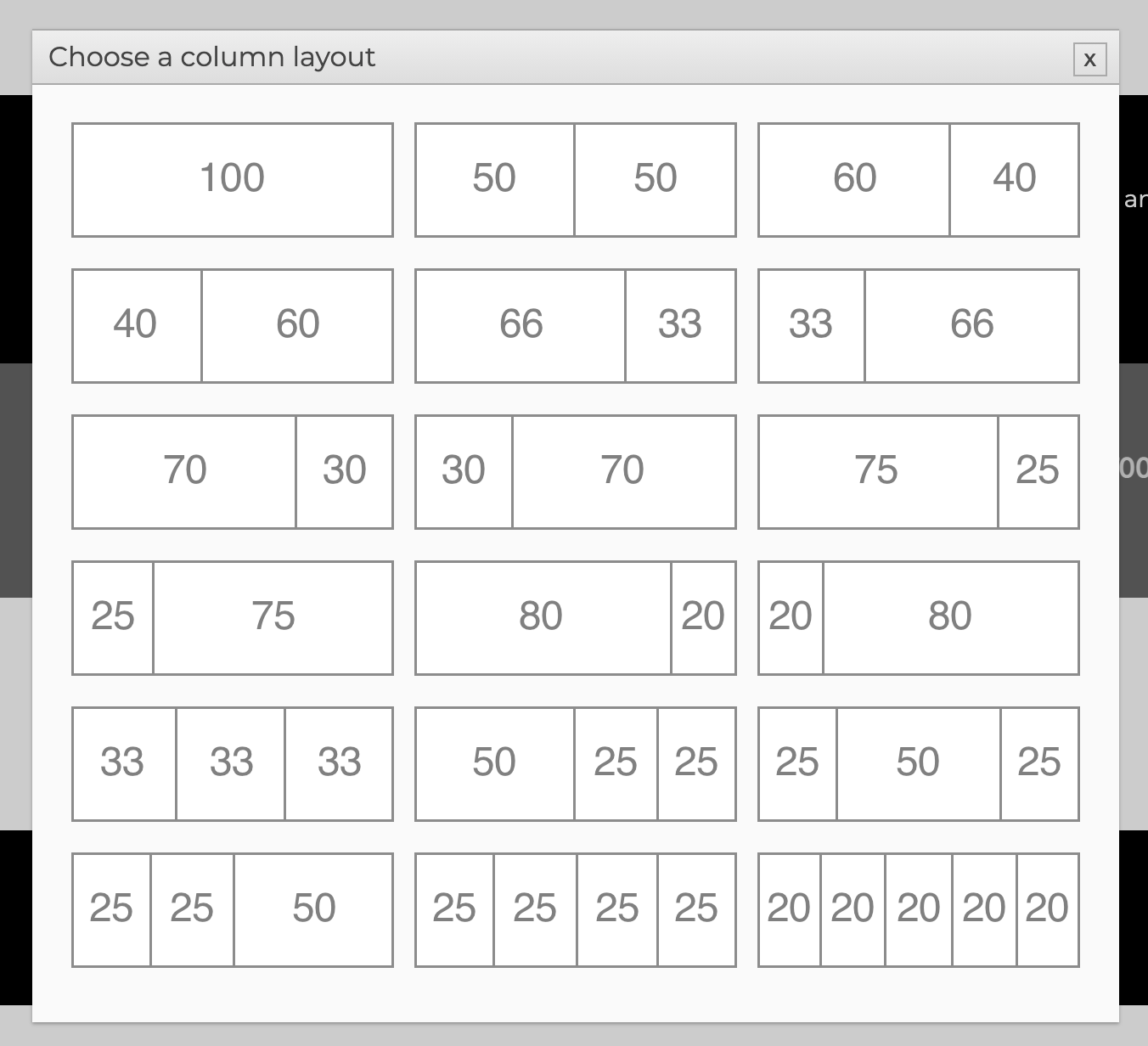 The layout can also be modified through the block add/edit forms sidebar: 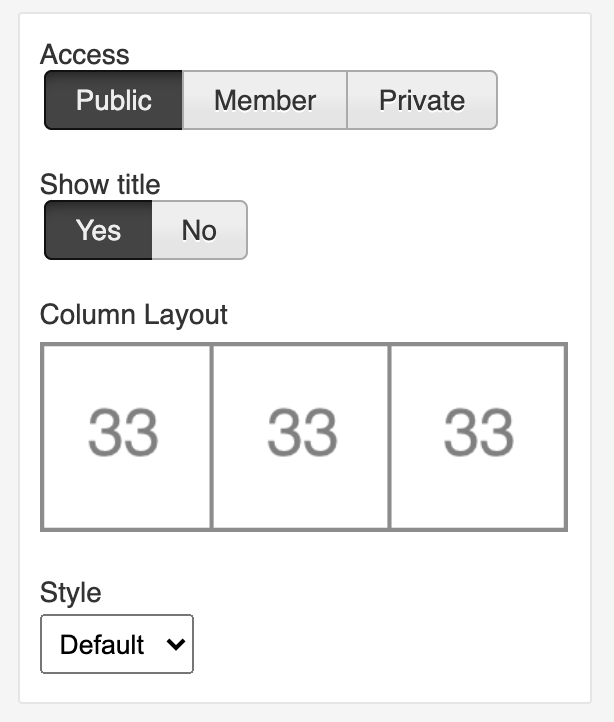 And finally, you can tab between the rows just above the wysiwyg editor, so you can edit an entire row from the same form:

Elefant now includes Docker configurations for building production and development containers, as well as a docker-compose file for spinning up a complete development environment in a single command which includes a MySQL database and Redis-backed caching.

To build a production container from a fresh clone of the Elefant repository, run:

This will build a container named elefant. Similarly, you can build a development container via:

This will build a container named elefant-dev.

To spin up a development environment (after running make dev), run:

And to shut it down, run:

Take a look at the included docker-compose.yml and .docker/* files for more info.

This update adds a new JobQueue class which is powered by Pheanstalk/Beanstalkd. This makes it very easy to setup background workers and send tasks to them for processing.

To set it up, install Beanstalkd via your package manager of choice (apt/yum/brew/port), for example:

Next, after upgrading Elefant to 2.2.4, run Composer update from the root directory of your website to install the Pheanstalk library:

Lastly, edit the [JobQueue] settings in your conf/config.php file to point to your Beanstalkd server:

Sending a job to be done by a background worker is as easy as:

The above worker can be run via php index.php myapp/worker and can be initialized using your system scheduler, such as systemd.

Note that workers can be written in any language that connects to Beanstalkd and listens for jobs to process.

1. The block editor first looks for a layouts/your-theme/blocks.css file, otherwise it reads all layouts/your-theme/*.css files, and finds all styles using the form .block-outer.custom-class-name. It then turns all unique custom classes found into selectable style options in a dropdown list.

Note: Nginx users should copy the following new lines into their server{} block in their Nginx configuration and restart Nginx to apply the update:

It was also discovered that file extension limits weren't being verified when renaming files, which has been fixed too.

We've made some big improvements to the search bar for Web Pages, Blog Posts, and Accounts. This also affects Model::where_search(), improving other instances of it as well.

You can now use "quoted text" in searches to search for literal phrases that include spaces.

You can also use -word to omit words from your search. Combined, these improvements give users a lot more flexibility in how they can query their data.