Code Ninja is a platform for code loving thrill seekers to brush up on their coding skills while completing a challenging cadre of coding conundrums. At the crux of the Code Ninja platform is a code evaluation system that safely executes and tests user written code. The code evaluation system sends all user code to a custom build AWS Lambda where it can be safely executed in a sandbox-like environment, effectively eliminating the normal risks --malicious code injections and runaway loops -- posed by server-side evaluation of foreign code. Code Ninja currently supports three different modes of play, Arcade, Bots and Challenges, each with its own set of tirelessly titillating tasks. Code Ninja is built on a Rails backend with React.js and Redux holding things down in the front. Code Ninja is a clone of codefights.com. 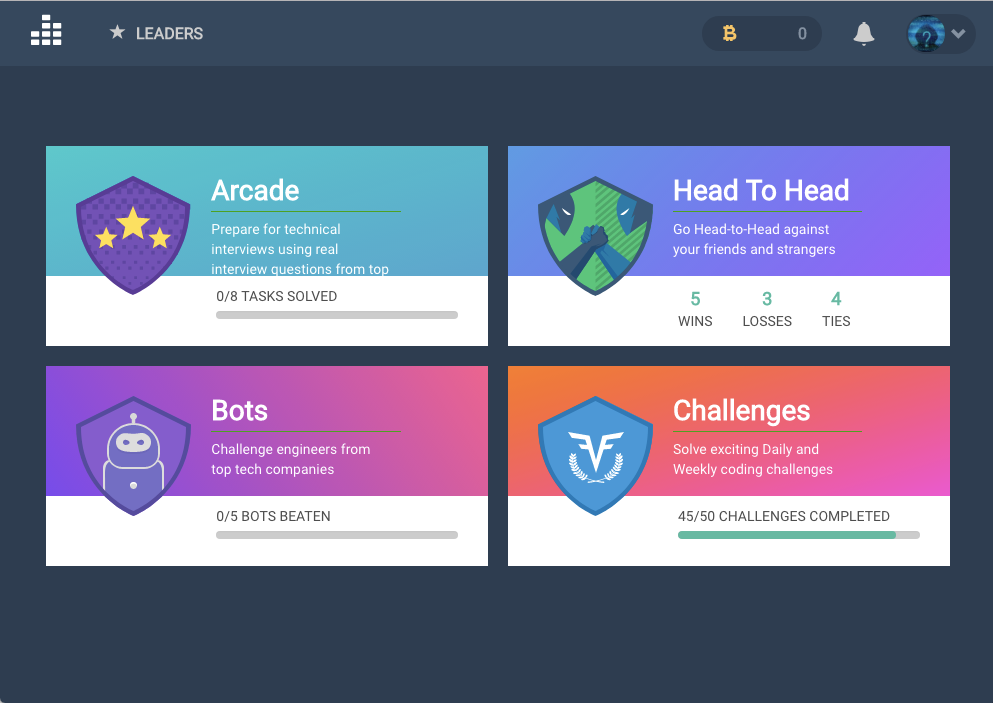 Most modern language make the task of converting user generated strings into executable code a relatively trivial task. The trouble is of course executing this code safely without risking the integrity of the server running this code. These potential dangers exist in two forms: users may unwittingly write endless loops into their code or malicious users could execute code to compromise the data stored on the served. Code Ninjas solves this problem by executing user code remotely on an AWS Lambda. After a user submits a solution it is sent along with a suite of tests via HTTP to an AWS API Gateway where it is routed to the correct AWS Lamba. Within the confines of the Lambda the code can first be safely evaluated and then run against a full battery of tests to insure its correctness. The AWS Lambda operates as a separate micro-instance so malicious code cannot interfere with other process or information. Furthermore, each Lambda function is governed by a parent system which kills any process that lasts longer than a certain time period. Evaluating code on the lambda also makes it much easier to one day support evaluation across a number of different languages.

Code Ninja boasts a state of the art REPL environment for running and testing code. Syntax hi-lighting and bracket matching is powered by code mirror. User code can be safely run against a battery of task specific tests. When teeing off against a deviously sticky problem users may find it necessary to log the output of some portion of the code. Despite being executed in the far off and mysterious lands of AWS, users can still see their console output. This feature is supported via nifty redefinition of the console.log function (see #lambda_code_runner.js). 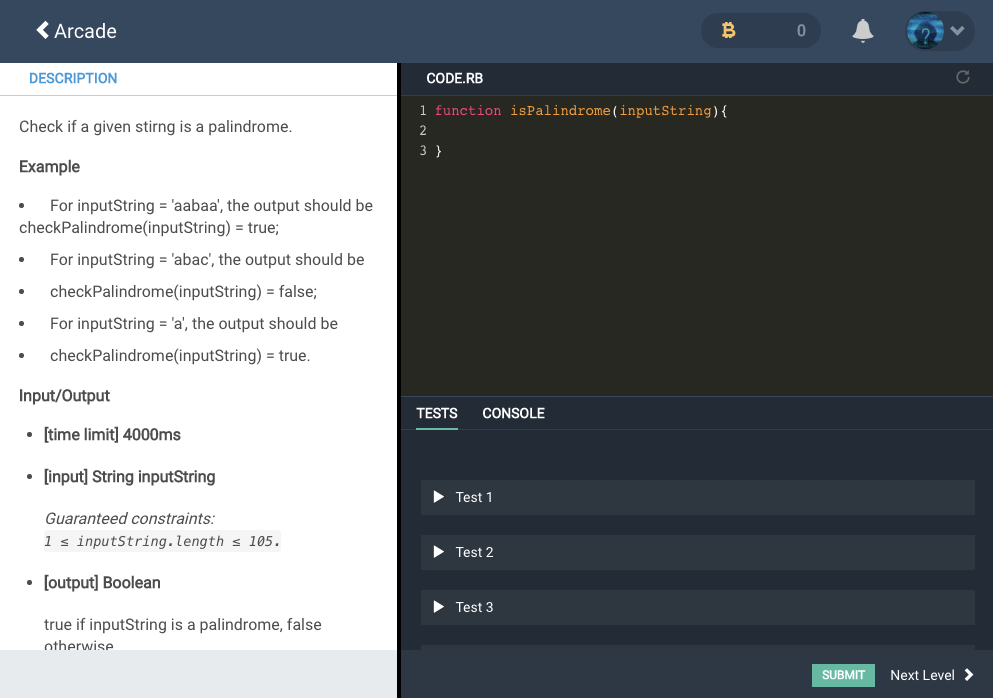