If you're looking to write Processing sketches in Python, your best bet is to use Python Mode. The project is still in its early days, and documentation is lacking, but there are many example sketches to get you started. In general, the Processing reference works just fine for Python mode. 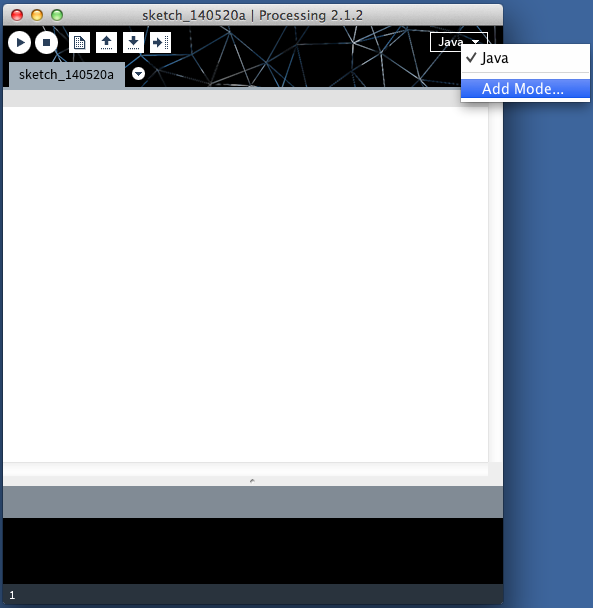 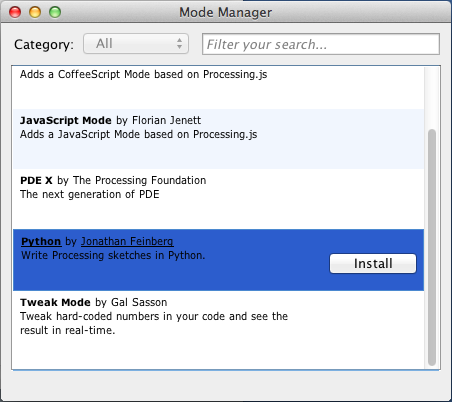 Then try your first sketch:

If you are just getting started, it is a good idea to go through the tutorials on our website, and alternatively some examples.

Python Mode is implemented in Java, and is designed to be compatible with the existing ecosystem of Processing libraries.

Many libraries need a reference to "the current PApplet", and that's what this is for. Of course, there's no such thing as this in Python; it's just something that processing.py provides for you for compatibility with such libraries.

If you find that some Processing library doesn't work as expected with processing.py, please let us know in the bug tracker.

Much of the work in achieving compatibility with Processing 3.x was was done by Luca Damasco (Google Summer of Code student), under the supervision of Golan Levin, with additional support from the Frank-Ratchye STUDIO for Creative Inquiry at Carnegie Mellon University. Without Luca, the porject may well have died.

Also, YourKit, LLC was so kind to sponsor a license for their excellent YourKit Java Profiler. Thank you very much! They've asked me to place this message here in return for their sponsorship: