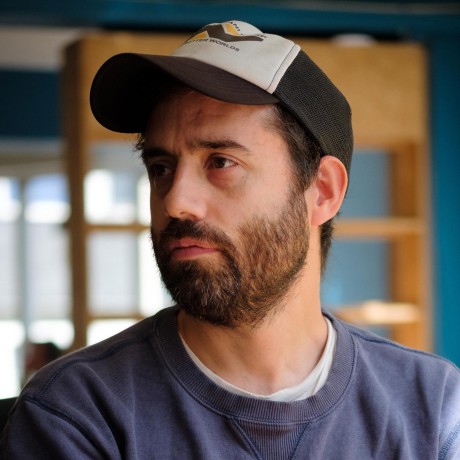 I've been part of the web industry since 2004, working across many sectors on projects of all sizes, variously as a lead developer in fast-paced London ad agencies, as part of internal agile teams in technology companies and more recently as a freelancer and consultant. I've worked for clients such as Sony, BP, PwC, EE, ASOS, Sainbury's, Phillip Morris USA, Diageo, and Burberry.

I've been working almost exclusively remotely since around 2013, and know how to be highly productive and drive projects forward as part of a distributed team.

Q2 2019 to date
Working on Sketch's developer platform to improve the experience around 3rd party integrations, plugins and tooling. Sketch is an Apple Design Award winning digital design toolkit built to help you create your best work — from early ideas, through to final assets.

Q4 2018 to Q2 2019
I joined Wildfish, a highly respected Python dev agency, as a frontend consultant to help them develop their first React-based app and level-up their team to take advantage of powerful frontend technologies that have recently emerged. As part of this effort Wildfish are developing an internal crypto currency product that enables users to share deep insights into the market by crafting complex queries on financial data. We're using Gatsby to deliver a fast static site that is able to operate as an PWA once running on a browser. A Python GraphQL API drives both the static build and the SPA at runtime.

Q2 to Q4 2018
As acting CTO I helped Rise, an upcoming wellness tech startup, develop their product vision and technical roadmap in preparation for securing a second round of investment in 2019. Using my professional network I helped Rise rapidly assemble a project team to specify and then develop an MVP product that included a proof-of-concept P2P video chat feature.

Q1 2018
I led the development of the eightroads.com site build for SOON_, a well-known digital branding agency. We used Angular Universal to develop a fast static site/SPA powered by a Python backend and CMS. I helped SOON_ evolve their approach for component-based development and adaptable CSS. The site is localised for both English and Chinese audiences.

Q2 to Q4 2017
I helped Make+Ship and Health Forge develop a React Native app for the global pharma company Bayer, working within strict guidelines for apps designed to be used in a clinical setting. The app itself helps patients track the quality of their eyesight while being treated with medication to improve the symptoms of diabetic macular oedema.

Q3 2016 to Q2 2017
2PAx developed a system for algorithmically optimising restaurant table utilisation using knowledge the founder gained while working as operations director at well-known eateries like Wagamama, Hakkasan and Busaba Eathai. I came on board during a critical time in the product development cycle, and helped them architect a robust approach for client/server communication in their React and Redux-based restaurant kiosk app.

1,566 contributions in the last year

Created an issue in sketch-hq/developer.sketch.com that received 10 comments

Points to cover Publishing Assistant to npm Steps required to ensure Assistant is featured on sketch.com Add the sketch assistant keyword and set…