kube-lego is in maintenance mode only. There is no plan to support any new features. The latest Kubernetes release that kube-lego officially supports is 1.8. The officially endorsed successor is cert-manager.

If you are a current user of kube-lego, you can find a migration guide here. 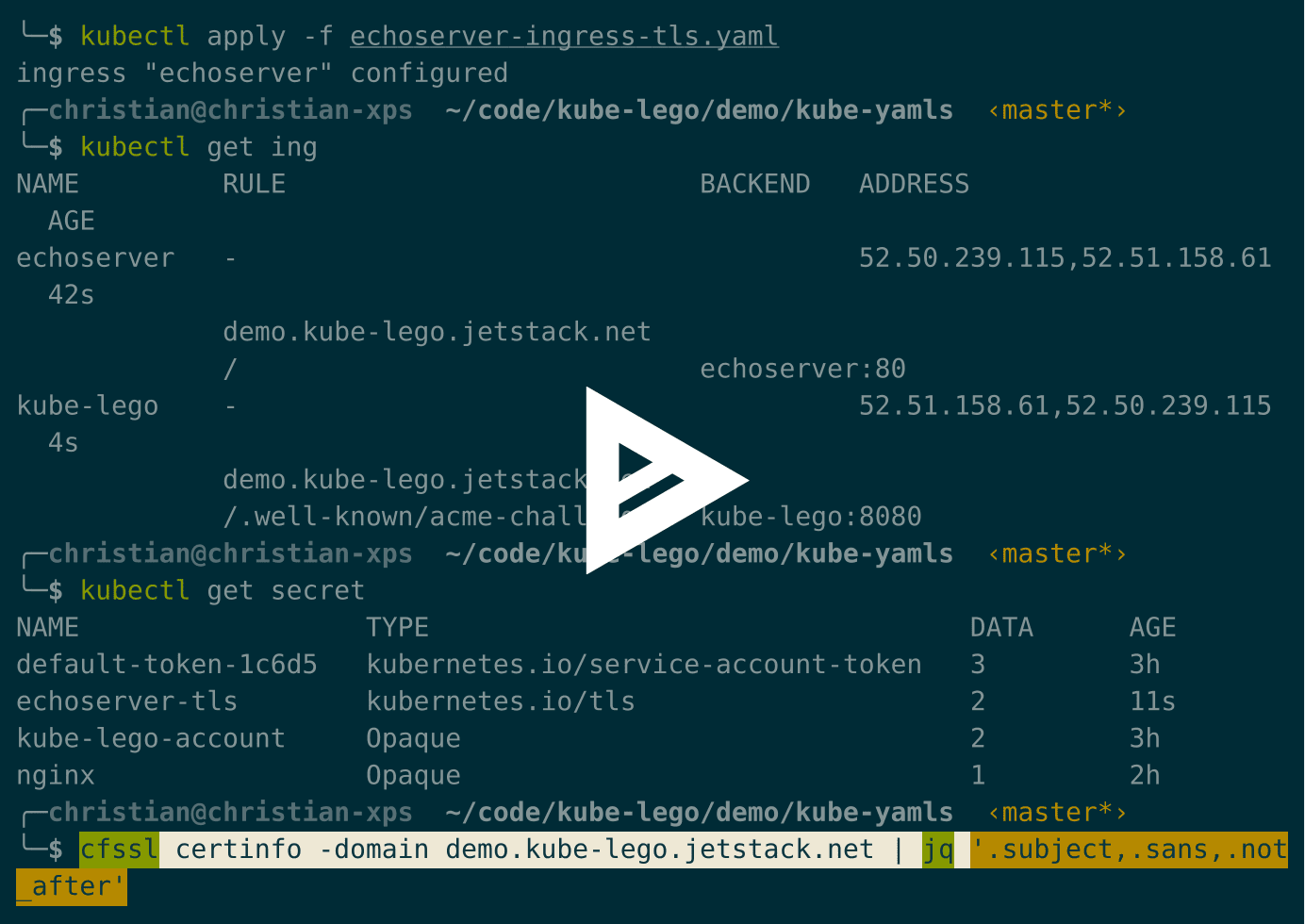 The default value of LEGO_URL is the Let's Encrypt staging environment. If you want to get "real" certificates you have to configure their production env.

As soon as the kube-lego daemon is running, it will create a user account with LetsEncrypt, make a service resource, and look for ingress resources that have this annotation:

Every ingress resource that has this annotation will be monitored by kube-lego (cluster-wide in all namespaces). The only part that is watched is the list spec.tls. Every element will get its own certificate through Let's Encrypt.

Let's take a look at this ingress resource:

On finding the above resource, the following happens:

Switching from staging to production

At some point you'll be ready to use LetsEncrypt production API URL. To make the switch in kube-lego, please do the following:

When interacting with kube-lego, its a good idea to run with LEGO_LOG_LEVEL=debug for more verbose details. Additionally, be aware of the automatically created resources (see environment variables) when cleaning up or testing.

There is also a good chance to get some support on non-official support channels for kube-lego, but be aware that these are rather general kubernetes discussion channels.

To enable the pprof tool run kube-lego with environment LEGO_LOG_LEVEL=debug.

Capture 20 seconds of the execution trace:

You can inspect the trace sample running