Also in Go: See my implementation of this in Go

Arduino/Raspberry Pi library for communicating with LightwaveRF devices via 433 MHz.

Please see the original README.md for original history of this project.

With the use of the wiringPi library, conversion from Arduino code to Raspberry Pi C++ code was easy.

Here is a slightly old video of the TX working: 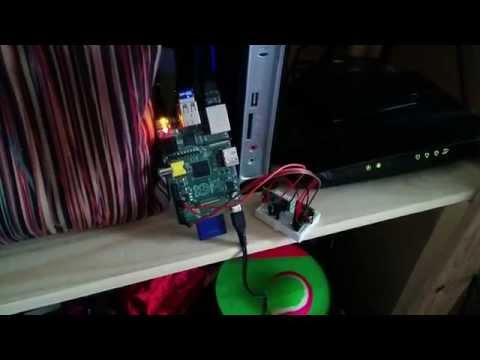 Setting up your device

The example code is only configured at the moment for the Raspberry Pi, but converting it to work on the Arduino will be easy.

To start off, make sure you have wiringPi installed, then run make in the repository directory.

Two programs will be created:

Originally, I based my TX library on lawrie's library. Out of the two libraries, this was the best for transmitting using the Raspberry Pi during initial tests. It's transmission implementation is much simpler than roberttideys and didn't require the use of hardware timers.

Now I have switched to only use roberttideys version of the libraries, and from initial tests it appears to work much better. It now also means that the TX and RX libraries originate from the same source which is always good.

The RaspiTests/LwTxTest.cpp executable is pretty much the classic blink example, using a real light rather than an LED. To run this, build the program using make, then run sudo ./LwTxTest. sudo is required by wiringPi to access the GPIO pins on the Raspberry Pi.

You may need to pair your device with the code that is running. If you look at the example code, lwtx.cpp, you will see that the device ID is hard coded at the top of the file. To pair, just follow the instructions that came with your device and make sure that you time it with the code sending the ON command. If you enable pairing mode on the device and then run the program, the first message that is sent contains the ON command.

See roberttidey's excellent write up of the protocol for more information.

The library used for this, LightwaveRX.{cpp,h}, is based on roberttidey's library. Out of the two libraries, as you can probably guess by now, this was the best for receiving, on both the Raspberry Pi and Arduino. However, the original library contains a load of EEPROM and pairing support, which just seems silly to me, these deserve to be in a separate set of files. So, I just stripped that out.

NOTE: The Raspberry Pi example program will be added shortly. The code is done, just needs adding to the project!

The lwrx executable just runs in an infinite loop, waiting for some action from the 433 MHz receiver. The receivers signal pin is set up as an interrupt using the wiringPi library, and through a timer based state-machine the message is decoded into its byte representation.

Again, see roberttidey's excellent write up of the protocol for more information.