Sanoid is a policy-driven snapshot management tool for ZFS filesystems. When combined with the Linux KVM hypervisor, you can use it to make your systems functionally immortal. 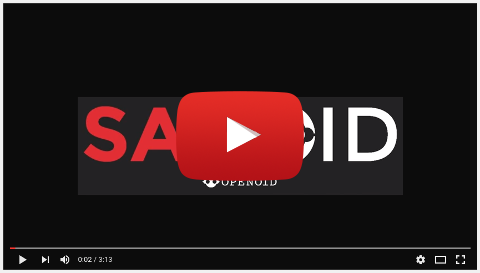 More prosaically, you can use Sanoid to create, automatically thin, and monitor snapshots and pool health from a single eminently human-readable TOML config file at /etc/sanoid/sanoid.conf. (Sanoid also requires a "defaults" file located at /etc/sanoid/sanoid.defaults.conf, which is not user-editable.) A typical Sanoid system would have a single cron job:

Which would be enough to tell sanoid to take and keep 36 hourly snapshots, 30 dailies, 3 monthlies, and no yearlies for all datasets under data/images (but not data/images itself, since process_children_only is set). Except in the case of data/images/win7, which follows the same template (since it's a child of data/images) but only keeps 4 hourlies for whatever reason.

Sanoid also includes a replication tool, syncoid, which facilitates the asynchronous incremental replication of ZFS filesystems. A typical syncoid command might look like this:

Which would replicate the specified ZFS filesystem (aka dataset) from the data pool to the backup pool on the local system, or

Which would push-replicate the specified ZFS filesystem from the local host to remotehost over an SSH tunnel, or

Which would pull-replicate the filesystem from the remote host to the local system over an SSH tunnel.

Syncoid supports recursive replication (replication of a dataset and all its child datasets) and uses mbuffer buffering, lzop compression, and pv progress bars if the utilities are available on the systems used. If ZFS supports resumeable send/receive streams on both the source and target those will be enabled as default.

As of 1.4.18, syncoid also automatically supports and enables resume of interrupted replication when both source and target support this feature.

Note that the sync snapshots syncoid creates are not atomic in a global context: sync snapshots of pool/dataset1 and pool/dataset2 will each be internally consistent, but one may be a few filesystem transactions "newer" than the other. (This does not affect the consistency of snapshots already taken in other ways, which syncoid replicates in the overall stream unless --no-stream is specified. So if you want to manually zfs snapshot -R pool@1 before replicating with syncoid, the global atomicity of pool/dataset1@1 and pool/dataset2@1 will still be intact.)