The Game of Life, also known simply as Life, is a cellular automaton devised by the British mathematician John Horton Conway in 1970 - [Wikipedia] 1

To see a web example of this codebase, go to http://jkotchoff-gameoflife.herokuapp.com 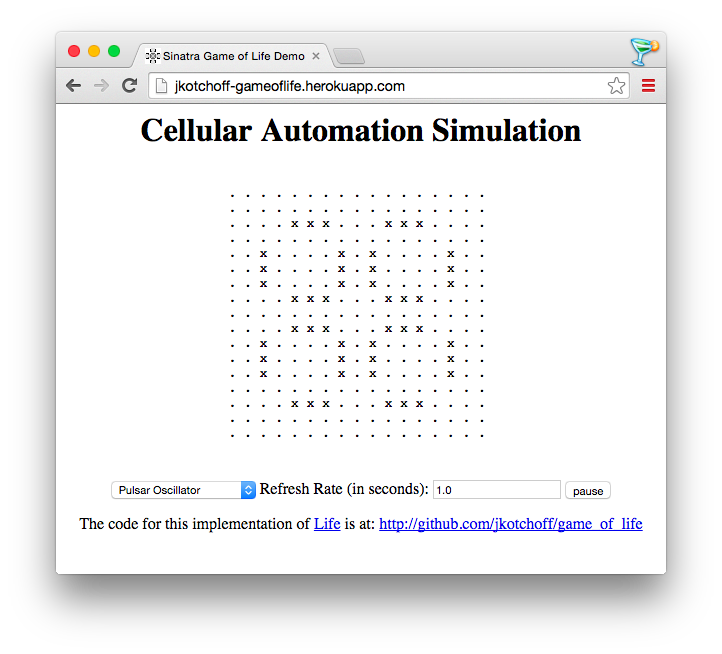 Pete Yandell hosted a [code retreat] 2 at Envato on August 27th in 2011 where we practised TDD pairing using the Game of Life as our problem. It was a bit tricky to bang out a solution in 45 minutes. This github project was created to think about it a bit more.

This implementations board doesn't grow. It does however, simulate patterns which is enough for now.

The performance could definitely be optimised a lot - adding bigger worlds (eg. to the Gosper Glider Gun in the sample_worlds/ directory) is horriby slow.

It would also be interesting to test with infinity in mind - would the data type usage blow up memory allocation?

Things to consider for a future code retreat!