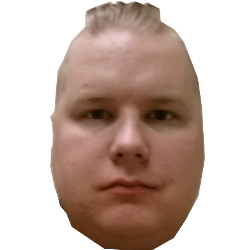 My name is Jonathan Mainguy and I'm a Senior Platform Engineer. I'm from Garner North Carolina, and currently working at Bandwidth. You can find me on

I run Fedora for my workstation, and I prefer managing RHEL and its clones for servers. I do run a debian server for limited ram environments.

I code everything I do in vi. I enjoy the portability of it, and the ability to use it on a thin client ssh'd into working environment.

I mainly code in golang these days, I really love the language and knowing that once I compile the binary, I can port it everywhere with ease.

One example of my golang code would be - My opensource profile website. soh.re which is a interactive shell session, driven by docker containers and a custom golang router.

I learned python as my first "real" language with the help of the Ansible community. I learned by contributing to the project and receiving feedback from the amazing developers there.

I project I wrote in python that I am particularly fond of is bak. A way to bak files up on a local filesystem.

Bash was my first love, and I coded a great many scripts in it over the years. My most popular github repo was mainly written in bash to manage minecraft mods for customers.

Docker brought containerization to the everyday developer, including me =). I really enjoy Docker for the same reason I enjoy golang. Once I package a deployment up inside a Dockerfile, I can distribute easily to many environments, and get the same results.

A project I utilize for creating rpms, using docker is docker_rpmbuild. It allows me to generate rpms for multiple OS's with ease.

Kubernetes, or k8s for short has become the go to way of orchestrating containers across multiple nodes. Its API is rich and fun to interact with. A tool I wrote for working with kubernetes is k8sCapCity.

k8sCapCity is used for gathering information on the usage and capacity of a kubernetes cluster.

Openshift is Redhats distribution of kubernetes. I use this at work on a daily basis. Openshift has a few neat quirks, one being your user in the container will be random.

A deployment I wrote for openshift for deploying an arbitrary website using apache.

My latest project, certificateDownloader, which is useful for trusting certs your operating system wont by default.

252 contributions in the last year