Sign up
It's a way to quickly see everything you need to start your day. https://www.hackster.io/johnjones4/dr…
Find file 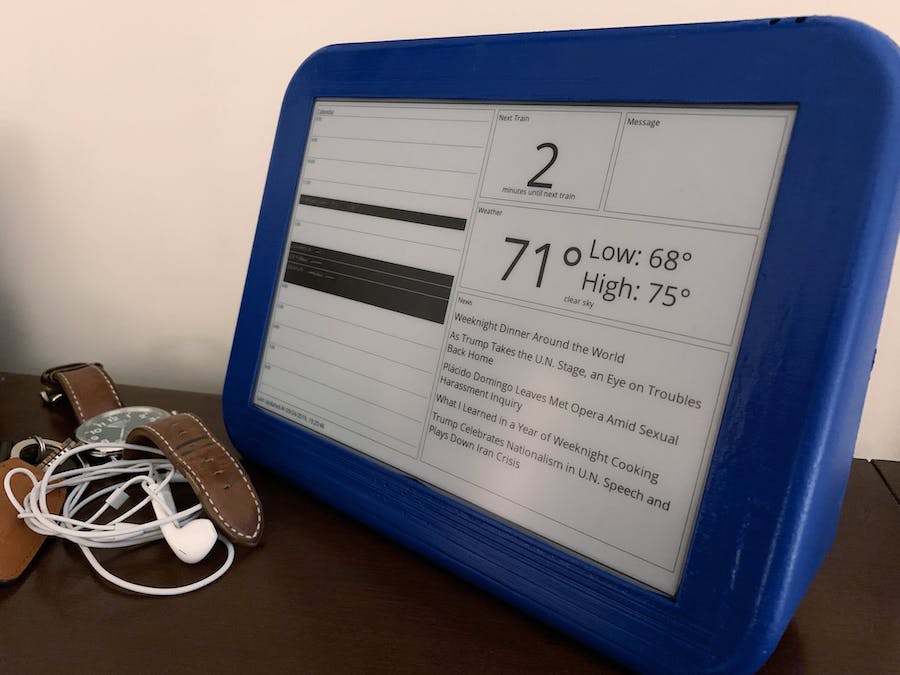 This is a project that displays a simple personal dashboard as an image. It is intended to be used with a hardware build detailed here.

Execute the following to download the project and install the dependencies.

Setup installs all of the Python dependencies via pip, a copy of Open Sans for text rendering, and, if Make detects a Linux system and thus assumes its on a Raspberry Pi, installs the dependencies to communicate with the E-Ink display detailed here. The setup step also creates a file named config.yaml which declares a number of details that this code needs to run properly. Within config.sample.yaml file are details about what the various variables control.

To run the project, execute the following:

It will run the Python code which will generate a file named /tmp/dashboard.bmp. If on a Mac, Make will then open the BMP file in Preview. If on Linux, Make assumes its a Raspberry Pi and executes code to display the BMP file on an E-Ink display.

Installing on a Raspberry Pi

The setup steps on a Raspberry pi are exactly the same as above, but to make sure the code runs on a regular basis to keep the display updated, it's necessary to setup a cron job. To do so, first open your crontab file by running:

Within the file, add the following line: