Volley is a benchmarking tool for measuring the performance (latency in particular) of server networking stacks. It can be used to determine the performance of the lower levels of the stack (i.e. the kernel), of the server application's programming language abstractions for sockets, or of the libraries and code running within the application.

Volley spawns a configurable number of concurrent clients that all connect to the server, and then performs ping-pong-like single-word operations with the server to gather statistics. It will continue doing so for as many iterations as it takes to produce statistically relevant results.

Volley can be used to benchmark many things, but I believe there are two main categories of servers that are of interest. In particular, I envision that there will be at least two implementations for every language represented in Volley: one that is idiomatic, and one that is optimized. Comparing the idiomatic solutions' performance is interesting in and of itself, and comparing the optimized solutions might yield insights into how well-suited a particular language is for doing high-performance networking.

Running the volley benchmarks on an 80-core machine running Linux 3.16 with 40, 80 and 200 clients distributed across 40 cores yields the results given in the graph below. Error bars denote the 99% confidence interval. The benchmark machine has four NUMA nodes, each with 10 cores. 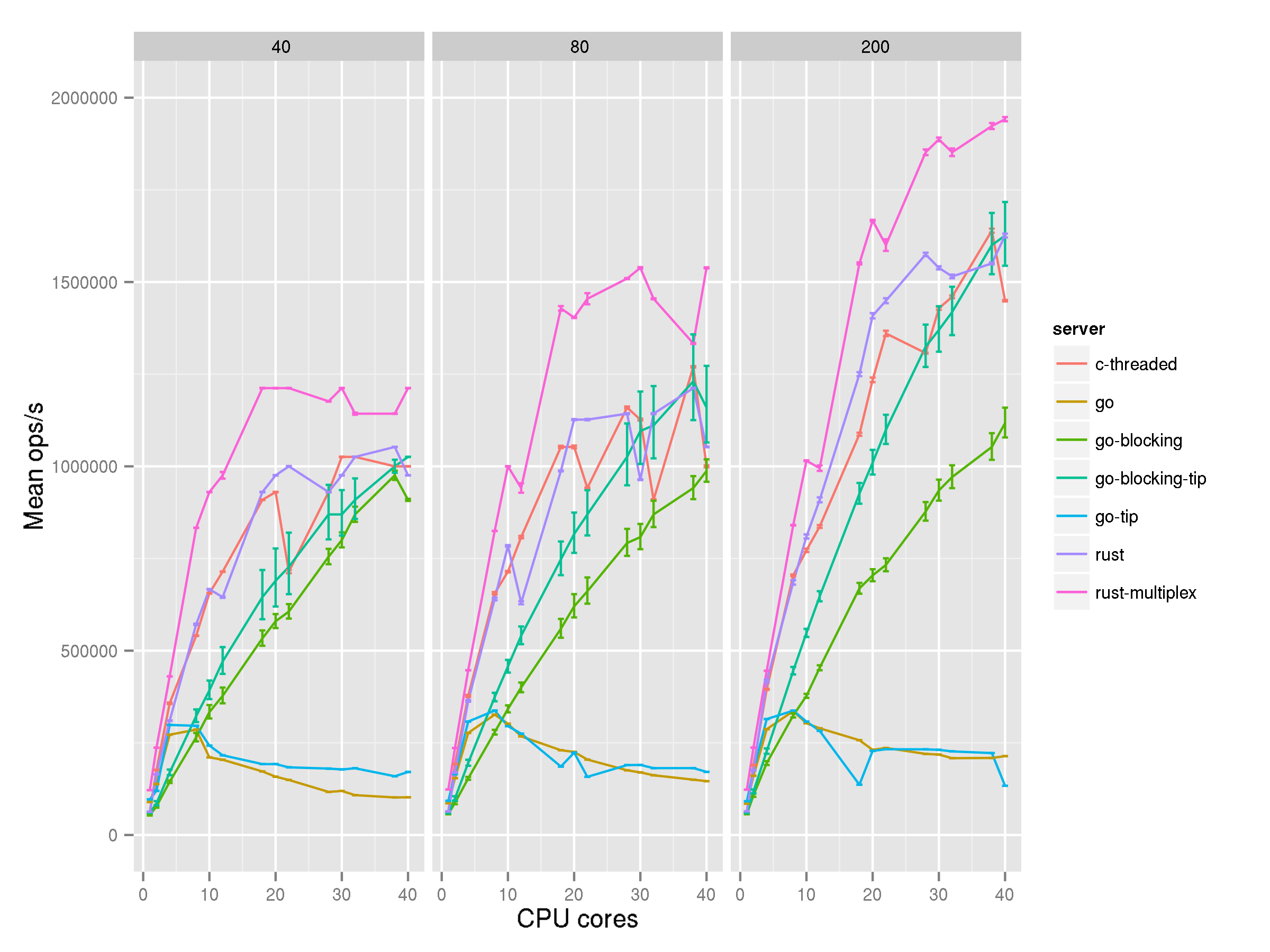 And plot using the R script in benchmark/plot.R. Experiment can be found here.

The binary accepts a single, mandatory flag, -p, which names a TCP port. The server should listen on this port for incoming requests. For every established connection, the server behaviour should be as follows:

To verify that your server works correctly, run the follwoing commands:

This should output something akin to:

You may also see the error:

This can safely be ignored, and is an artefact of the fact that the server may terminate when it receives a 0 challenge.

If you believe an already implemented server could be improved (either syntactically or semantically), please file an issue detailing the problem, and if possible, submit a PR giving a proposed solution.