What is PVE Kernel Cleaner?

PVE Kernel Cleaner is a program to compliment Proxmox Virtual Environment which is an open-source server virtualization environment. PVE Kernel Cleaner allows you to purge old/unused kernels filling the /boot directory. As new kernels are released the older ones have to be manually removed frequently to make room for newer ones. This can become quite tedious and require extensive time spent monitoring the system when new kernels are released and when older ones need to be cleared out to make room. With this issue existing, PVE Kernel Cleaner was created to solve it. 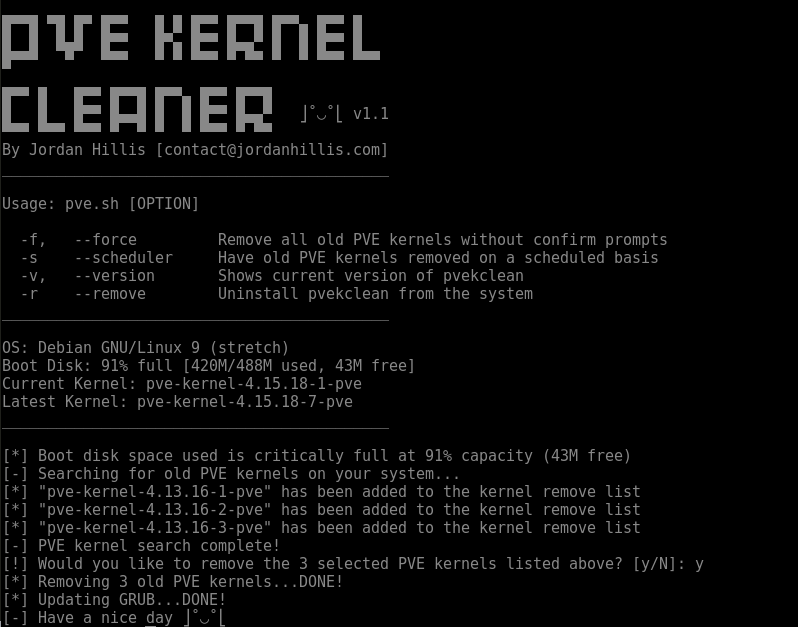 Before using this program you will need to have the following packages installed.

To install all required packages enter the following command.

To update PVE Kernel Cleaner please run the same commands as described in the "Installing" section.