The demo code in our original PNN repo was meant to showcase a working PNN module in a minimalist way, with much shortened training cycle. Unfortunately, the default smoothing flag in computing test accuracy was erroneous, as I have acknowledged in my initial Reddit reply. This default flag resulted in higher-than-actual accuracy, and mislead me to pick a variant of PNN with 7x7 filters in the first layer instead of 3x3 filters (which improves performance), for our public repo.

There is an easy fix to improve the model posted in our original PNN repo. We just need to change 4 lines of code and it should reach the same performance level as in the updated PNN repo. Here is what you need to do.

The original code portion will be kept untouched for exhibition purpose for now.

In Local Binary Convolutional Neural Networks (LBCNN), CVPR'17, convolving with a binary filter is equivalent to addition and subtraction among neighbors within the patch. Similarly, convolving with a real-valued filter is equivalent to the linear combination of the neighbors using filter weights. Either way, the convolution is a linear function that transforms the center pixel x5 to a single pixel in the output feature map, by involving its neighbors. Can we arrive at a simpler mapping function? 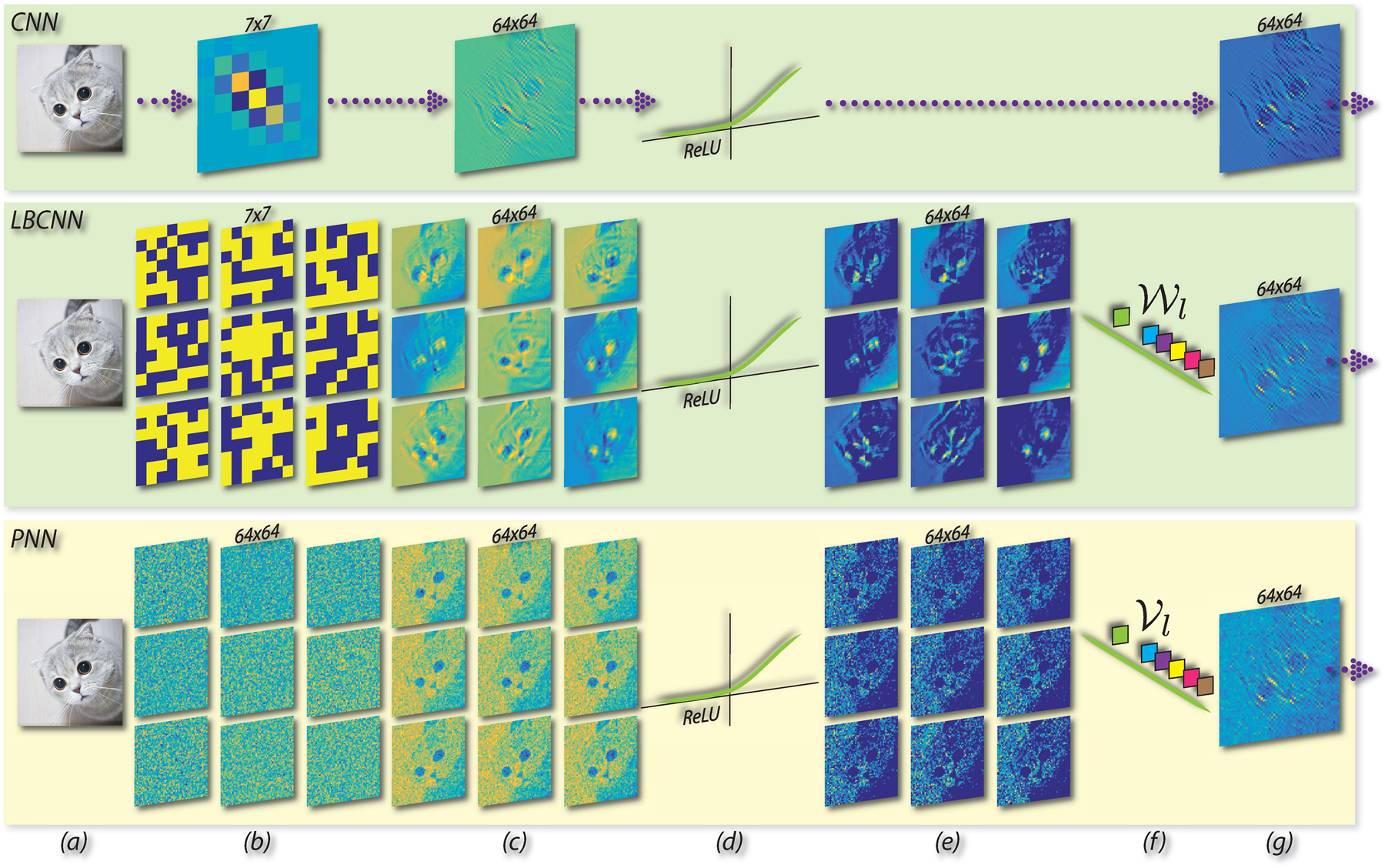 N^i is the i-th random additive perturbation mask. The linear weights V are the only learnable parameters of a perturbation layer.

The code base is built upon PyTorchNet.