Scripts to be used with the Glyphs font editor.
Find file

Some Python scripts to be used with the Glyphs font editor, written by Tim Ahrens.

To install Freemix in Glyphs,

The palette shows the position of the center of the glphs’s bounding box. This works with components, with multiple glyphs selected and is also editable. Useful for centering all case-sensitive punctuation vertically, or to check whether mathematical operands are on the same x position (use Glyphs’ built-in glyph info to check whether they have the same advance width). Note that the bounding box center may be .5 even if your font has a grid of 1 without subdivisions (i.e. integer coordinates). The node/path selection is intentionally ignored.

The Overshoots section displays the overshoot of the selected glyph(s) relative to each alignment zone. 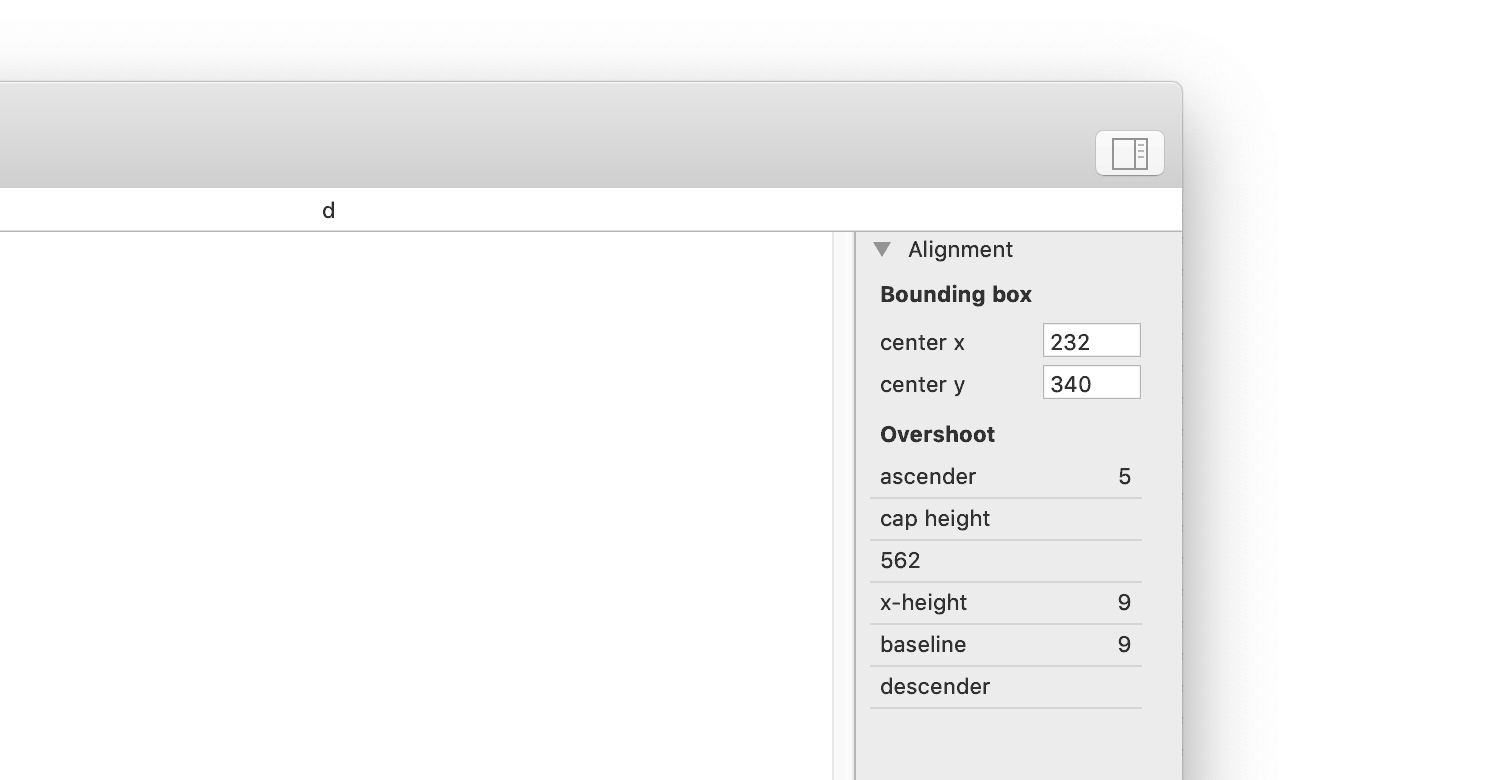 The palette shows the four most frequently used anchors. Setting the x or y position of a particular anchor via the palette only affects glyphs that have an anchor with the respective name (anchors are never inserted or removed). 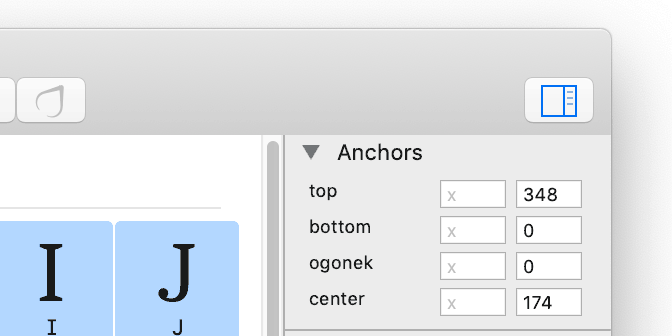 The palette shows the name(s) of the selected glyph(s), split by suffix. The fields are editable.

This is useful for quickly changing the suffix of multiple glyphs at once.

This is one of the most powerful scripts in this collection. I highly recommend to give it a keyboard shortcut.

Same as “Insert Glyph to Background” but the glyph is inserted into the active (foreground) layer, not in the background

Simulates the good ol' Mask to Master function we know from FontLab (i.e. replaces the current outline with the background).

You can give it the familiar Cmd+J shortcut via App Shortcuts in the Mac OS System Preferences.

The main improvement is that it is appplied only to the selection. In combination with Insert Glyph to Background, you can easily transfer parts of the outline between glyphs.

Pastes the background contours into the current layer.

Former FontLab users can give it the familiar Cmd+L shortcut via App Shortcuts in the Mac OS System Preferences.

Activates the next/ previous glyph in the tab for editing. Makes most sense if you give it a keyboard shortcut in the macOS system preferences.

In the edit view, use this script to “jump” back and forth (or to circle) between alternate glyphs such as one, one.lf and one.tosf.

Removes all backup layers (i.e. those created using the "Copy" button) from the selected glyphs.

H - creates 2-axis symmetry (ie. all the above)

The buttons are available only as far as the node structure allows.

Prints the interpolation coefficients for each master in all instances.

In addition, values smaller than MIN_VALUE are erased.

Run this macro while in the Font View.

The macro selects all glyphs that

i.e. are not accessible in the final font.

These glyphs can usually be excluded from the final exported OTF font.

Removes all hints from the selected glyphs.

Removes all zero-thickness hints from all glyphs in the font.