An experiment in mixing Hugo, lit-element, and Polymer PRPL into a progressive web app blog.

What started as an experiment in mixing Hugo, Polymer, and the PRPL pattern to build a progressive web app blog that turned into my actual blog.

I wrote a couple zsh utility scripts to power most of the shuffle and build of the site. Why not an npm script or a gulp or grunt task you ask? Frankly, because I just felt like writing some shell scripts. Don't you want to sometimes just write some shell scripts? Is that just me?

The gist of the tools employed and their uses include.

By the web perf numbers

A progressive web app is only as good as the web performance it offers. I mean, who wants to sit around waiting 10 seconds for a blog post to initially load? No one.

Pulling up a trusty Moto G4 on 3G over on WebPageTest, we can see just how fast we are: 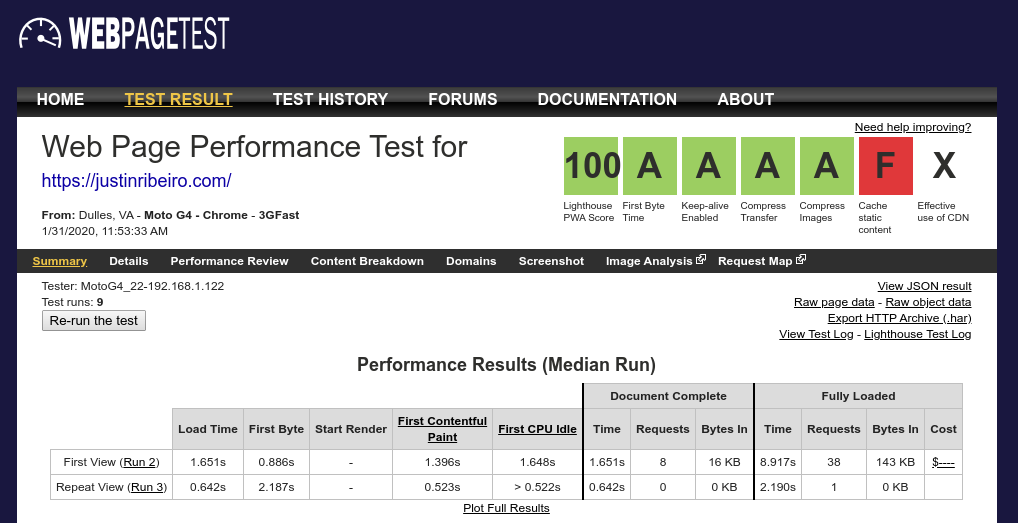 Just want the traces and the raw numbers? Check out the results on WebPageTest.

An experiment in mixing Hugo, lit-element, and Polymer PRPL into a progressive web app blog.