Type-Safe Microservices in Haskell with Servant

Microservices were becoming a hot thing few years ago and it seems they are still on the rise.

It always surprised me how brave developers are: at one moment they just decide to introduce hundreds contracts of network-separated APIs without having any static proof that it "works well together". I have no idea how others are solving this problem, but was interested in trying it out in Haskell.

This repository is a tutorial (with working code) of super-small service called OwlCloud. It is implemented mostly via Servant framework.

I will try to explain how things look like for those who don't do Haskell every day (I believe most Haskellers could easily do the same anyway).

WARNING! While being small, the service is still almost real-world, contains a lot of features, so it has quite a lot of boilerplate. The purpose is to show that it's not THAT much boilerplate as for a service having all these features. 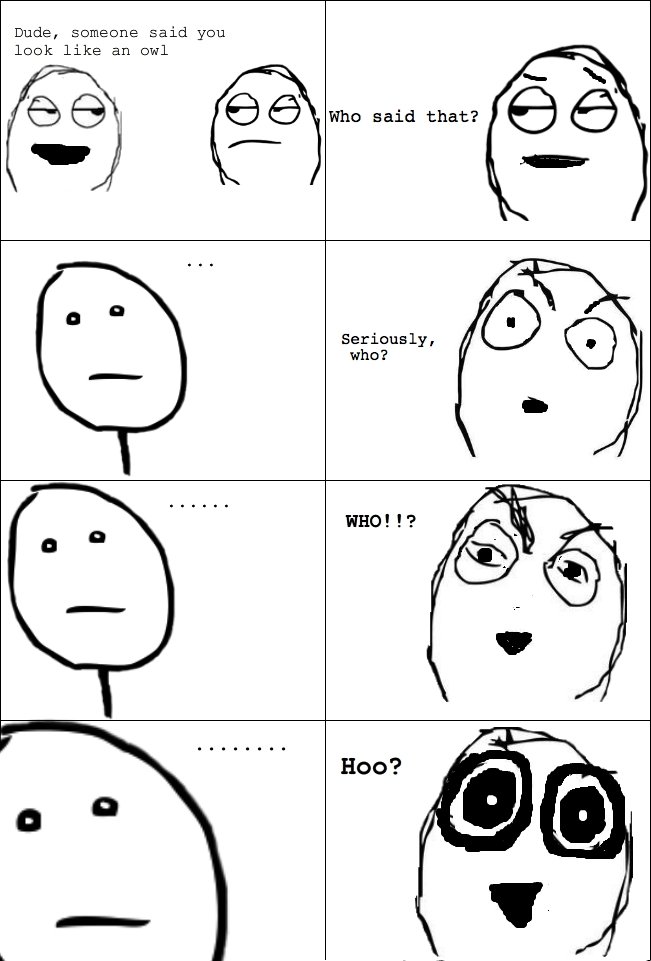 Request hits a Front-End. Front-end will act as a proxy which only knows prefix of each microservice's public part of API (starts with /api/), and proxies request to it. It won't try to do any other job.

Each microservice is a REST app, which has public (/api/*) and private (/private-api/*) parts. Private parts don't do any security-checks regarding their requestor, as they're assumed to be inside secured network. Additional security could be done in future if needed.

Users microservice will have these end-points:

Albums microservice will look quite simple:

If you're curious to play a bit with this repo's code, here are the instructions.

To run, open 3 terminals and run these commands in them:

Alternatively, if you have my par tool installed, you can just run:

If stack doesn't work for you, you can try cabal-only-instructions.

-users and -albums are purely microservices.

In Servant, type-safety of your REST API is taken to the extreme. This means that type expresses not only path of your route, but also types of its dynamic pieces, query-parameters, type of data passed through request-body, expected headers, format and type of return-value. Sounds impressive, isn't it?

But how does it look like, exactly? Well, it's far from looking as an intuitive DSL, but it's good-enough to not want to write one, imho.

The code for routes resides in owlcloud-lib/src/OwlCloud/Types.hs.

Servant API expects you to first describe routes "in types", and then connect them with your routes where you want to. So, you can "implement" your routes several times, just as you can write multiple functions of some type. This lets us describe API for each microservice, and then combine them in bigger API.

This is a central type, which describes all our APIs. We have two type-synonyms for each microservice, and then smash them together with a type-level combinator :<|>. Using type-synonyms means that our type-errors might (and will!) become nasty, and rather suitable for experienced haskeller's brain, but nothing very special to Servant is needed, just a general Haskell type-error-resolving experience.

We don't actually use this type, since our front-end proxy just blindly proxies requests by their prefixes, but having OwlCloudAPI might be useful for documentation and type-checking purposes. You might also combine your microservices in one big service for purposes of testing locally, but it's not in scope of this tutorial.

So, types for Users microservice will look like this:

Again, we have individual routes combined together with :<|> at the end of each line.

It corresponds (as you might have guessed) to route /api/users/owl-in. ReqBody '[JSON] LoginReq tells that Servant will take a request body, requiring a Content-Type: application/json header in your request, decode it as a JSON decoder (it can support multiple, if you put more in list) into LoginReq type, and pass it as a parameter to your handler, which we'll see later.

Wow, whole bunch of information about our route, and all that encoded in mostly-readable type-level representation. Neat!

Everything should be clear except that Authorized function-like thing. What's that? It's a type-synonym I defined at the bottom of the same file:

So, if you replace a type-synonym, your route will look like:

Every resource, which wants to access data of some user, will have to send a SigninToken, which is just a newtype around Text, and put it under Authorization header.

New part is Capture here. It just tells that we have a dynamic part of a route /private-api/users/token-validity/<dynamic-part-here>, which will be captured and passed as a param into our handler.

We capture a sortby param, which you will pass as ?sortby=date at the end of your url.

Here you can also see manual implementation of FromHttpApiData type-class: it's used to encode/decode url piece value into your datatype.

We've covered routes, now we can show how our handlers look like. Let's begin with a Users microservice.

Let's begin with some machinery to combine individual handlers into UsersAPI type, and then generation of a wai Application type. WAI is a set of contracts, which describe a "reusable haskell web application interface". It's similar to Python's WSGI, if you're familiar with that. After you have a WAI Application, you can run it with a haskell web-server of your choice. We'll use warp, which is as fast as nginx (and sometimes faster!).

First thing to notice is that we use a new operator :<|> from Servant, which is a value-level operator (never confuse with :<|>, haha). It combines individual handlers together, and type-system then checks that type of overall expression matches UsersAPI. Errors are somewhat big, as type-synonyms are expanded with not too much help to us, but if you'll look careful enough -- you'll be able to figure thing out.

They start with our /api/users/owl-in handler. We begin with something which amazes me about Servant already: you get your route-parameters as...function parameters!

So, no more silly manual extraction of data from some big Request type: you get what you asked for, and you get it via function parameters. Servant handles the rest for you.

Now, since we don't use a real database for purpose of this tutorial, we'll just allow single login/password pair: ("great horned owl", "tiger"). If it matches, we are generating a SigninToken and put it into a global STM-variable db. It resides inside Common.hs, if you're interested looking at actual implementation, but in real-world app it'll probably just be a database. For curious, type of our database is this:

Yes, we use a global variable in Haskell, and sometimes it makes sense, and it's dangerous (as indicated by the scary names).

If you enter wrong credentials, we will respond with a 400-code error, and a help-message describing the reason. You can add some response body, and additional headers if you want to, but I don't.

Error is returned in this interesting way:

This throwE combinator from transformers package, is something which converts some error-type e into a ExceptT e m a type. The reason we're using it is because Servant uses type ExceptT ServantErr IO a for our handlers. It's a small Monad Transformer stack on top of IO, which allows explicit short-circuiting via ServantErr type, denoting failure.

Our owl-out handler just removes your token from our imaginary database:

Last handler is an inner API to check token validity:

Finally, we run our app on port 8082. Of course, this should be stored in some environment variable or config in real-world:

We use run from Warp web-server mentioned before.

The Albums microservice shouldn't be much harder to understand. Just one end-point, no need for glueing with :<|> operator:

Also notice that we'll need to pass a Manager value in order to have connection-pooling and caching when we speak to other microservices. It's created in main and just passed in parameters.

We don't do any actual sorting here, GHC will tell us about this via Warning of unused sortBy variable (how many frameworks tell you your GET-parameters from your API description are not used?).

Now, the interesting part is the checkValidity function. We put it in Common.hs, since it'd be reused by other microservices in the future. It will do a request to the Users microservice, check the validity of a token, and show an error if needed.

Let's make a new sub-header in this tutorial so it's easier to find.

Servant gives you a mechanism to request other services in a type-safe manner. What you need to do, is to "unpack" your type-level API definition into individual request-routes (also in Common.hs):

The scary Proxy::Proxy UsersAPI part is just to move things from type-level to value-level world. This is usually done when you're already able to extract all needed information from just a type, but you need to do some actions with it at the value-level world.

So, we deconstructed some special-built structure (via client function) into individual routines, which are able to request other microservices.

Their types take usual route arguments, and are returning something of type ExceptT ServantError m a. So, these values are not some descriptions, but rather actions themselves, and they do the hard job of requesting microservices for you. Cool!

Notice the ServantError type. It's not the ServantErr type we've seen before, used to short-circuit from handler. Rather, it's a REST-client-response error, which might happen if, say, your microservice is down or responded with an error.

So we implement a special fly function, which will convert the response from one possible error (microservice-request error) into another: the one which we will send to our users, plus some logging.

There you go, now you know how that type-safe microservice-requesting machinery works. Wasn't that hard, wasn't it!

Now, the last bit is to write a front-end. Code is located at owlcloud-front/src/Main.hs file.

I admit, I didn't implement a bullet-proof fully-functional proxy which handles everything in a streaming fashion (sombody, please do so, would be a useful tutorial, and shouldn't take too much code), it's just not what I intend to do in this tutorial, but this one shouldn't be bad in terms of performance.

We define our app as:

We use a wreq package to do actual requests:

We just re-build a request from the request we received ourselves, and then respond with the response we receive. We implement GET and POST methods only, but you've got the idea for others.

We create a wreq manager, which handles keep-alived connections (to not re-connect to microservice on each request) for us, and just run the web-server.

Let us look how it works.

We just saw how easy it is to write some boilerplate to use The Microservice Architecture, keeping our type-safety for us and our future team mates happy.

I hope you enjoyed it.

Please, send your PRs improving both code and tutorial if you feel like doing that. 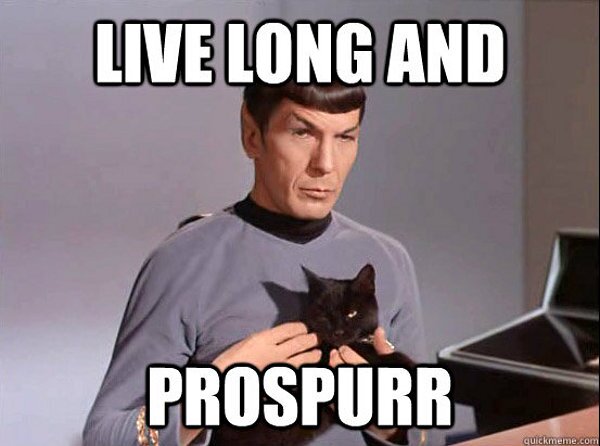