Phantom is a Unity project that was made for live visuals for Phantom Sketch Mod. held in Sapporo on 15th Oct. 2016. Some photos and videos from the event are available here. 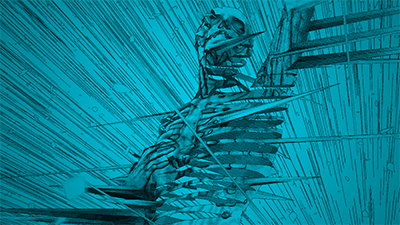 Phantom was made with Unity 5.4.1. Although it's compatible with most of the desktop-class platforms (Windows, Mac, Linux, PS4, Xbox One, etc.), it's using the multi-display feature that is only stable on Windows at the moment. That feature is used to provide the VJing UI -- it shows the UI and previews on the primary display (monitor screen) and sends renders without UI to the secondary display (projector screen).

Phantom uses some GPU intensive image effects (e.g. SSAO, DOF, MotionBlur). In the event, a desktop PC with GeForce GTX 1070 was used to keep flawless 60fps on 1080p. If you're trying to run it on a less powerful PC, you'd have to turn off some of the effects to reduce GPU load.

Phantom and its source code was released under the MIT license.

I don't declare any copyright on visuals made with Phantom. I mean, you can use it for VJing freely.