React's useEffect and useLayoutEffect hooks accept a "dependencies array" argument which indicates to React that you want the callback to be called when those values change between renders. This prevents a LOT of bugs, but it presents a new problem.

If your use(Layout)Effect hook sets state (which it very often does), this will trigger a re-render which could potentially cause the effect to be run again, which can lead to an infinite loop. The end result here is that the effect callback is called repeatedly and that can cause lots of issues depending on what that effect callback does (for example, you could get rate-limited by an API you're hitting).

Yes, I'm aware that it's unfortunate that we have this problem at all with React. No, I don't think that hooks are worse than classes because of this. No, I'm afraid that this probably can't/shouldn't be built-into React because sometimes your effect just runs a lot and that's intentional. But most of the time it's not intentional so this tool is here to help you know when it's happening so you can fix it.

This is a development-time only tool which will help you avoid running into this issue. It wraps React.useEffect and React.useLayoutEffect to provide tracking of the effect callback to determine whether it's called a certain number of times in a certain amount of time. For example. If your effect callback is called 60 times in one second, then it's possible that we have a "runaway effect".

When a runaway effect is detected, stop-runaway-react-effects will log as much info to the console as it knows about the effect callback and its dependencies (as well as some recommendations of what to do about it) and then throw an error to stop the infinite loop.

This module is distributed via npm which is bundled with node and should be installed as one of your project's dependencies:

If you're using a modern bundler (like webpack, parcel, or rollup) with modern production techniques, then that code will all get stripped away in production.

If you'd like to avoid the extra file, an even easier way to do this is to use the hijack utility module:

You can customize the callCount and timeLimit by passing them as options:

You can also wrap one but not the other React effect hook:

Here are some examples of code and output:

That code will produce this: 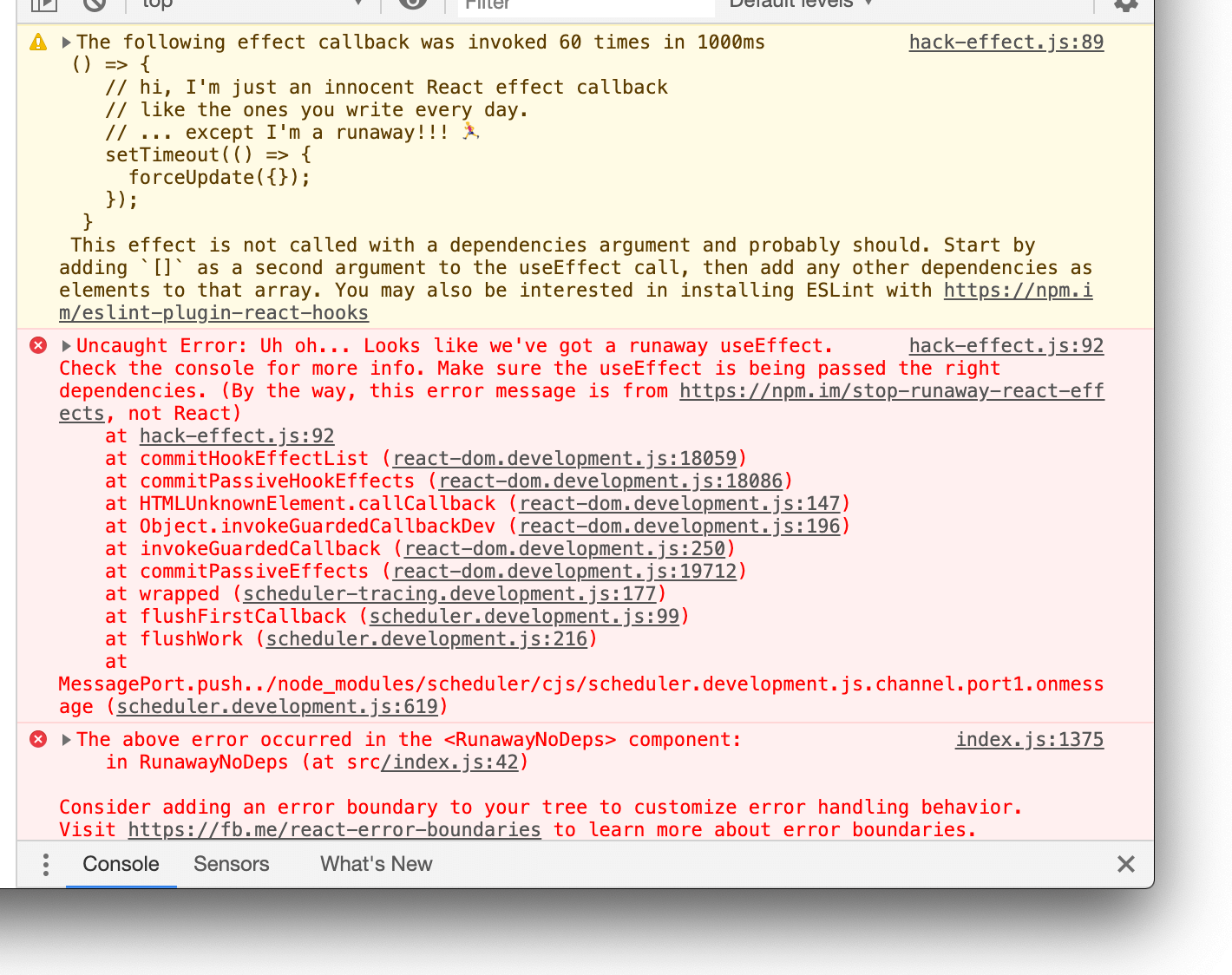 That code will produce this: 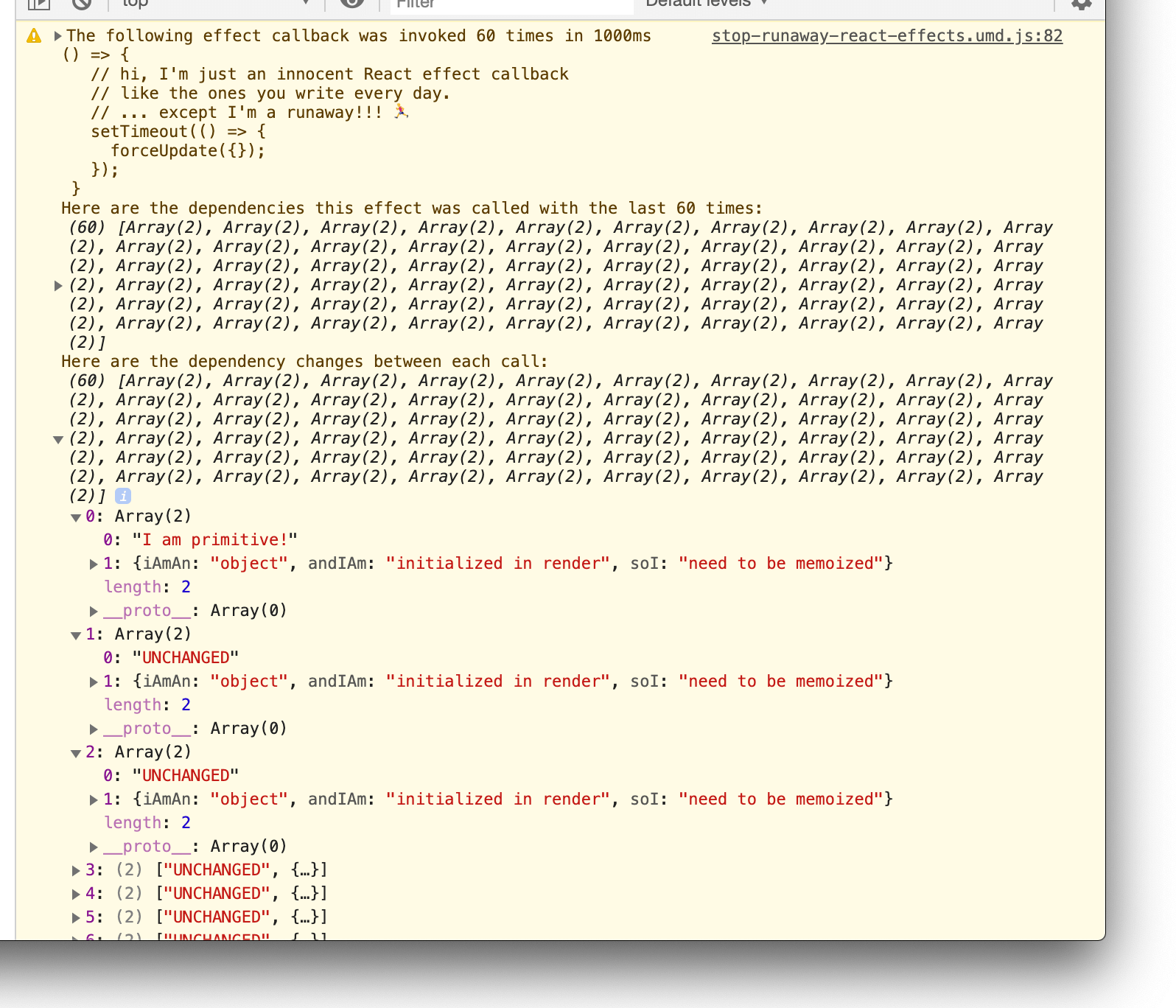 As an instructor I give a lot of react workshop and I know that when people are learning React hooks, this is a huge pitfall for them. I also bump into this issue myself. So one day I decided to do something about it and now it's packaged up here.

I'm not aware of any, if you are please make a pull request and add it here!