This is the runtime for Creature, the advanced 2D Skeletal and Mesh Animation Tool. This runtime is for the Unreal Engine aka UE4 pipeline. It allows you to load in, play back and control your authored Creature Characters in the UE4 environment. Character playback and control are done through Creature's Blueprints enabled functionality.

Trailer Video for the plugin is here.

For more information on how to use the runtimes, please head over to this site

Features of the Creature UE4 Runtime

You can find a list of different character JSONs and their associated PNG texture/character atlases to test out the runtime here.

In it, you should be able to download an animated Fox, Bat, Girl with Skin Swapping etc. from the provided folder..

The directory containing this is called CreatureEditorAndPlugin. Most of the concepts from the old runtimes apply to the new ones so it should not be too big of a change. However, you will get access to some fancy new features, including the CreatureAsset, CreatureMeshComponent, new UI and a state machine.

Much of the new features and editor work for the new plugin are due to amazing work by God of Pen. Please have a look at his modified plugin here. Thanks for all the hard work and contributions!

Thanks also to Eyesiah for numerous code fixes and contributions to the plugin!

What is the roadmap ahead for Creature Runtime development?

Most of the new work will now be focused on the files in CreatureEditorAndPlugin.

A scene in the age of dinosaurs, with animation authored and exported from Creature into UE4. This shows 200+ Creature Characters in realtime running with the Creature UE4 Plugin.

Elephant Stomp! is a demo game showcasing the Creature Animation System and its UE4 Plugin. The entire game runs off the Creature UE4 Plugin and is written 100% in the BP system.

Control the Elephant and its Magic Rider battling waves of soldiers. As you take out the soldiers, you gain spell powers enabling you to either summon in a rain drop of fish from the heavens or call in a flock of deadly stampeding ostriches!

The character art from the game is from the public domain British Library Flickr Archive. 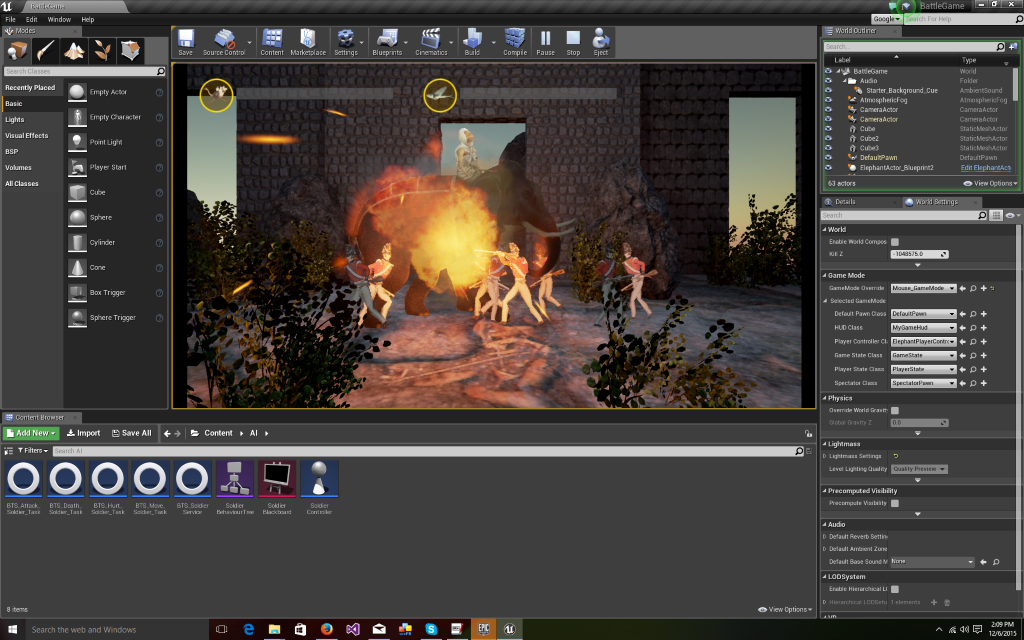 Please head over the CreatureDemos repository to download this demo.

A demo scene consisting of multiple characters with artwork all sourced from the public domain British Library Flickr Archive is presented here. This demo is constructed in UE4 so you will need UE4.9 and above to open to run the project.

The scene demonstrates multiple advanced features of the Creature Animation Tool, including the usage of Force Field Motors for Cloth Dynamics, Custom Cycle Motors for walking and the Creature UE4 Runtime.

The actual animation logic for the walking pheasants and tapir is all authored using the UE4 Blueprints system. 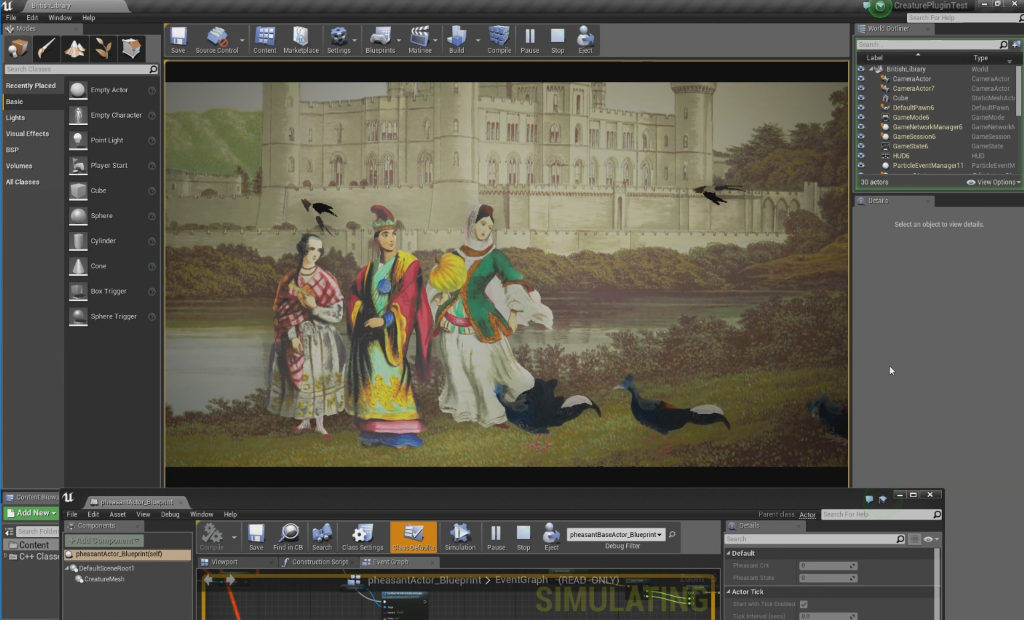 Please head over the CreatureDemos repository to download this demo.

Notes for Building on Platforms like the PS4 (Fixing compile errors)

PaperZD now supports Creature in UE4. ZetaD is response to Paper2D lack of animation support, allowing users to create their own AnimBP just as on 3D and be able to use them to drive the animation states or events in a easy and visual way.

The Creature Runtimes operate under 2 License types depending on whether you own a Licensed copy of Creature or not.

Both Licenses allow for private use and do not require any disclosure of your source code.