This repo documents results of tests on vector tiles as defined by MapBox and shows various variants of usage of these tiles on your own server. 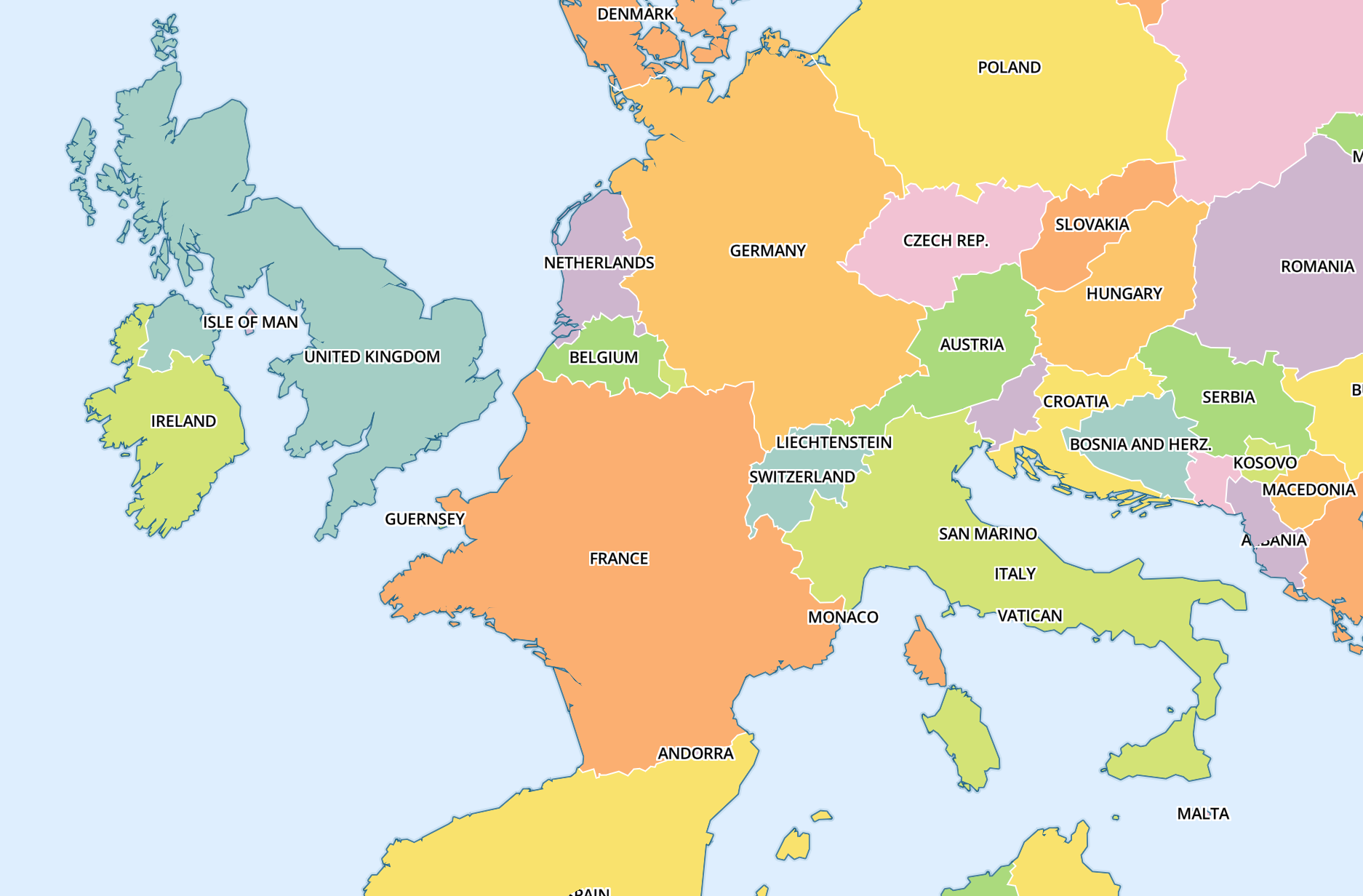 The repo contains two MapBox Studio Classic projects: data source (.tm2source) and style (.tm2) necessary to create custom vector tiles (protobuf encoded MVT - MapBox Vector Tiles) packed in MBTiles and shows what can be done with such tiles. Both these projects contain the Mapnik's XML style usable with any mapnik-powered software, if mapnik is compiled together with mapnik-vector-tiles.

The look&feel of this sample is a port of GeographyClass example from Tilemill into TileMill2 aka MapBox Studio Classic. It uses vector data (.shp) from NaturalEarthData.com, originally distributed by MapBox with the open-source TileMill project for use in the Geography Class example: https://github.com/mapbox/tilemill/tree/master/examples/geography-class

Create vector MBTiles (with pbf inside)

You will get a file with extension .mbtiles, which contains "pbf" vector tiles. Such sample file can be also directly downloaded as countries.mbtiles

Host the vector tiles on your own server

It is easy to host the vector tiles on MapBox service, but if you want it on your own server is straightforward as well by installing Tileserver-PHP project. If you a have an Apache+PHP hosting - just unpack the project files and drop the MBTiles with vector (or raster) tiles in the same directory. See this video tutorial: https://youtu.be/F6MvDvc5m-I?list=PLGHe6Moaz52PiQd1mO-S9QrCjqSn1v-ay

Alternativelly you could also start the TileServer-PHP on your laptop with docker. The ready to use container is on DockerHub. Under Mac OS X and Windows docker is extremely easy to use with the Kitematic graphical user interface: https://kitematic.com/ In Kitematic just search for "tileserver" and start the virtual machine with the project inside by clicking on "Start". Then click on "Volumes" and drop into the folder your MBTiles files - and you get a running hosting for your vector tiles.

Load the tiles into MapBox Studio from your server

MapBox Studio project with styles can load the vector tiles from your own server, if you provide URL to the TileJSON (linked from bottom of the sidebar in TileServer.php viewer of each layer). (Note: in MapBox Studio 0.2.7 is a bug #1288 with "Invalid URL", fixed in the master so probably fixed 0.2.8+).

There must be correct CORS headers on your server - but TileServer-PHP project ensures everything is fine out of the box.

Host the vector tiles without any server at all

The vector tiles can be unpacked from MBTiles (SQLite) container and hosted just a in direct folder structure - the same way as raster tiles are typically made with a software like MapTiler or GDAL2Tiles. The demonstration of such approach is visible at http://klokantech.github.io/mapbox-gl-js-offline-example/.

To unpack and ungzip the tiles I have used mb-util:

I have prepared a sample viewer with local copy of MapBox GL JS and custom tiles hosted as static files in here:

The styling must be done in a JSON format manually - and is not exportable from MapBox Studio (yet). Because of WebGL browser security restrictions, the tiles must be hosted in the same domain or you have to ensure CORS are set. BTW GitHub Pages used for hosting above does not support CORS headers unfortunatelly, but the rawgit CDN does support CORS.

MapBox Studio does not offer export of the standard raster tiles, but it does contain mapnik which runs on localhost - for users to preview the map style on desktop. This server is exposed also outside of the app #1024. It means a basic program can request the raster tiles in a batch and save these into MBTiles format. If you start MapBox Studio - you can View -> Toggle Developer Tools and check Network request to the tiles you see in the project you edit.

Then a utility like tilecloud can be started on command line to request all tiles at given resolution and save these into raster MBTiles format.