The goal of the project is to create implementations of state-of-the-art RL algorithms as well as a platform for developing and testing new ones, yet keep the code simple and portable thanks to Keras and its ability to use various backends.

This makes KERL very similar to OpenAI Baselines, only with focus on Keras.

With KERL you can quickly train various agents to play Atari games from pixels and dive into details of their implementation. Here's an example of such agent trained with KERL (link to a youtube video): 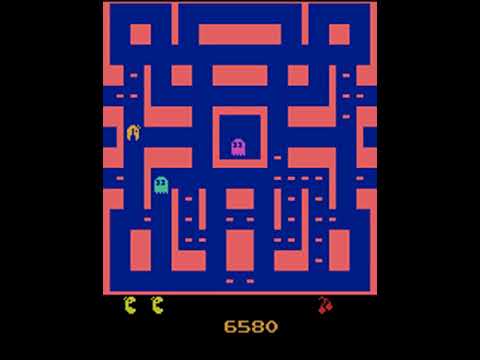 (click on the left link for more details about each implementation)

All algorithms support adaptive normalization of returns Pop-Art, described in DeepMind's paper "Learning values across many orders of magnitude". This greatly simplifies the training, often making it possible to just throw the algorithm at a task and get a decent result.

This is also possible to run training on downscaled version of the game, which can significantly increase the speed of training, although can also damage the algorithms's performance depending on the resolution you choose.

Currently KERL does not support continuous control tasks and so far was tested only on various Atari games supported by The Arcade Learning Environment via OpenAI Gym.

Assuming you use some kind of Linux/MacOS and you have both Git and Python >= 3.6 already installed and the python available as python3. Here's how you can clone the repository and install the necessary libraries:

If you have difficulties finding Python 3.6 for your OS, perhaps pyenv can help you.

You will also need to install some backend for Keras. For this example we'll install TensorFlow.

Now you can start training your agent by calling

This command will train a PPO agent to play MsPacman by running 16 parallel simulations, each of which will be run during 5 time steps for each training cycle. The agent will use already classical convolutional neural network with dense policy and value outputs, learning rate 2e-4 and scale the rewards down by multiplying them to 0.05 (1/20) to avoid numerical instabilities.

The command will produce two outputs:

You can stop the training at any moment and then start it again, it will pick up the progress from the last save.

If you need to train an agent with a different algoritm, you need to run a differen module, like python -m kerl.a2c.run ..., or python -m kerl.wm.run .... Each module has some unique options to tune its hyper-parameters, you can check them out by calling something like

As the training progresses, you can run the agent and see how well it has mastered the game so far.

Following the example from the quick start, just run

and you'll see the agent playing one episode.

Instead of watching the agent personally, you can record a video of the gameplay:

Such videos are very useful for further analysis. Using cron and --record option you can also schedule regular recording of such videos to better track the agent's progress over time (you will need to have ffmpeg installed).

Check all available options by running

You may also want to take a look at these projects