It doesn't have any user interface yet; you have to edit the code to change which formula it's producing.

I'm running it on an Arduino Duemilanove. Pin 11 has the audio signal, pin 9 has sync (through a 1-kilohm resistor), and pin 7 has video (through a 470-ohm resistor). 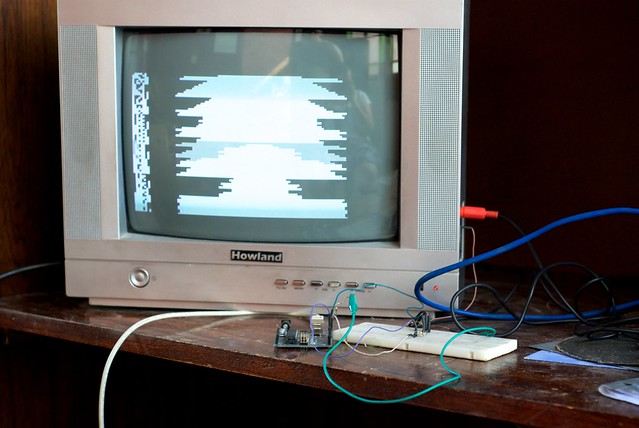