See A Demo By Clicking Here

Download for your favorite bootstrap version with all the necessary JS and CSS to get started right away:

Bootstrap/386 is a Twitter bootstrap v2/31/4 theme to make webpages look like they are from the gentler, less distracting time of the 1980s. 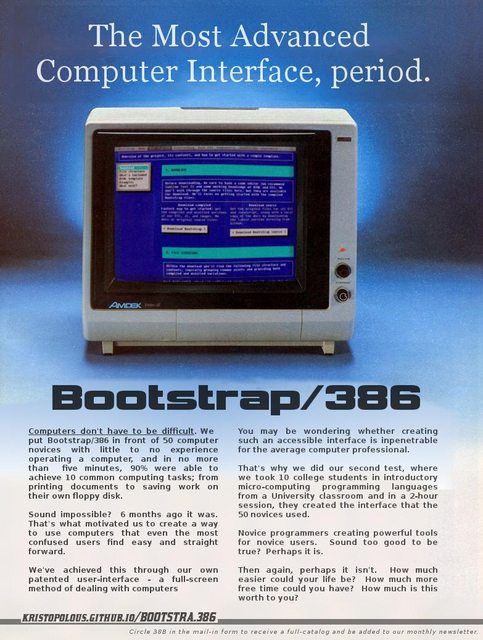 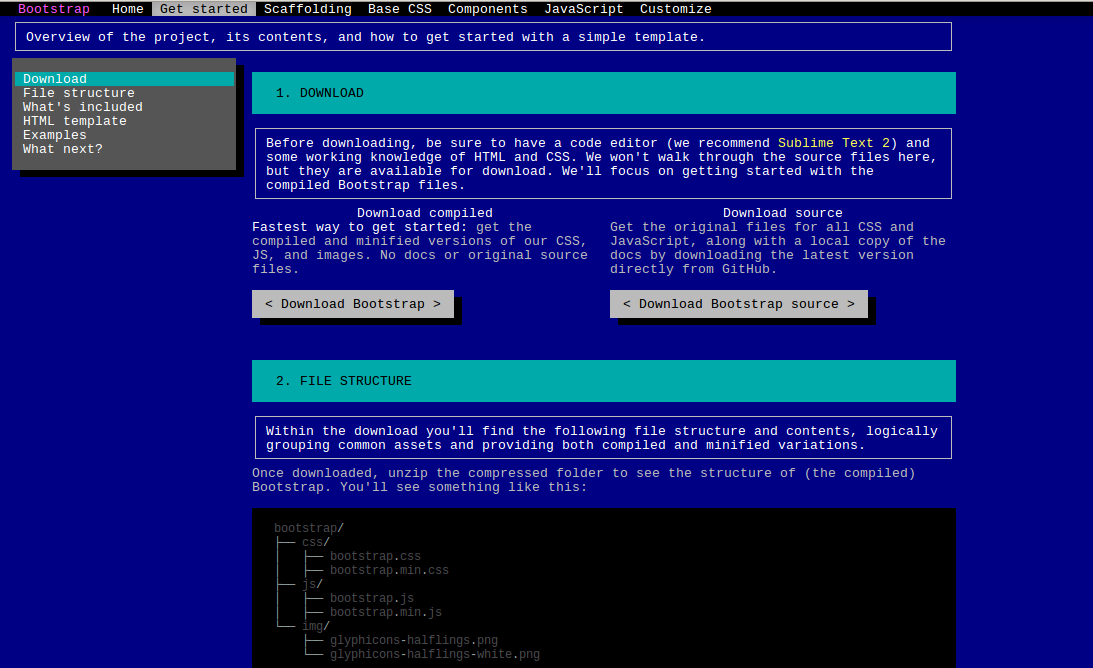 Javascript settings are set via a global _386 object.

The loading animation can be configured through the following values:

Note: For the progressive animation to work you may need to set this stanza in your regular CSS: body { visibility: hidden }.

During a 2018 April fools' prank, a user pointed out that this theme doesn't work without javascript. This is a valid concern, however it cannot be addressed without a user manually doing something since this is just a bootstrap theme.

Luckily, HTML5 permits noscript in the head section which means that style can be put in the noscript section. This means that putting this in the header would permit people without JS on to see the site:

While you're here, let me plug another fun project I have. This one includes a 1990's style "made for tv" infomercial I made. It's a better way to search manpages called mansnip. At least watch the youtube video, that took me days.

Let's make software fun again, remember those days? Oh you're too young? Well trust me, it used to be a blast! Let's do that again, it was a good time.

Check out the contribution doc - it's easy, I swear.

See the wiki for more documentation.