A React + Redux webapp to list Movies and maintain a Watchlist, powered by TMDb.

I have been developing single-page webapps professionally for more than 3 years (mainly in ExtJS and occasionally in AngularJS as well as plain JS).

Poster is my attempt to create single page webapp to learn React and Redux end-to-end. On my quest to learn React, I encountered several sources on the web, some of which helped (linked below) and some of which confused me. Over 90% of those tutorials taught how to build "Todo" app in React, but we don't build such Todo apps in real-life (unless you're author of Wunderlist or AnyDo or Google Keep or one of those million apps available on App Store).

I wanted to build webapp that is more than just a Todo app:

In short, it should feel like real-life webapp that we deal with daily. With Poster, I managed to attain all the goals I aimed for. Although, Poster may be far from how an ideal React webapp architecture should be (and I'm still learning lot of new stuff around it), but it did help me understand how React components are built, and how Redux works.

This project may help any person learn React who is new to React and Flux architecture in general (but has front-end web development skills from intermediate to advanced). I have made sure to include comments wherever needed, but I highly suggest to read entire code structure once, and then debug all the flows.

As React being only a "View Layer" of Poster, full circle is completed with following "run-time" dependencies/technologies (only primary dependencies are listed here): 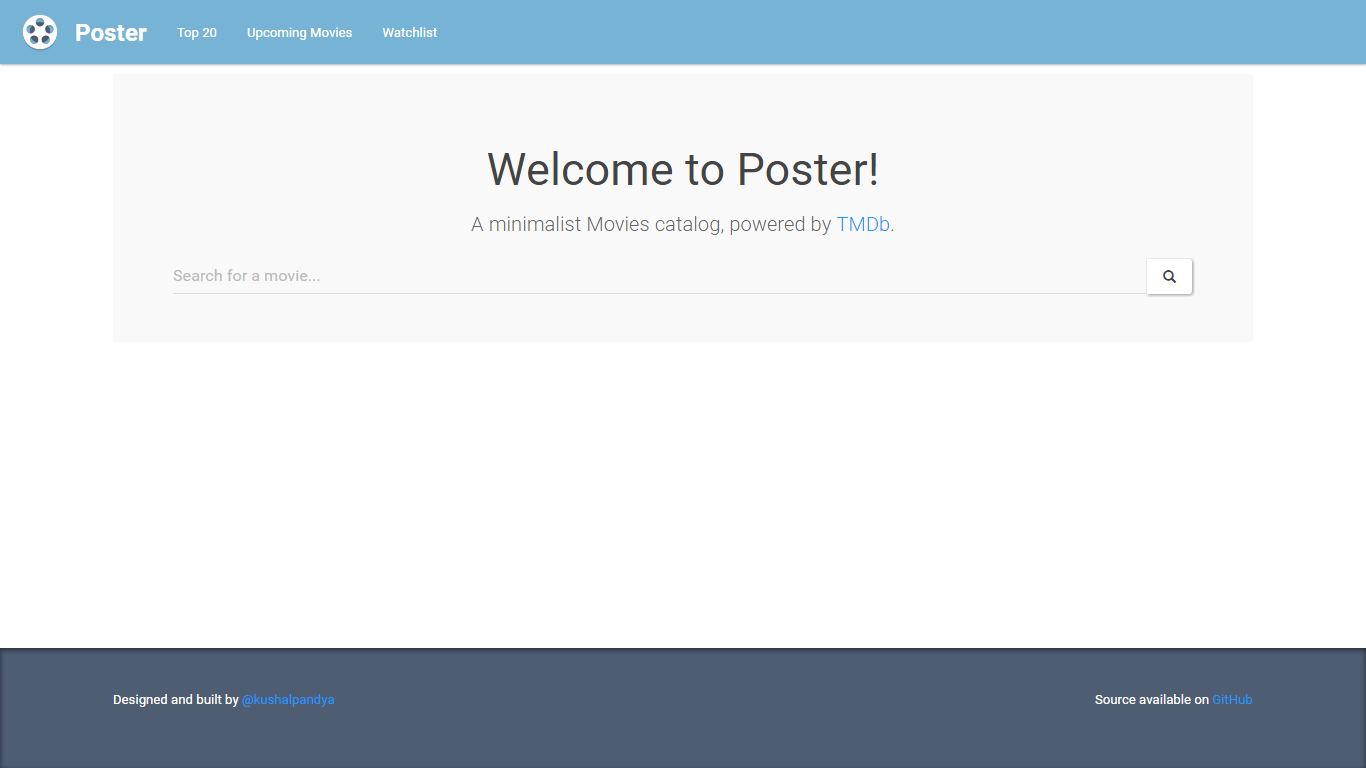 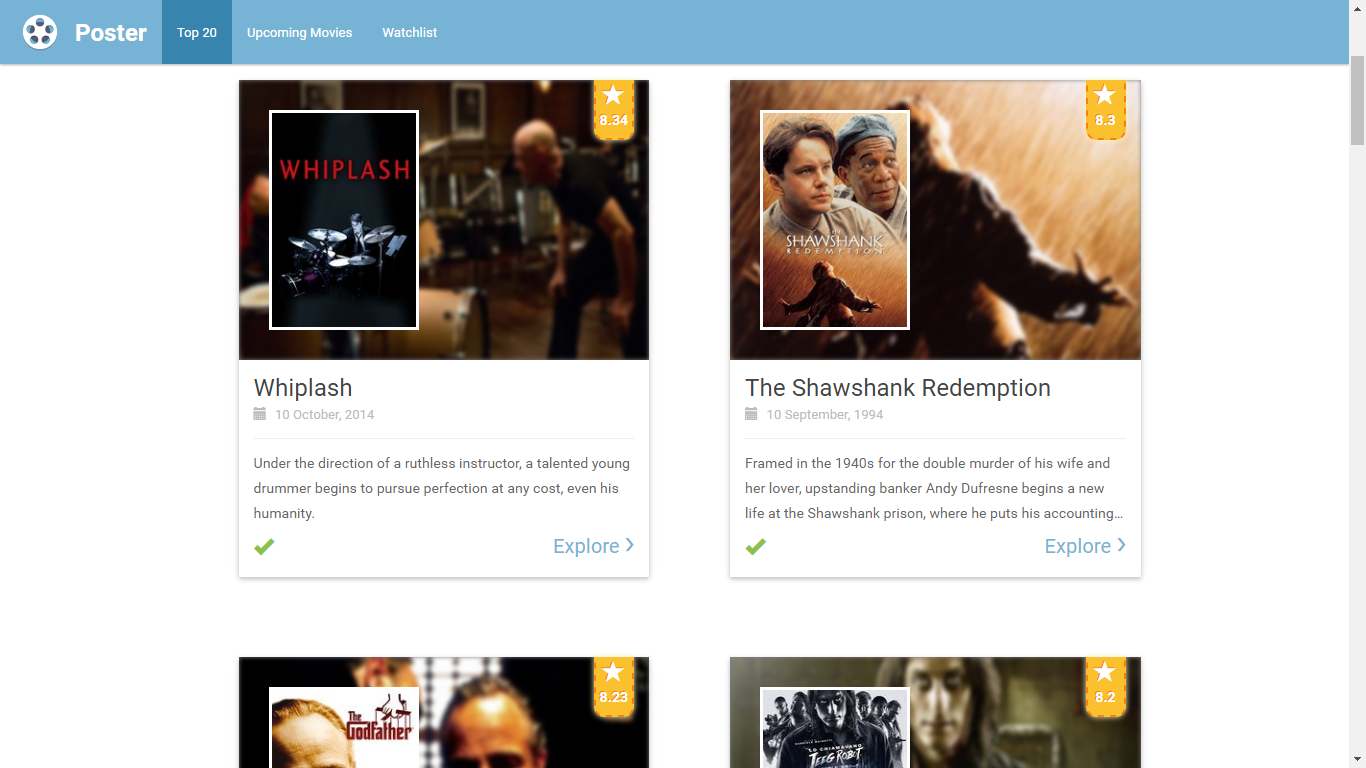 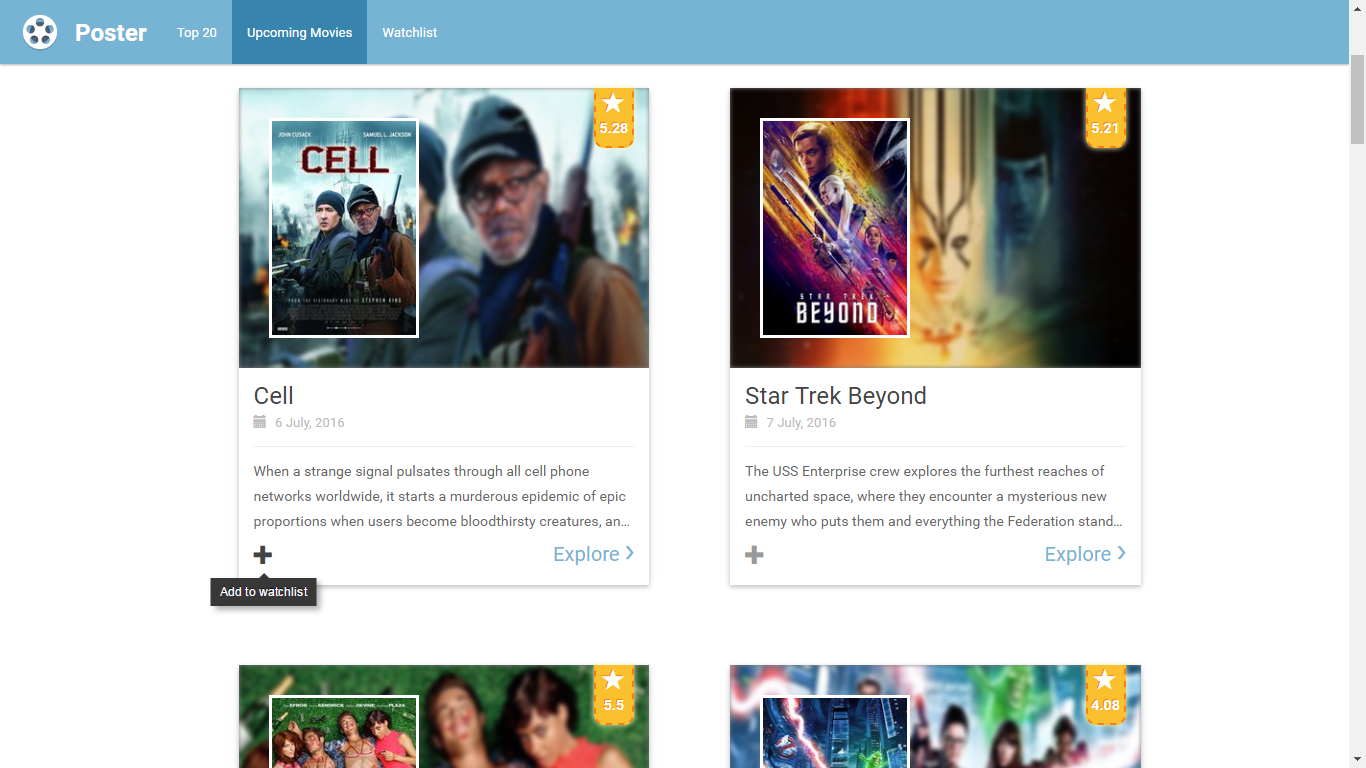 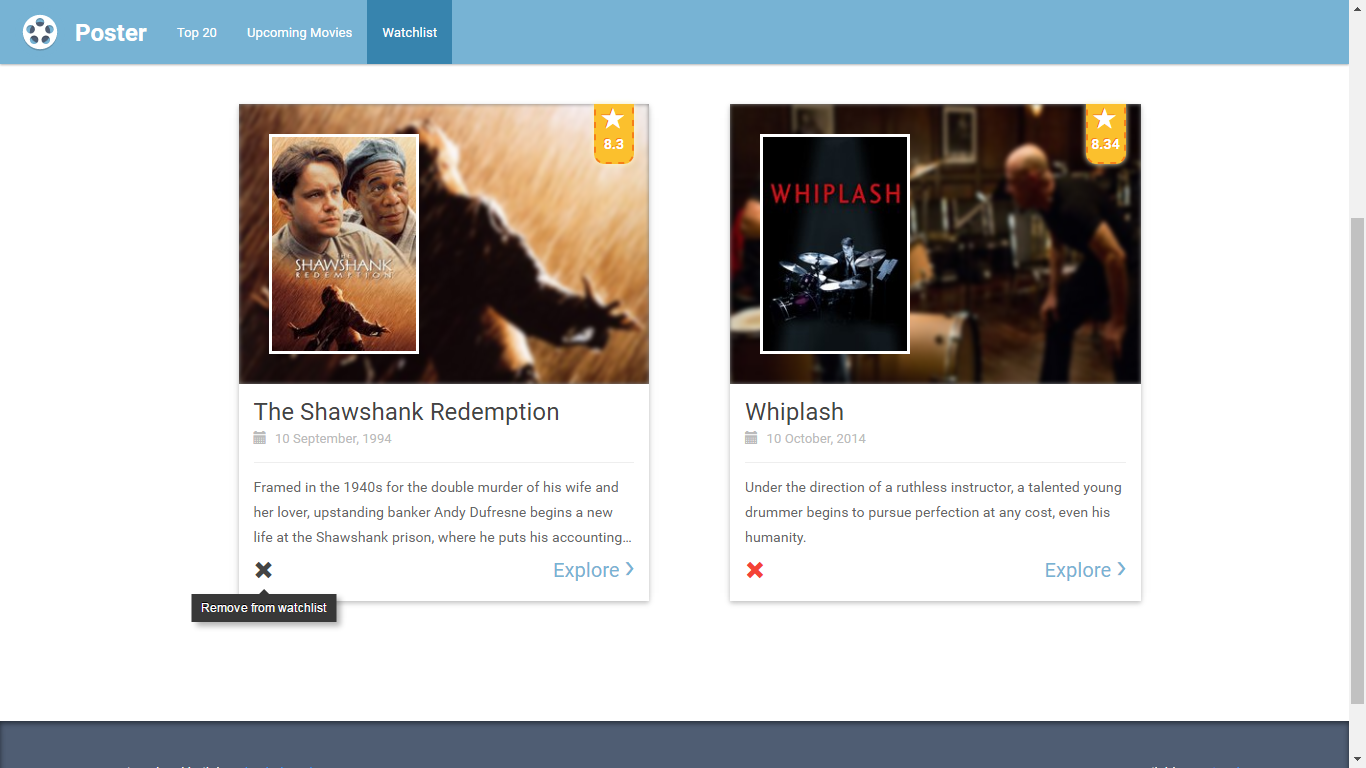 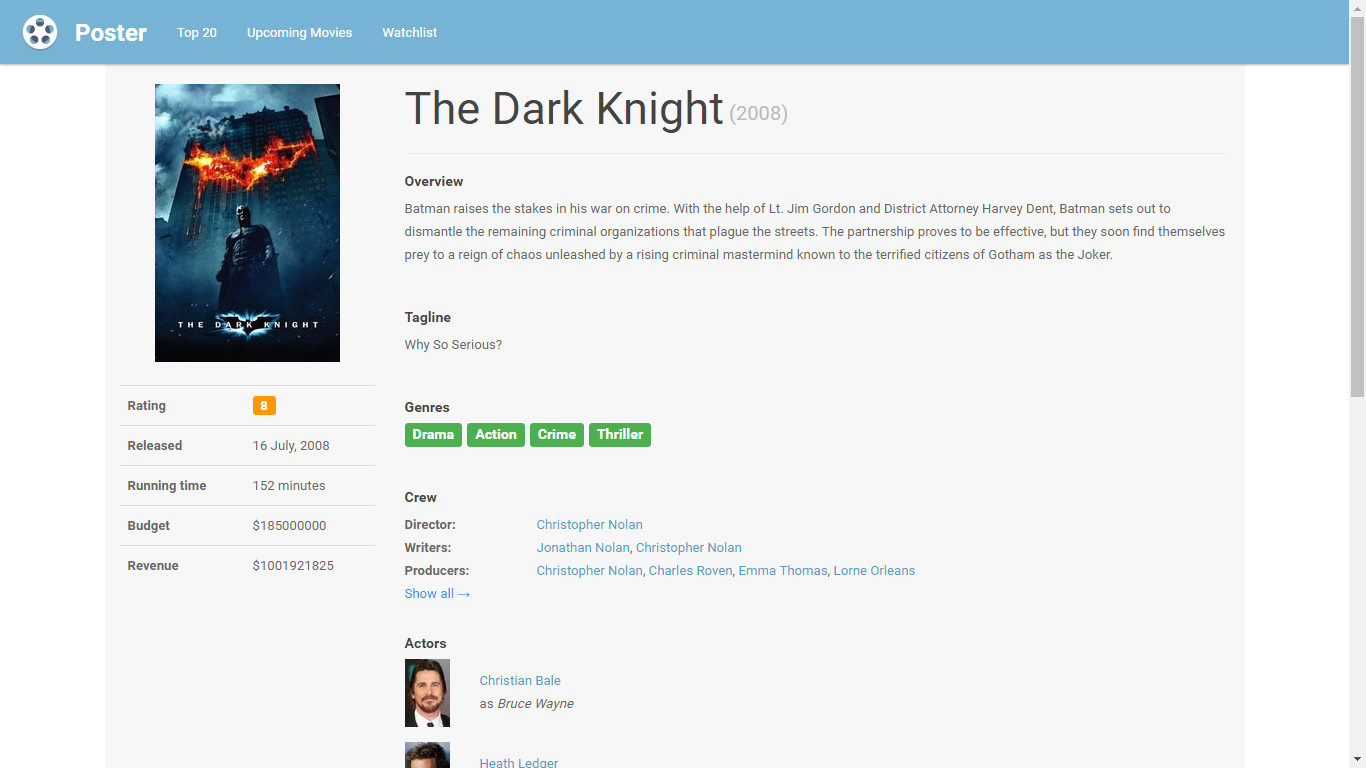 First, make sure you have Poster Server configured and running and then proceed.

Download the tarball and extract it or clone the repo, and run npm install to build the project and then run npm start to start server, this will start Webpack Dev Server in development mode at port 4000 with source-maps and hot module replacement support (you can change it from package.json's scripts > webpackserve's value).

Note: By default, when both Poster & Poster Server are running in same computer, with Poster Server running at port 9000. If you change Poster Server port (from its configuration.json), you need to also change the same in Poster's app/actions/poster.js file for value of constant variable API_URL.

In my knowledge, there's no "official" directory structure that's followed in React+Redux app, but there are some basic rules which are kept in mind while rest of the structure can be anything that works for you. Following is directory structure of Poster, starting from root. Only essential files and folders are mentioned.

Poster will continue to be updated to keep up with latest version of React (and other used technologies), making use of new/updated APIs and techniques. There are still some things left which I'm planning to add to the project in the future.

Feel free to create a pull-request for any improvement/issue/feature that you wish to add to Poster.

Learning React as a beginner was fun, I'm specially thankful to authors behind following sources that helped me build it.