Coyote is a test agent. It uses a yml configuration file with commands to setup (stdin, env vars, etc) and run. It checks the output for errors and may further search for the presence or absence of specific regular expressions. Finally it creates a html report with the tests, their outputs and some statistics.

The only requirement is the Go Programming Language, at least version 1.10+.

This command will install the Coyote in $PATH (setup your $GOPATH/bin if you didn't already).

Getting your tests ran by the coyote -c command.

The above command will run against those tests described in the passed test files and will generate a rich report inside the ./coyote.html template file before exit. The exit code of coyote is the number of failed tests, up to 254 failed tests. For 255 or more failed tests, the exit code will remain at 255.

The coyote.html template file needs a web server to be displayed correctly, you can use any web server to achieve this, like iris or python's httpserver module, it's up to you, i.e cd ./my-tests-folder && python -m http.server 8000, open a new browser tab and navigate to the http://localhost:8000/coyote.html.

The best example for understanding how to setup a coyote test, would be the kafka-tests.yaml which we use to test our Kafka setup for the Landoop Boxes. 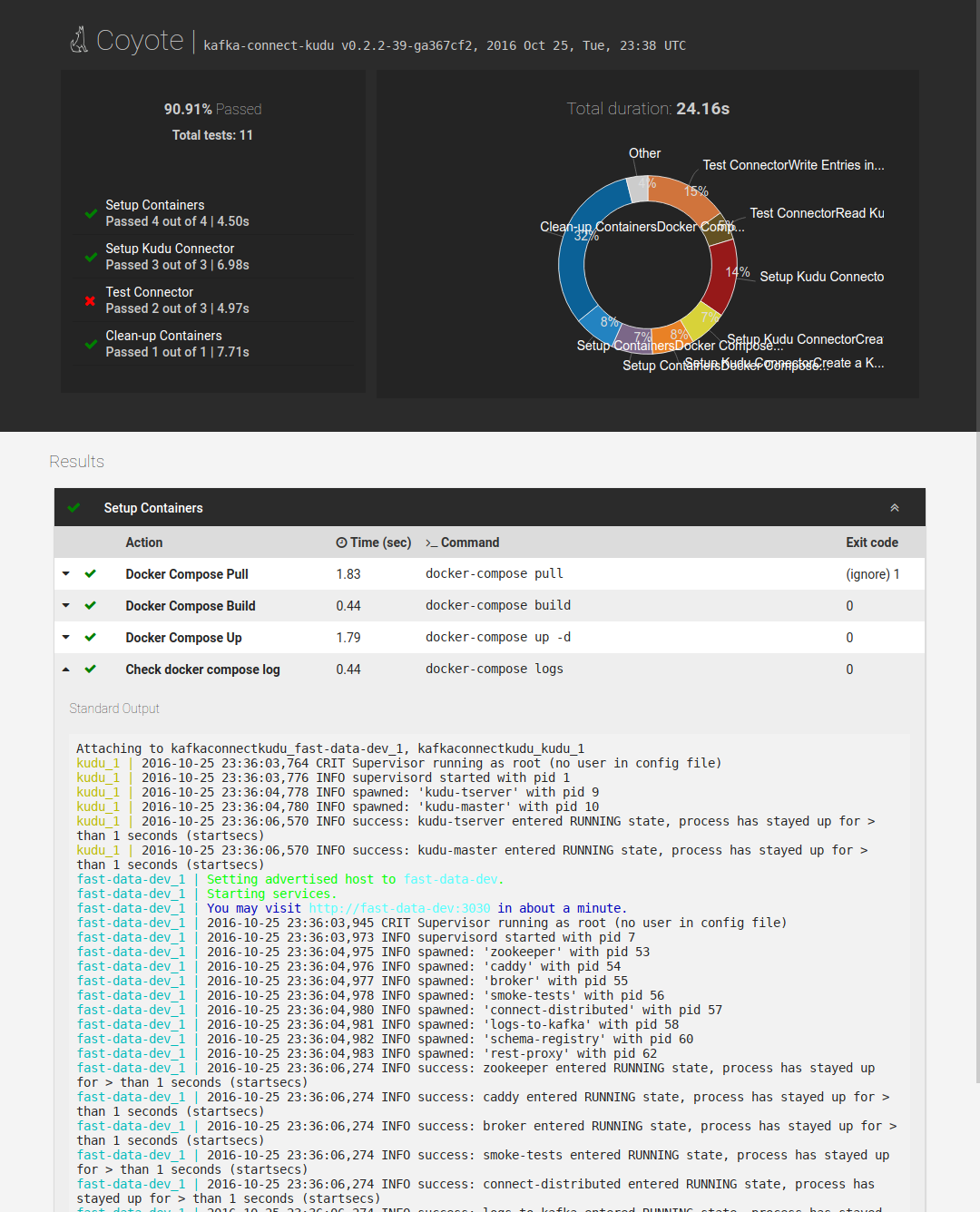 Note that coyote stores the stderr and stdout of each command in memory, so it isn't suitable for testing commands with huge outputs

Timeout will stop the command's execution when duration passed.

An option you may add to your groups or per command is skip. This option will skip the test if set to (case insensitive) true. Please note that this isn't a boolean option but rather a string.

The idea behind it is that you can have a test like this:

And then you can easily switch off parts of the test using sed or other tools.