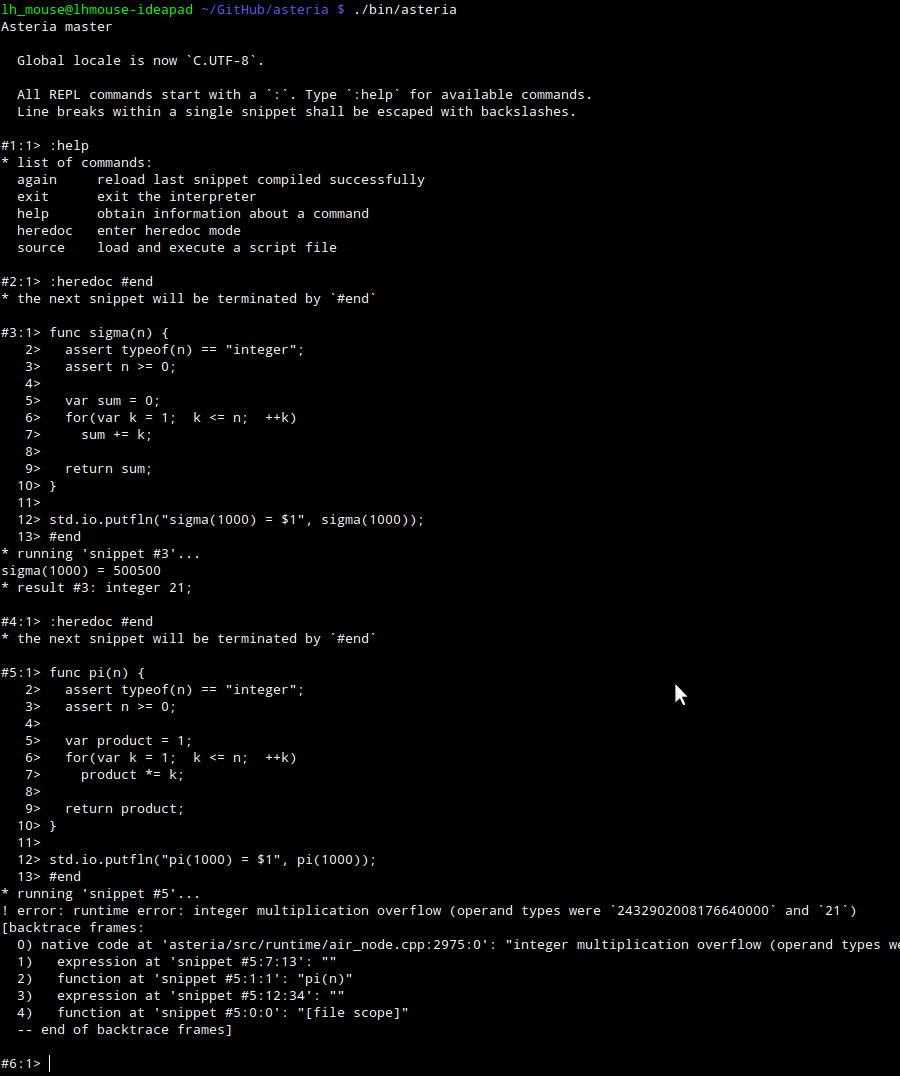 I started learning programming from ActionScript since Flash 5 days. It was no sooner (and not strange, either) than I learned JavaScript, because they are so similar. I admit that JavaScript is a fascinating language, but it also has quite a few drawbacks when we look at it today:

Here is an issue that is shared by almost all common languages, including C and Python:

However, compared with typed languages such as Java, JavaScript has a few advantages:

Asteria has been highly inspired by JavaScript but has been designed to address such issues.

Asteria is untyped. Variables do not have types. Only values (which can be stored in in variables) do. In this sense functions are considered opaque data.

There are 9 data types: