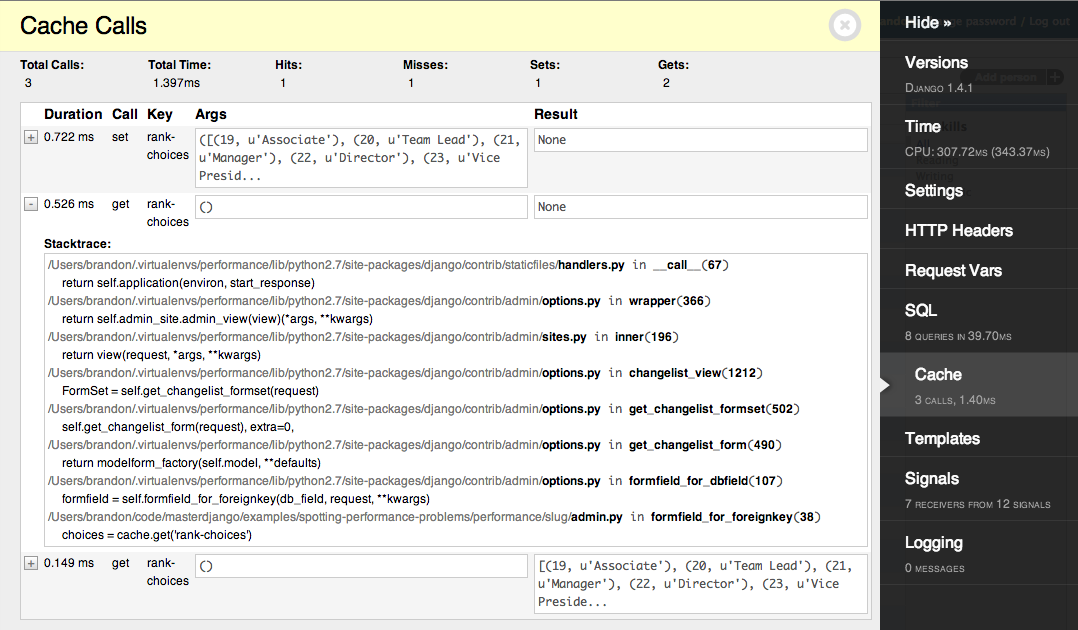 The Django Cache Panel is an add-on for the Django Debug Toolbar to track cache usage. It is a fork of the Cache Debug Toolbar project by Rick van Hattem, which is where the statistics tracking at the core of this project comes from. The generic cache wrapper is modified from the django-debug-cache-panel project by Jeff Balogh.

It's been tested with Django 1.4 and Django Debug Toolbar 0.9.4 using the python-memcached backend. If you've tried it out with other configurations, please let me know!

The project has been modified to be more generic, capturing only the functions found in the BaseCache so that it should be compatible with more cache backends. The way the statistics are captured and the presentation of the statistics has also been modified to be more similar to the SQL panel. The requirement for the panel to be imported in settings has been removed.