This codebase contains the software and hardware designs that allow Tautology's flame effects to be controlled by MIDI devices. Synferno is an group of flame effects that are sequenced, synchronized, and controlled by DJs and other electronic musicians. Beats and heats.

A synferno system consists of a console and one or more flame effects. The default configuration has one flame effect each on the right and left channels. Each flame effect has a pass-through SpeakOn port, which allows for multiple flame effects to be connected in series on stage left and stage right.

The synferno console is the device that sits in the DJ booth and allows the performer to synchronize her hardware to the flame effects.

The back of the console has six interface components:

The top of the console has ten interface components: 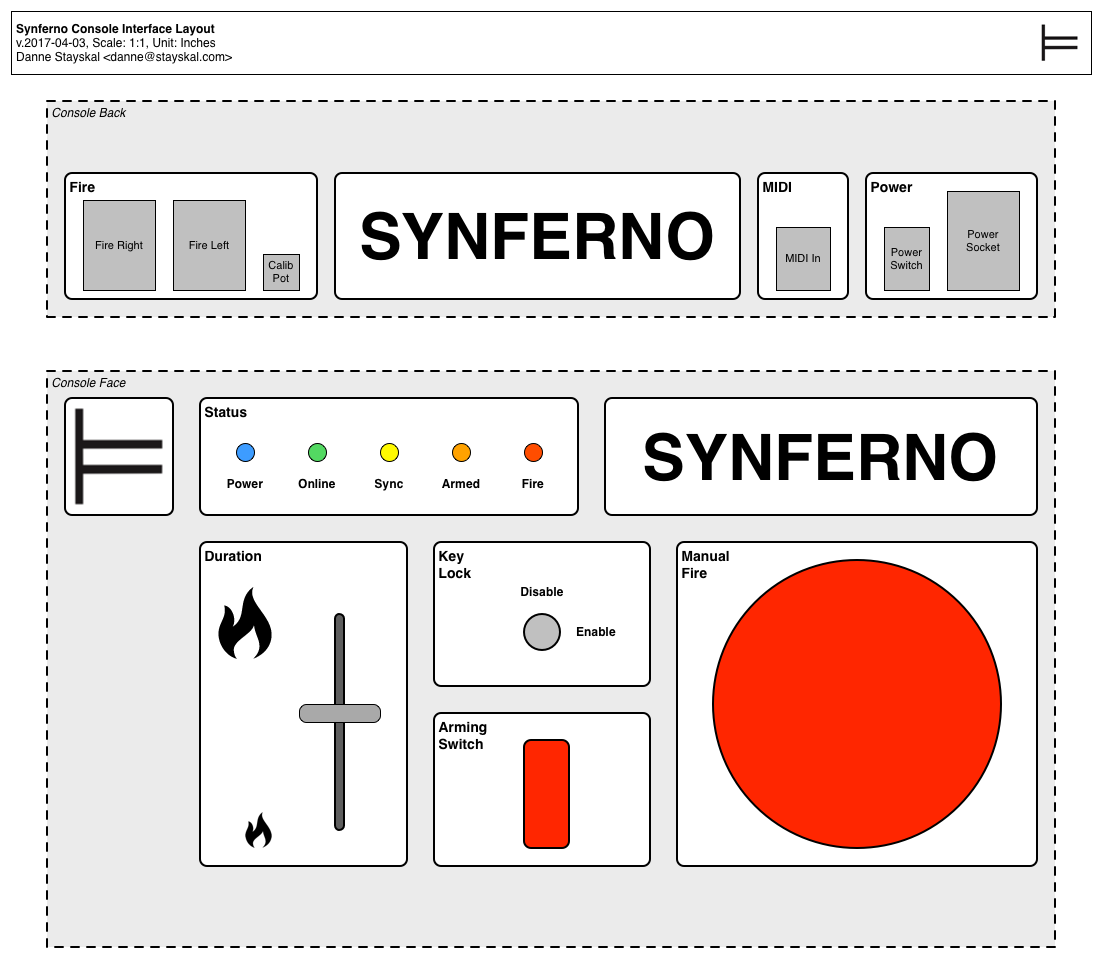 The following parts are required to build the Synferno console. 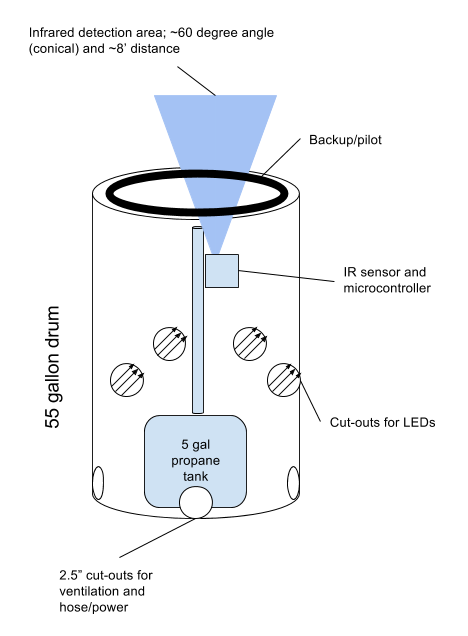