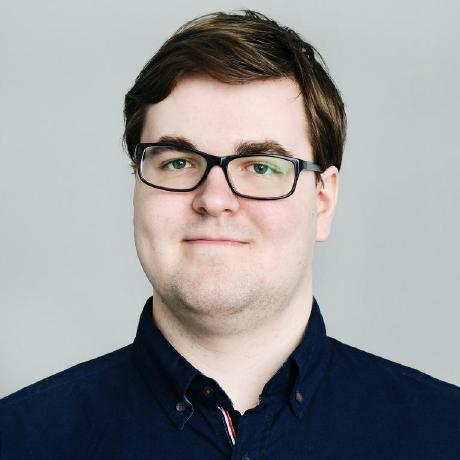 Smashing bits and bytes together

Smashing bits and bytes together
Follow
Software Engineering major at Metropolia UAS. Does web-related stuff and DevOps. Runner of @TheCodingDen and breaker of things.
30 followers · 24 following · 173

I'm Linus, an IT student and software developer from Finland. I'm currently studying Information and Communication Technology at Metropolia University of Applied Sciences, majoring in Software Engineering and with the aim to become a full stack engineer one day.

This is where most of the code I write is hosted. I've been working on open source software ever since I started programming as a hobby in my teens back in 2016, and have created a fair few programs since then. The most notable ones are pinned below this blurb. The less notable ones... Well, the less said about set-me-on-fire, the better.

My forte is JavaScript and variants thereof like TypeScript, both when it comes to frontend and backend. You name anything relating to the web, it's right up my alley. I've also been known to tangle myself up in network cables and fans to wrangle servers into behaving decently often.

In the past, I have done work in software development and/or systems administration for, among others, Tarra-Tac and the Finnish Defence Forces. Outside of paid work, I've been known to code it up for various volunteer-based organisations, the most notable of them being The Coding Den and TheSharks.

Finally, if you want to find me on some other platforms, here's a few I can be found on:

Hope you find the things I have created useful!

(Random fact about me: I'm Finnish but speak and write English with a British diction. )

1,210 contributions in the last year