Anchoring on a blockchain is a simple and cheap way to notarize documents and timestamp data. Authorization levels and ACLs offer limited protection against manipulation by those in charge or tasked to maintain the system.

You can provide indisputable proof of existence by securing a hash on the LTO Network public blockchain: https://anchor-demo.lto.network/demo

The LTO node comes in several flavors. Anchoring nodes expose an HTTP REST interface allowing you to easily submit anchor transactions. The transactions are signed by the node and (thus) paid by the account associated with the node.

To anchor send a POST request to https://anchor-demo.lto.network/ with a JSON body.

The following encodings are accepted; hex, base58, and base64.

The node exposes a Swagger UI which you can use to try out all the available HTTP endpoints. 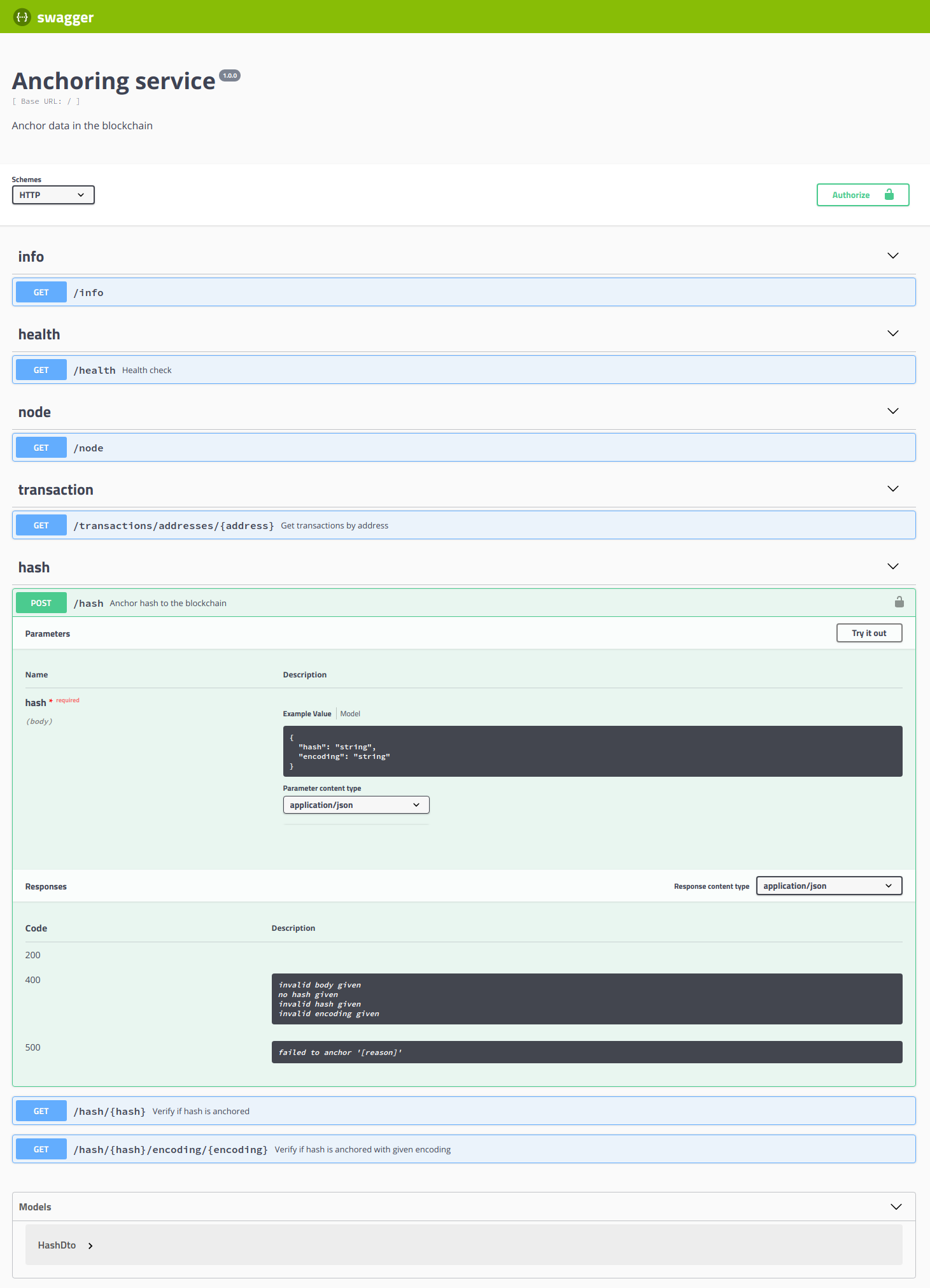 The demo service uses LTO testnet. Transactions on testnet are free, but the network isn't secure and must not be used in production.

If the node is set up correctly, you’ll need to provide the API key for each request as X-LTO-Key request header. This key has been configured as environment variable LTO_API_KEY during set up.