Prince of Persia for Roku 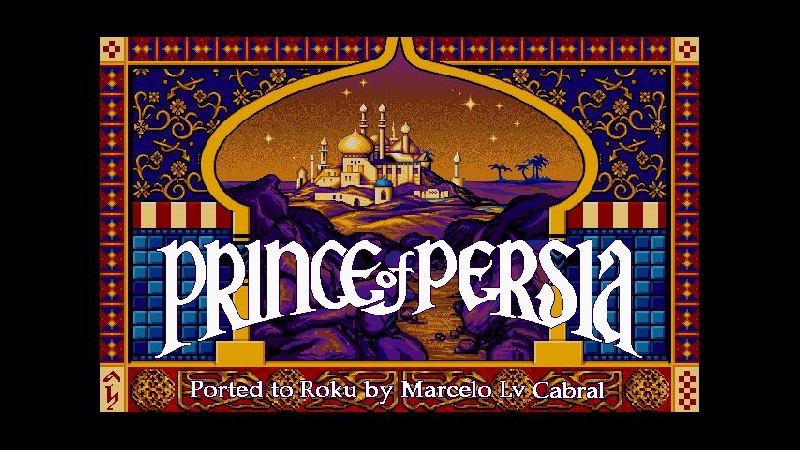 I started this project, in Februrary of 2016, as a programming excercise while I was learning more about Roku Brightscript 2D gamming API.

This port was made using the (unfinished) HTML5 version developed by @ultrabolido as a starting point, and the original Apple II Assembly code by Jordan Mechner as a reference for the functionalities. I also got a lot of help from the Prince of Persia Modding Community, where I could get tools, assets and all my questions answered on the Forum, thanks guys!

With the high resolution of the current Full HD TV's I had the idea to implement a new feature for the game, never before seen on Prince of Persia ports, the multi-room mode, this way instead of only being able to see the current room you are playing at, now you can see 4 (2x2 mode) or even 9 (3x3 mode) rooms at the same time. This feature I created gives (literally) a new perspective to the game.

There are two selectable options of sprites, the classic MS-DOS (1990) and Macintosh (1992) versions, all levels and cut scenes are already implemented. In addition to that, it also supports Mods with custom levels, graphics and sounds. Some examples, converted from the Community DOS Mods, are available in the source code.

Below links to some preview videos I published on YouTube during the development:

You should also take a look at my other retro-game remake projects Lode Runner for Roku and Donkey Kong for Roku, Moon Patrol for Roku.

Disclaimer: This source code shall not be used commercially or sold in any form, the objective of this project is educational. Any usage/publication of this code shall be explicitly authorized by the author.