F.O.F. | Boston , stands for Free Offerings of Food, is an application where people can create posts for their extra food that they dont want to throw away. So that, people who helps homeless people can find free food, collect them and give them to whoever in need. This application uses Google Maps API and Google Geocoding API to locate user's address on the map.

A screenshot of the app: 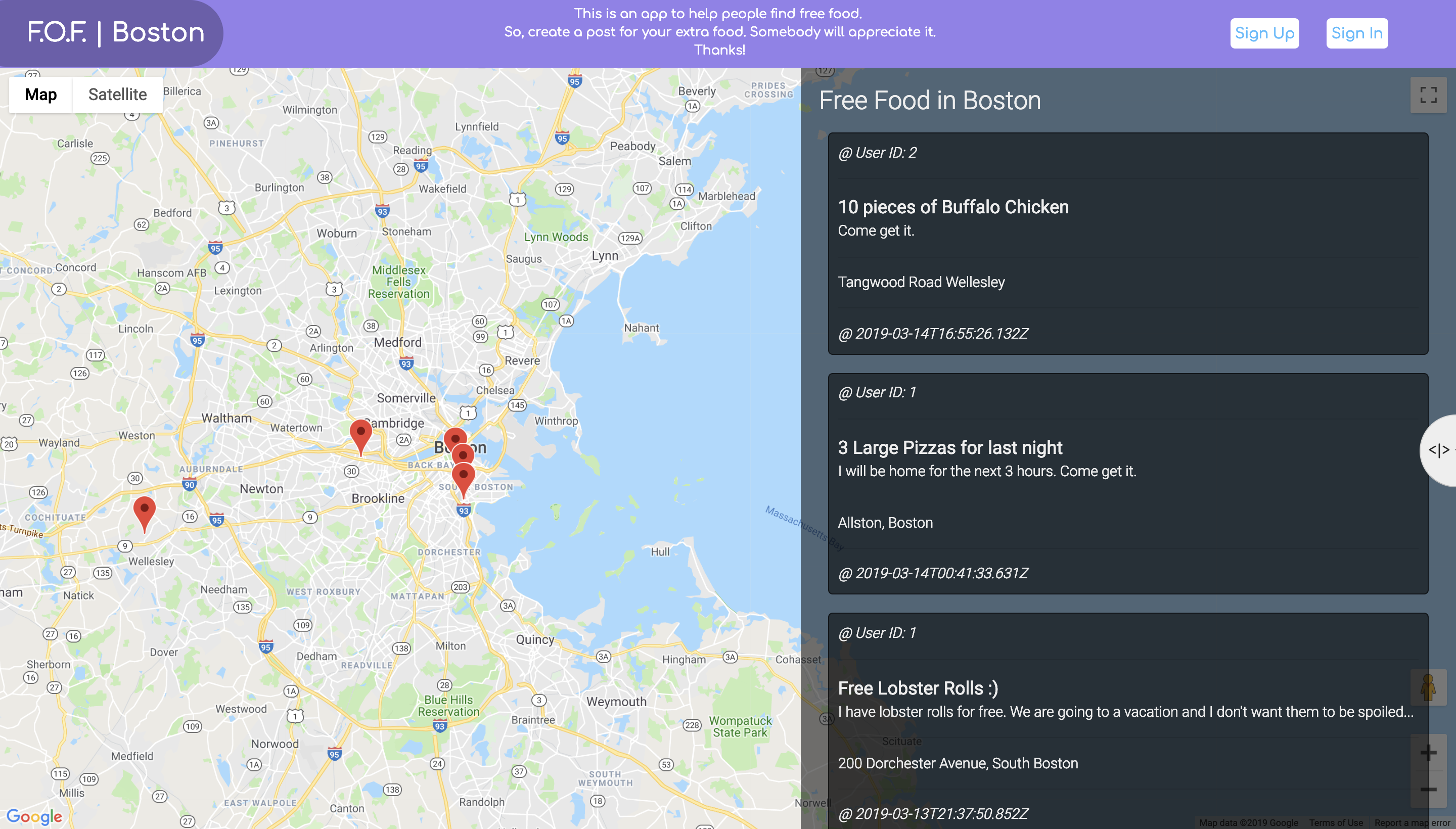 The focus of this project was to successfully use Google Maps API to locate addresses that are provided in the posts, and place markers on the map for those posts. In order to achive this task, 2 different third party api has been used. Because addresses are entered without latitude and longitute values, before being able to use Google Maps API -which needs lat-lng values to locate places- for showing markers, first Google Geocoding API has been utilized and latitude-longitute values of given addresses have been fetched.

Since this is a React.js application, before implying Google Maps API and Google Geocoding API, a planning of the component structure for React app has been done. The most challenging part was to use states to put the address given by user and the lat-lng values coming from geocoding api together and send it to database.

Although everything runs correctly in the app, couple things are omitted to be able to meet m.v.p. requirements before the due date, and those features can be added in future iterations and improvements. Which are:

For those who wants to fork this repo and build on it:

Note: This is a React.js application, please check React Documentation before starting.

Other commands to run