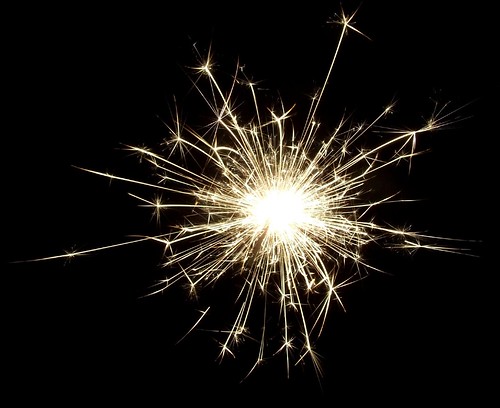 Sparkle is a very popular library used by a significant percentage of (non-app-store) macOS apps, created by Andy Matuschak and now maintained by porneL. Apps use it to check if a newer version is available and present the familiar "A new version of X is available!" dialog to the users.

One of the features of Sparkle is that during the update check it can also send anonymous system info back to the author in the form of URL parameters like "?osVersion=10.13.0". The author can collect this data and then use the gathered statistics to determine e.g. if it's worth supporting Macs with older processors or older versions of macOS.

However, in order to collect these statistics and do something useful with them, you need to have a place to store and present them. Sparkler is meant to be that place: it's a web app that Mac app authors can set up on their servers to collect this kind of statistics from their own users.

To get an idea of how the statistics can look, check out the Sparkler pages for these apps:

After you set up Sparkler on your server (yes, you need to have one) you use the admin panel to add a feed there. You need to give it a name and either a URL of a remote appcast file (e.g. a "raw" link to a GitHub resource) or a path to a file located on the same server.

Sparkler then acts as a proxy to the actual appcast file: if you make a request to e.g. http://your.server/feeds/feed-name, it will cache and serve you the feed XML file as if it was located there, but it will also save any parameters sent with the request to the database.

When you have that working, you need to release an update to your app that points it to http://your.server/feeds/feed-name instead of directly to the actual XML file. Once your users start updating to the new version, you should start seeing data on the statistics page (it might take a few days for the first data to appear, because the system profile info is only sent once a week at most).

To install Sparkler on your server, you need a few other things there first:

If you already have these set up or you know how to install them, you can skip this section.

Any recent Linux distribution will usually include some version of Ruby by default. However, it's possible that it's an older version of Ruby like 1.8 or 1.9. Rails 5 requires Ruby 2.2.2 or newer, but versions lower than 2.3 aren't maintained anymore.

Check which version you have:

If you don't have any or if it's too old, you need to install a more recent version.

You could use a Ruby version manager like RVM or ruby-build, but if you don't need to switch between multiple versions of Ruby, it's enough if you install just one version directly. If you use Ubuntu, the Brightbox repository provides well prepared and up to date Ruby packages for all recent versions that can be easily installed in common versions of Ubuntu. Follow the instructions there and install the latest Ruby version from the repository.

Also, make sure you have Bundler installed - it's a gem (library) used for installing all gems needed by an app:

(you might need to add sudo depending on how you've installed Ruby).

If you have a VPS or another kind of server, you almost certainly have this already, but in case you don't: I recommend Nginx which is more lightweight and easier to set up than Apache. You can install Nginx together with Passenger, the Ruby app server (see below) from the Phusion repository.

Remember to also open the HTTP(S) ports on your firewall.

There are several different competing Ruby app servers, but most of them require running additional server processes in the background that need to be separately monitored, restarted if they go down etc. The one that's easiest to set up and use (IMHO) is Passenger by Phusion, which integrates with Apache or Nginx and uses the web server to launch itself automatically. Follow the instructions on their website to set it up.

Once you have Nginx and Passenger installed, you'll need to add a server block to your Nginx config that looks something like this:

Other Ruby servers you might consider instead include e.g. Unicorn or Puma.

The recommended approach is to use Capistrano, which is a tool commonly used for deploying Rails apps. The advantages are that:

If you want to try the app locally first, clone the repository to your machine:

Create a database config file based on the template file:

The default config uses sparkler_development database in development mode and a root user with no password. Edit the file if needed.

Run the "migrations" that create a correct database schema:

And then start the server at localhost:3000:

Capistrano uses a few config files to tell it where and how to deploy the app. Since everyone will deploy it a bit differently, this repository only includes templates of those files that you need to copy and update to suit your needs. You can find them in deploy/cap, and you can make copies this way:

Next, install the Capistrano gems:

When you're ready, call this command to deploy:

The first deploy should fail with a message "linked file ... does not exist", because you're missing some config files. It will only create the necessary directory structure for you in the specified location on the server:

After you run this, log in to your server, go to /your-app-location/shared/config and create two files there:

You also need to actually set up the user/password in your MySQL and create the specified database (you can use bin/rake db:create).

Once this is done, you can complete the deploy using the same command again:

Repeat this any time you want to update Sparkler to a new version. This will deploy the latest version to a new subdirectory in releases and will change the current link to point to it.

Installing the app directly on the server

If you prefer, you can clone the repository directly on the server:

Next, install the required gems (you don't need the ones used in development and for running tests):

Then create the database.yml and secret_key_base.key files in the config directory as described in the previous section.

You'll also need to run this task to compile asset files like scripts and stylesheets (rerun this after every update too):

When you first open your Sparkler site in a browser, you should see a "Feeds at [hostname]" page and a message that you've been logged in without a password. Go to the account page and set up a password. Then go back to the feeds page and add one or more feeds.

The options for each feed are:

The appcast location can be one of two things:

You can also configure access to the feed statistics page - you have three options:

And finally, you can choose to make a feed inactive - this is almost like deleting it, except the data isn't actually deleted. This is because deleting a feed is a dangerous operation since you could accidentally lose years' worth of data, so it's better to just hide it from the view. If you're really sure that you want to completely delete a feed together with the data, do this manually in the database or in a Rails console (run RAILS_ENV=production bin/rails console in the current directory on the server).

To collect the statistics, you need to update your app to make it load the appcast from the Sparkler server. Change the SUFeedURL key in your Info.plist to e.g. http://your.server/feeds/foobar (/feed/foobar also works as an alias to /feeds/foobar). Once you release the next update (and add it to the old appcast location!), the data should start coming in a few days at most depending on the amount of users you have.

If you haven't done that before, you also need to add the SUEnableSystemProfiling key with value YES to tell Sparkle that you want it to send the system info in the GET parameters if the user agrees (more info on Sparkle wiki). Alternatively, you can ask the user for permission using a custom dialog and then set SUSendProfileInfo = YES in the user defaults if they accept it (setting it without asking might be considered not nice...).

If you have complete control over the current appcast location (i.e. it's on your server), you might be able to reuse the existing URL by simply adding a redirect rule to your HTTP server config. That way, you don't need to change anything in the app (apart from perhaps enabling sending profile info at all, see above).

For example, you could add something like this to Nginx config:

There's one caveat you need to remember about: the webapp caches the appcast file forever once it downloads it successfully - the feed would load much slower and less reliably for your users if it had to make requests to a remote server every time. However, this means that when you update the source appcast with a new entry, Sparkler will still serve the old version.

To fix this, you need to remember to go to the feeds index page on your Sparkler site and press the "Reload data" link under the given feed:

Reloading through the API

Alternatively, you can set up an automated way of reloading the feed by calling the reload API endpoint.

To do that, you need to configure a reload key for authenticating to that endpoint. There are two ways to do this:

In development mode, the key is set to "reloadme!" (see config/secrets.yml).

When the key is configured, you can trigger a reload by making a request to reload, e.g.:

You can do this e.g. from your CI or a deployment script used for releasing your Mac app.

From time to time Rails releases updated versions that fix some security issues. I'll try to update Sparkler quickly when that happens, but in any case, I'd recommend that you follow @rails on Twitter so that you don't miss that (or alternatively, you can subscribe to the Rails Security mailing list).

I don't expect to find many security issues in Sparkler itself since there isn't that much backend code here, but just in case you can check the project's GitHub page now and then :)

Switching back to a direct link to appcast

If at any moment you decide not to use Sparkler anymore, you'll have to deal with the fact that users using older versions of your app will still make requests to the Sparkler URL to check for updates, so you have to keep that working. However, you can handle this by simply configuring your web server to redirect requests made to that URL to the new location, e.g.:

Copyright © 2017 Kuba Suder. Licensed under Very Simple Public License (a simplified version of the MIT license that fits in 3 lines).

If you have any ideas for new features, improvements and bug fixes, pull requests are very welcome. (Just make sure you follow the existing code formatting style since I have a bit of an OCD...)