==> ARDUTOUCH KITS ARE AVAILABLE at CornfieldElectronics.com <== ArduTouch is an Arduino-compatible music synthesizer kit with a built-in touch keyboard, and with built-in speaker/amplifier. Build it, and it works! Way low cost (currently $30.) It comes pre-programmed with a music synthesizer (called "Thick") that makes really nice sounds and mu… http://cornfieldelectronics.com/cfe/p…
Find file 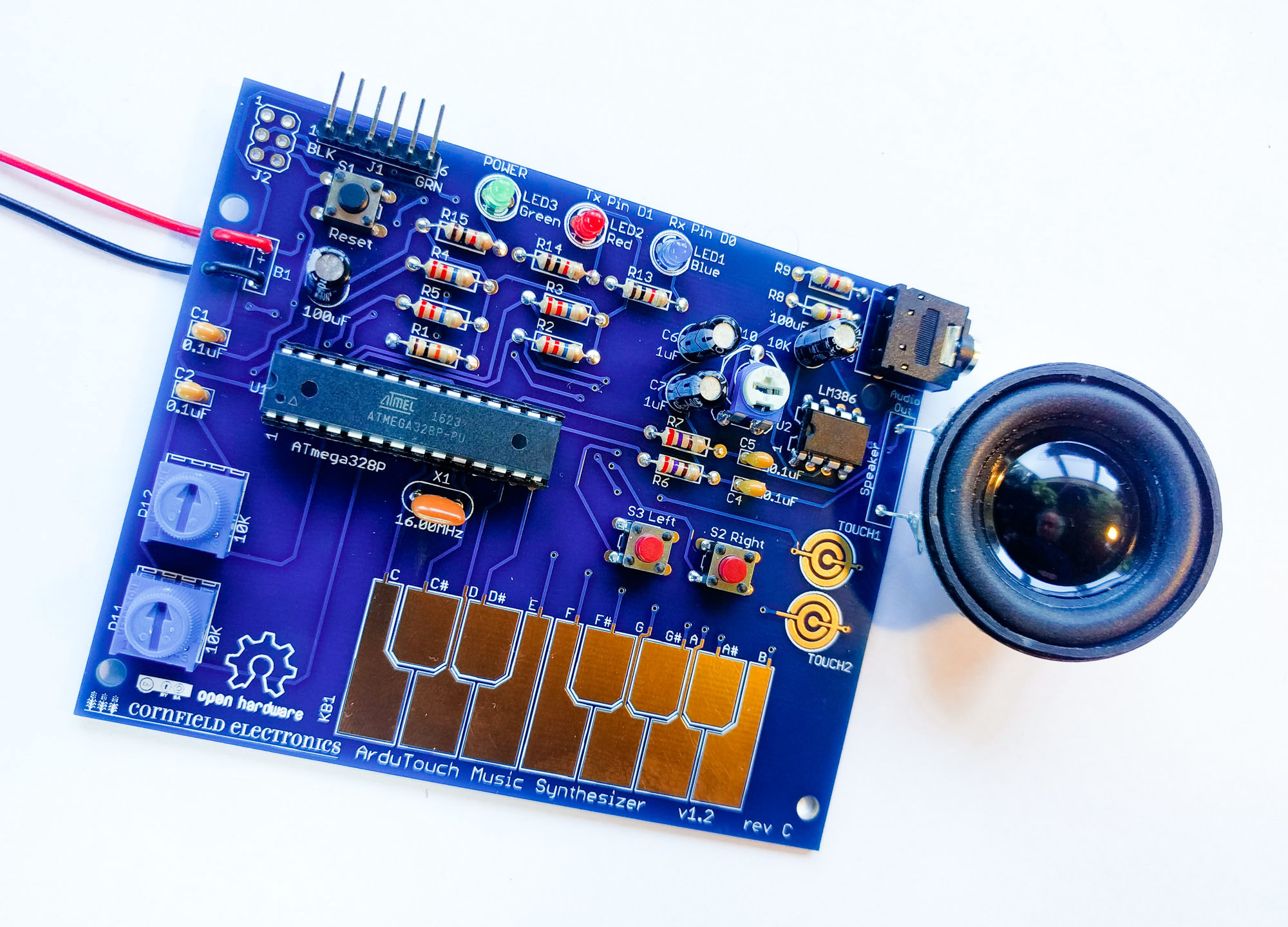 An ArduTouch library is available for programming in more super nice synthesizer features, and for making your own synthesizers. The library comes with examples (with more to come) that serve as a nice tutorial on how to create your own ArduTouch synthesizers (which are Arduino sketches).

ArduTouch is really just an Arduino Uno clone with a small amplifier & speaker, with a PCB touch keyboard, a couple of extra buttons, and a couple of pots (for playing music and controlling the sounds). The ArduTouch Arduino Library is where the real magic comes from!

For those who want to learn more, the documentation teaches the basics of Digital Signal Processing for audio generation (more documentation coming soon).