The SCCM Application Approval workflow is a solution which delivers rich e-mail based approvals to the SCCM application request process. Traditionally this experience is managed by an SCCM Administrator purely from within the SCCM console. Using this cloud driven solution, after requesting an application which requires approval, the user's manager will receive a secure, rich, yet simple email with corresponding 'Approve' or 'Deny' buttons, allowing them to take action from any device with access to their corporate email (smart phone, internet browser, outlook client, etc.). After implementing this solution, an example of the email driven approval workflow looks like the image below: 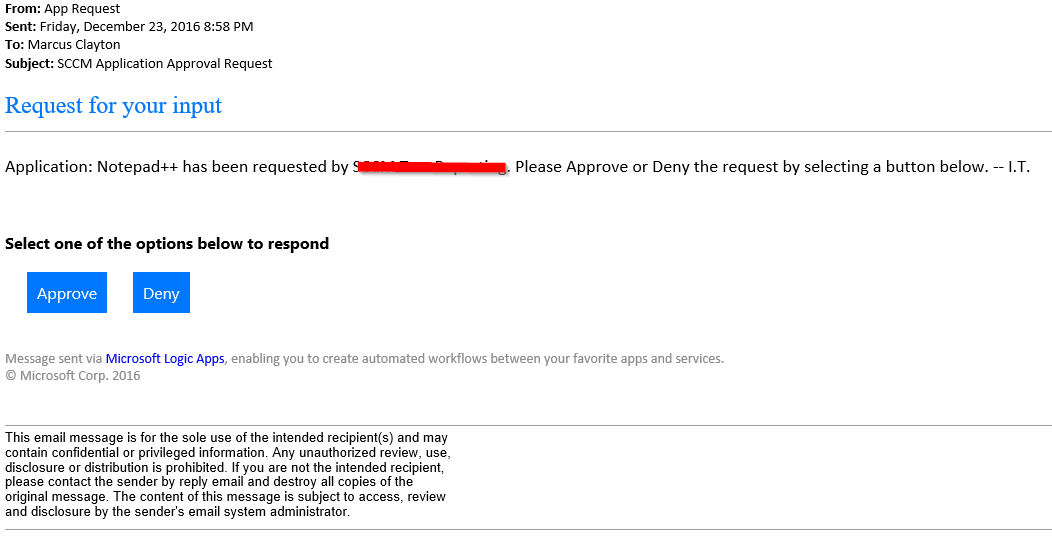 The components which make up the solution are outlined below, including any changes to the source files in this repo.