A branching model and workflow for GIT

A branching model and workflow for git

This branching model borrows from different ideas and incorporates my experience over the years.

If you think about introducing a branching strategy to your workflow, start small and add complexity when you need it. These are all suggestions that are meant to be changed and adjusted to match your needs.

Having a well defined workflow has a lot of benefits. This guide aimes to provide you with all of these:

The figure below shows what the branching model looks like. Arrows to the right (+->) indicate where to branch off from. Arrows to the left (<-+) show where to merge back into. The small dots (•) represent tags/releases.

This branch is used to merge urgent fixes that cannot wait for the next planned release.

Master is your main branch. Tags and Releases are created in that branch. It can go live anytime and tags here are used for rollbacks if necessary.

This is the main development or integration branch. It contains all finished story and feature branches. Integration tests can be run here. It is used as a safety net so that you do not need to work or rely on master until you really have to. It can also be used to share finished stories that another story builds upon but that is not yet released.

This branch represents a user story known from agile software development methodologies. Create one of these branches for each story/feature you want to develop to seperate unfinished work from the code base.

To prepare for a new relase a new release branch is created (have a look at the naming conventions).

In this branch you have the freedom to choose whatever bugfix or story you would like to release. If a story didn't make it in time for the release, then just do not merge it into this branch.

Because the integration of all changes needs to be tested, this branch is very likely to be identical to one of your test branches. But in this branch you can add version numbers or change logs - whatever is related to the release only.

The previously described approach assumes that all finished stories are automatically planned for release. In case you want more control over what is being released after a sprint you can branch off the release branch from master, then merge all of your story branches into it that you want to be part of the release. Then merge this back to master.

Feature Flags could also be used instead of the release branch, they provide some benefits over the integration branch strategy like A/B-Testing but also increase your lines of code.

The 'test' branches are 'read only branches' that can be used to install a set of features onto a testing environment or staging server. Simply merge any branch you want to test or cherry pick commits into this branch. You can have as many testing branches as you like. These branches can be used for automated integration tests. With every push on one of them, an automated build can deploy this branch to your testing server.

To spread knowledge about the codebase and programming practices to all developers and to ensure the quality of your code and branches I suggest to use pull/merge-requests when merging stories into development and definitly when merging anything back into master.

Let one of the approvers of your merge request be your integration system that runs all linters and tests.

To identify the different types of branches it is usefull to follow a certain naming convention. Naming commits a certain way can help developers read what has happened and could be used to generate changelogs.

The name of a branch consists of the following delimited by '-':

When using multi repos the identifier at the start can be used to keep track of matching changes (e.g. for back-end and front-end changes in different repos for the same story).

The exceptions to the rule are:

After all the work is done it is time to release something. Here is what that cycle could look like:

Tags should be used to record certain releases. Not only for archiving purposes but also for rolling back when something goes wrong with deployment. It is recommended to use annotated tags because the latest commit (default annotation) might not sufficiently describe the whole release.

There are a number of major types of commits:

I recommend using commitlint with the following schema:

I have also published commitlint rules that you can install to match this guide.

If you prefer a more visual approach to distinguish your commits you could try gitmoji. It also comes with a pre-commit hook and a cli.

All descriptions are written in imperative tense: 'change' not 'changes' or 'changed'. A good way to remember this to think of the words "This commit will ..." and then following this write your description.

Semantic versioning is used for tags and releases. 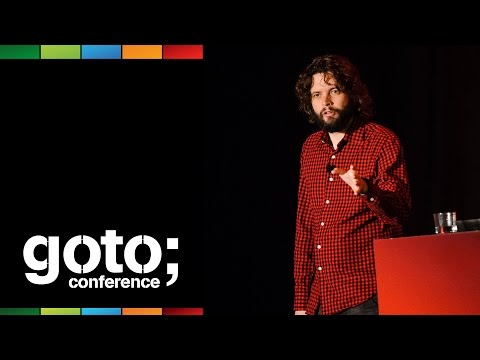 A branching model and workflow for GIT