lines expanded in a vertex shader 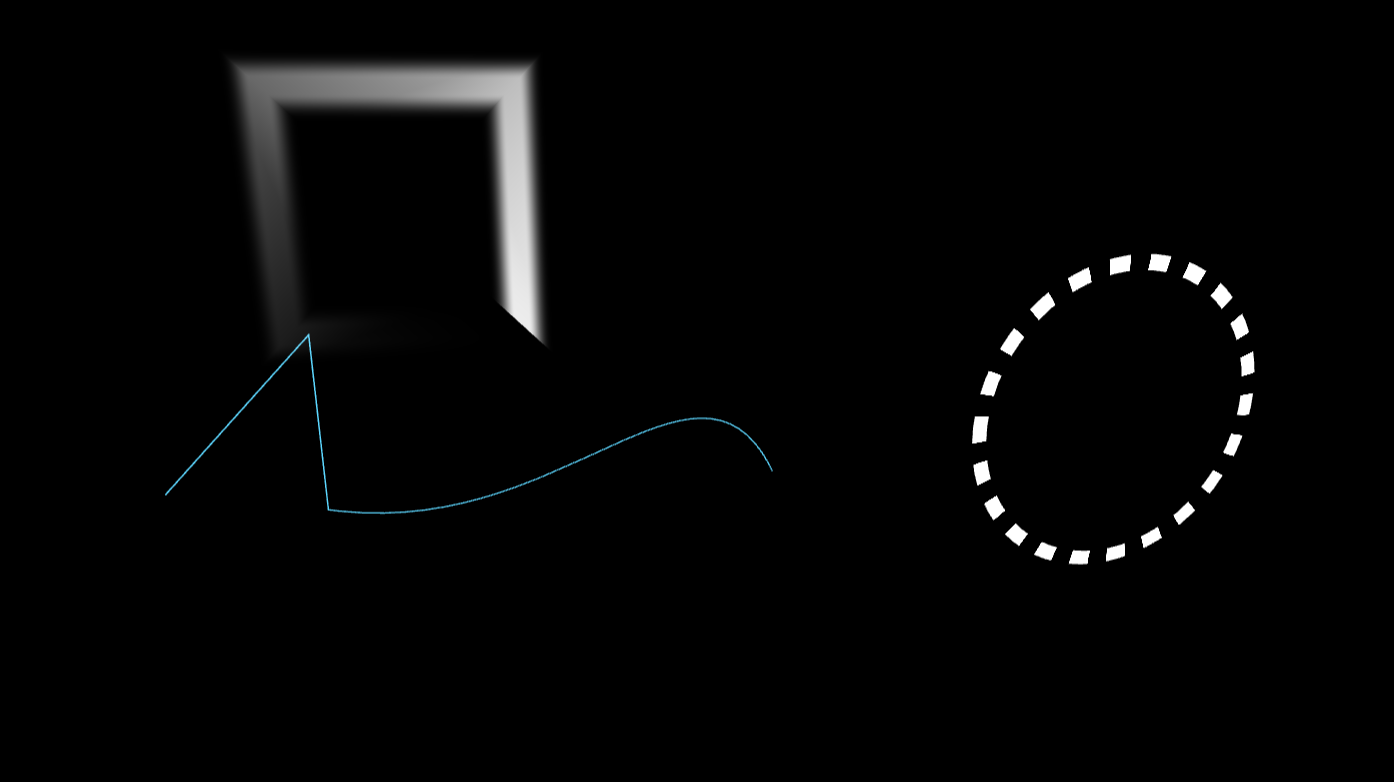 A utility for 2D line drawing in ThreeJS, by expanding a polyline in a vertex shader for variable thickness, anti-aliasing, gradients, line dashes, and other GPU effects.

See test/index.js for a complete example, as well as other shader applications.

Creates a new Line geometry from a 2D list of points. Options:

Note: You can also omit the path and just pass an opt object to initially construct the geometry. However, some versions of ThreeJS do not support dynamically growing vertex data, so it's best to pass an initial list of points with the maximum capacity of your desired line.

Updates the geometry with the new 2D polyline, which can optionally be a closed loop (default false).

You can run the demo locally on localhost:9966 with:

You can build the demo to a static JavaScript bundle with:

lines expanded in a vertex shader